A woman pushes a stroller in front of a Rakuten Cafe store in a Tokyo shopping district. Rakuten's attempt to obtain a bank charter in the U.S. has met with stiff opposition from the industry.   © Reuters
YUMIKO OSHIMA, Nikkei staff writerAugust 22, 2020 06:40 JSTUpdated on August 22, 2020 08:02 JST | Japan
CopyCopied

NEW YORK -- "Get your Big Fat Check or PayPal payment" by shopping at Rakuten, the Japanese e-commerce company's U.S. website tells its customers.

Despite the generous giveaways, this is not the ultimate shopping experience that Rakuten is aiming for.

As of now, loyal users in America receive cash back via check or PayPal every three months. But the company wants to replicate its successful business model from Japan, where customers use the Rakuten credit card for shopping and receive points that they can go back on the Rakuten site to use again.

The missing link, the credit card, is why Rakuten has been attempting for months to apply for a banking license.

Yet it keeps running into a wall.

Although Rakuten has not disclosed why, it is seen as due to stiff opposition from American financial institutions.

The banks are afraid not of the Japanese newcomer itself, but of another giant that may follow: Amazon.

"We'll reapply within the next few months," a Rakuten representative told Nikkei.

Rakuten Bank America CEO Lee Carter stresses that combining credit cards and e-commerce is the first step in the company's attempt to create an all-in-one Rakuten economic sphere where customers can book travel, buy insurance and make investments as they do in Japan. 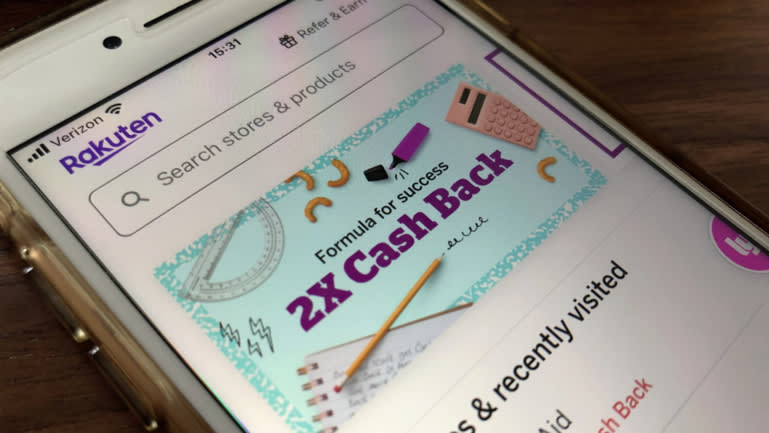 The U.S. does not permit commercial companies to engage in banking. Limited exceptions are allowed for industrial loan companies -- also known as industrial banks -- owned by nonfinancial enterprises, letting manufacturers, retailers and the like issue credit cards.

Rakuten Bank America was established for this purpose in July 2019 with $400 million in capital. But the move met immediate backlash from the banking industry.

Its first FDIC application for federal deposit insurance was withdrawn in March, then revised and resubmitted in May. The company has applied for an industrial bank charter in Utah, one of the few states that offers them.

American banks are worried that Rakuten's entry could create a loophole that could lead to the entry of other tech companies -- most notably Amazon, said a Rakuten source. They immediately became alarmed once they realized that the parent of Rakuten Bank America is a major Japanese e-commerce company, this source added.

The American Bankers Association and two other U.S. industry groups wrote to FDIC chairwoman Jelena McWilliams in June to oppose Rakuten's FDIC application, arguing that the revised paperwork "does little to address the fundamental question of mixing banking and non-financial activity as raised by the initial application, including concerns involving the use, privacy, and security of customer information."

Carter said that the company will follow all banking-related laws, including those related to customer data.

American banks historically have strongly opposed moves into banking by retail companies, with their large preexisting bases of individual customers. Walmart was forced to drop its 2005 application for a similar bank charter after a backlash and an FDIC moratorium on applications.