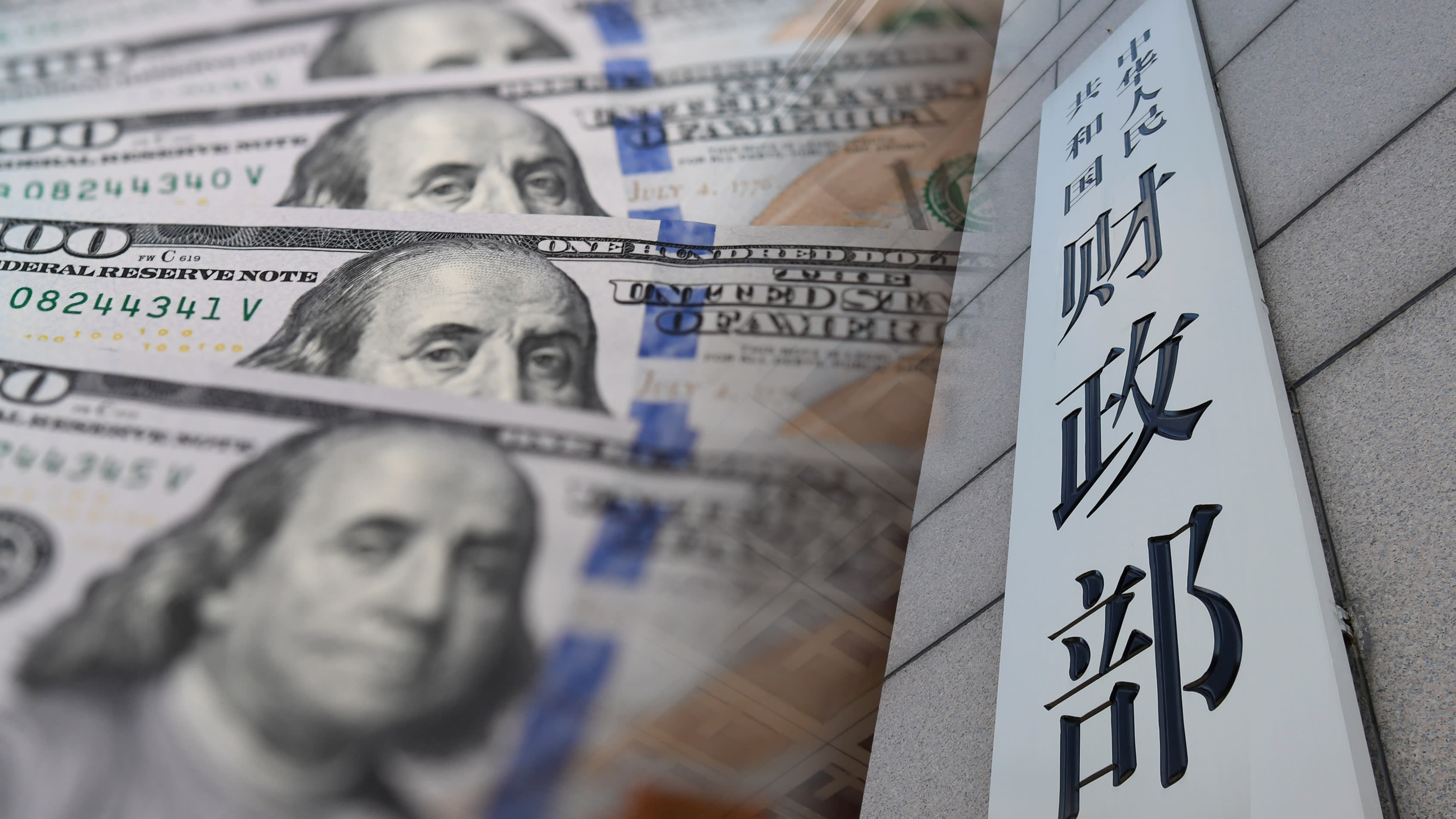 The sale raised $6 billion and garnered almost $30 billion in bids, helping the Chinese Ministry of Finance sell the debt at lower cost compared with an offering last year, according to two people familiar with the deal.

"The demand for the Chinese U.S. dollar bond sets the tone for more high-grade, dollar-bond issuances from Chinese corporate and supra-national entities" in the Asia-Pacific region, said Hong Kong-based Avinash Thakur, head of debt origination for Asia-Pacific at Barclays. "Such issuers have been waiting to tap the market, and the inherent demand will boost confidence. There continues to be good appetite for [Chinese] investment-grade bonds and high-yield debt from strong names."

By offering part of the issue as so-called 144A notes, China opened its bond sale to a broader set of U.S. institutional investors without the regulatory burden of a public offering.

U.S.-based investors will get almost one-fifth of the bond offering, according to a person involved in the transaction.

The reception could draw similar issues from entities with a demand for dollars, including oil companies Sinochem and Sinopec, banks such as ICBC and China EXIM Bank, bond arrangers said.

"The good reception for Chinese government bonds in the 144A market may mean more issuers will go down the path going forward," said George Sun, head of global markets for greater China at BNP Paribas in Hong Kong. "This may be the sign [that] China wants to broaden the investor base of Chinese credit bonds to U.S. investors as well and there is good receptivity.

"For U.S. investors, not just the Chinese economic fundamentals have rebounded -- the yields are attractive as well."

With the offering, the second-largest economy has tapped the U.S. dollar bond market for the fourth consecutive year. Last year China raised $6 billion, after $3 billion in the previous year and $2 billion in 2017, which marked its return to the market for the first time since 2004.

One clear motive behind the influx of capital into China's bond market is the search for higher returns, said Pramol Dhawan, head of emerging markets portfolio management at PIMCO. Chinese government bonds yield close to 3%, and higher-quality Chinese corporates can yield as much as 5%.

"Despite a growing economic and technological decoupling between China and the West, the financial divide is actually shrinking," he said. "Capital from the U.S. and Europe is flowing into China's bond market at an unprecedented pace, at least partly due to a search for attractive yield and high-quality alternatives to U.S. and European bonds."

U.S. regulators and lawmakers are moving to ban Chinese companies from accessing the nation's capital markets, spurring mainland entities to seek a secondary listing in Hong Kong. Trump has raised the prospect of a full decoupling, suggesting a potential permanent drop in trade between the two countries.

U.S. authorities have focused on a range of issues such as the erosion of Hong Kong's autonomy, alleged abuses against Uighurs in Xinjiang and accounting transparency for U.S.-listed Chinese companies.