SHANGHAI -- The specter of non-performing loans is once again looming over China.

The volume of distressed debt, which was already rising due to the economic slowdown since last year, is likely to grow further with financial authorities requesting banks to more actively lend money to businesses hit by the novel coronavirus outbreak. And foreign distressed debt investors, often called vulture funds, see opportunity. The government tolerates foreign money as it supports the economy, putting China on the global front line for investing in bad loans.

The 19-story Shuibo Hotel stands in the center of Kunshan, a city in Jiangsu Province, some 70 km west of Shanghai. The marble-floored lobby seems luxurious, but a closer look reveals stains and cracks. Lighting is kept to a minimum even in the evening. The 300-seat restaurant is closed.

A reservation website shows that an overnight stay at the hotel costs between 300 yuan and 400 yuan ($43-$58). It's more expensive than business hotels nearby, which charge around 200 yuan per night. "We hadn't been paid. But the hotel became a quarantine facility for COVID-19 patients in February and March with financial support of 2.8 million yuan from the local government. It gave us a new lease on life," said an employee at a cafe in the hotel, the only business that was open.

The hotel is one of the properties put on sale by China Great Wall Asset Management, a government-backed bad loan disposal company. Having bought the hotel from the Industrial and Commercial Bank of China for 70 million yuan several years ago, the management company is looking for an investor to buy the property for 120 million yuan. "The price is just for show. An institutional investor came to see the hotel recently," boasted a source close to the company. Local authorities apparently ask that the hotel be kept open for the sake of employment. Presentation to potential investors may be another reason.

The Shuibo Hotel is just one example of the non-performing loans at Chinese financial institutions. The outstanding volume of such debt held by commercial banks stood at 2.6 trillion yuan as of the end of March. Loans categorized as "at risk" amounted to 4.1 trillion yuan. Analysts agree that many of the at-risk loans in China have in reality become distressed. The combined volume of non-performing and at-risk loans exceeds 100 trillion yen ($950 billion). PricewaterhouseCoopers estimates that the volume of broadly defined NPLs held by banks and disposal companies reached $1.5 trillion in 2019. As a point of comparison, Japanese financial institutions held non-performing loans worth a combined 52 trillion yen ($492 billion) at their peak in 2002. Even when the gap in the economic size of Japan and China is taken into account, excessive debts and bad loans are obviously the Achilles' heel of the Chinese economy.

Another government-backed disposal company, China Orient Asset Management, says average market prices of distressed debts were around 30% of their book value in 2019, down about 10% from the year before. The falling prices have drawn the attention of foreign investors. 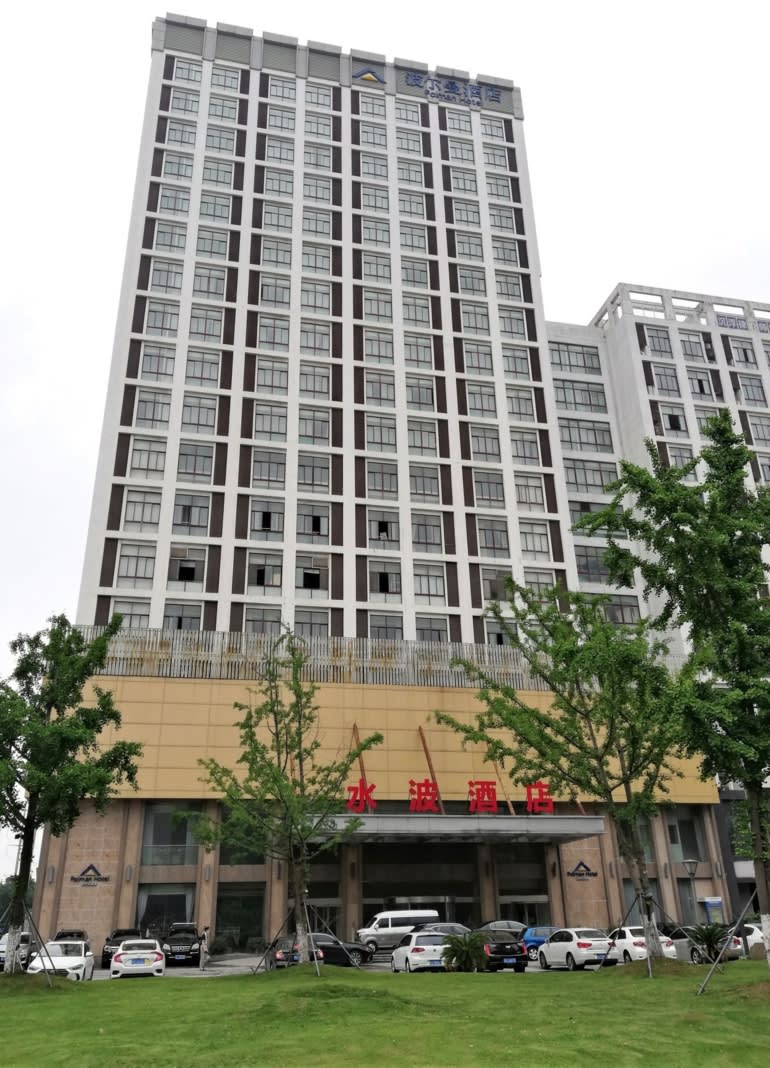 The Shuibo Hotel in the city of Kunshan in Jiangsu Province is an example of the non-performing loan problem faced by Chinese financial institutions.

Thus, it can be said that the second act of foreign investment in Chinese bad loans has begun. The first took place in the early 2000s when bad loans accounted for between 20% and 40% of outstanding loans held by state-run banks. The government set up disposal companies, and transferred 1.4 trillion yuan of distressed debt to them. Goldman Sachs is one of the foreign entities that took charge of the final stage of disposal.

But vulture funds left China after the 2008 global financial crisis. So why are they coming back now? "Falling prices of NPLs have led to an internal rate of return of around 15%, which foreign funds want to achieve," says Li Jiaqi, an executive at China Ping An Trust, a Ping An Insurance subsidiary providing intermediary services for distressed debt transactions.

The investment environment has turned favorable for them, as the U.S.-China "Phase One" trade agreement signed in January allows American investment funds to purchase NPLs directly from Chinese banks, on condition that they obtain a license from Chinese authorities. The first fund to do so was Oaktree in February. As the economic slowdown is causing the volume of non-performing loans to grow, authorities have changed tack to utilize foreign money. As a result, U.S. companies are getting more investment opportunities in China.

Foreign investors, however, don't have a magic wand that turns Chinese bad loans into money, says Li. "Actually they are less capable than domestic disposal companies, partly because of human resource shortages. What they are doing is mostly selling collateralized property," Li says.

One company symbolizes the difficulty of collecting debts. Jiangsu Sanyuan Stainless Steel Products is located in a village in the city of Taizhou in Jiangsu. It was supposed to have been liquidated in the spring of 2017, but factory operations are continuing at one-third of capacity. The Bank of China, which had extended a loan of 12 million yuan, exercised its right and tried to sell the property to recover the debt, but it hasn't succeeded. 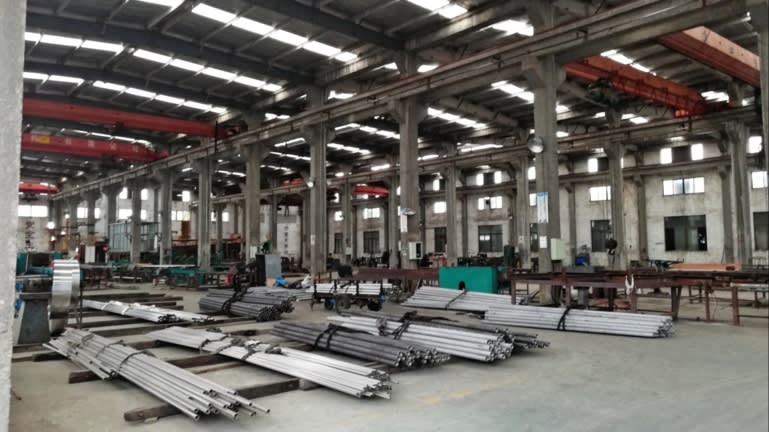 Jiangsu Sanyuan Stainless Steel Products in a village in the city of Taizhou in Jiangsu Province was supposed to have been liquidated in the spring of 2017, but is still operating at one-third of capacity.

The office next to the factory was cluttered with toys, while children of managers and employees ran around. From seemingly out of nowhere, company representative Gu Yuming suddenly appeared. "This is a farming village," Gu said. "Some of the land is collectively owned, which means a sales contract cannot be signed without approval from the village committee."

The committee chair, Gu's relative, has reportedly promised not to approve the sale as long as the company maintains employment. A Bank of China document shows that the lender has lowered the appraisal value of its loan to the company to virtually zero.

That foreign investors are taking on the hard task of debt collection suggests that it brings in worthy returns. One source says Bain and Oaktree have succeeded in raising new funds. But the pandemic prevents investors from coming to inspect properties, which could possibly lead to a year-on-year decline in investment volume in 2020. While bank supervision authorities forecast a surge in non-performing loans, many think that vulture funds will be in full operation mode from next year.

Interestingly, the U.S.-China confrontation has had little impact on fund activities. There's only one reason that pragmatic China allows foreign investors to operate: it needs money for bad loan disposal. A PricewaterhouseCoopers report discloses that a government-affiliated disposal company wanted to sell distressed debts even if doing so generates a secondary loss. A critical point is approaching.