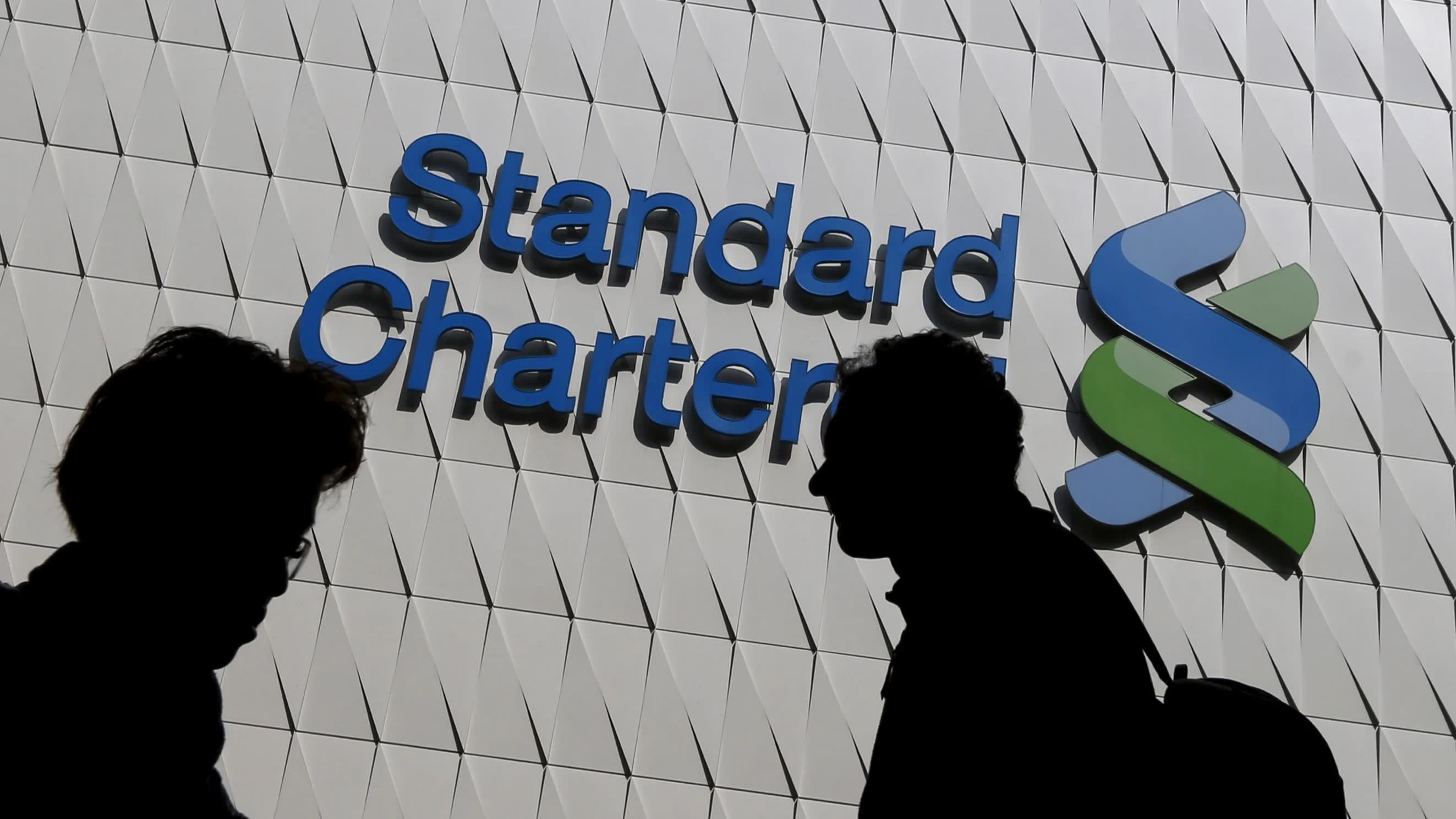 LONDON (Financial Times) -- Standard Chartered has been accused of handling $56.8bn of dollars in allegedly illegal transactions with Iran-connected entities in a civil suit brought by whistleblowers against the bank.

The whistleblowers allege StanChart cleared far more transactions in violation of Iran sanctions between 2009 and 2014 than the U.S. government used as the basis for fines paid by the bank in April.

The new claim filed on Thursday piles further legal woes on the emerging markets bank which has been hit with a series of penalties by U.S. law enforcement and regulators in the past seven years for lax financial controls and for handling transactions for companies in Iran and other sanctioned countries.

In April StanChart agreed to pay $1.1bn to settle charges that it violated sanctions and ignored red flags about its customers, after a multiyear investigation that followed settlements with U.S. authorities in 2012.

The settlement included a guilty plea by a former bank employee and a criminal indictment against a StanChart customer. It came shortly after the Trump administration began stepping up its pressure on Iran through additional sanctions.

StanChart said: "This suit is baseless and contains many of the same inaccuracies and false allegations as the relator's previous suit, which was dismissed.

"The U.S. authorities have been aware of these claims for several years and have not seen fit to join this suit or include the claims as part of our resolution of historical sanctions compliance issues in April of this year," it said, adding: "We will defend ourselves vigorously."

The whistleblowers -- a former senior Standard Chartered employee with a direct reporting line to top management and an American currency trader -- originally filed the case against StanChart in December 2012 under the False Claims Act.

The U.S. federal statue allows whistleblowers to sue on behalf of the government in so-called "qui tam" actions and share in the proceeds if the claims hold up. It carries treble damages and other penalties.

The case was voluntarily dismissed in late 2017, but was refiled late last year. This week, the claimants submitted their amended claim. It now includes explosive allegations that the government did not address broader conduct by the bank and failed to take into account greater flows of funds that allegedly breached sanctions.

The complaint alleges that the bank "used its resources to help terrorists to kill and wound American, British and other coalition military personnel and thousands of innocent civilians."

The whistleblowers allege that by allowing Iranian entities access to the international financial system, StanChart was helping Iran to finance terrorist organizations that allegedly killed U.S. and UK servicemen.

The whistleblowers said that evidence provided by them of continued alleged breaches of sanctions was at the root of the government's reopening of the investigation into StanChart after the 2012 fines.

This included information a Dubai-based division was actively seeking to get new clients in Iran after 2010 when the bank was supposed to be winding down the Iran business.

The suit names several StanChart executives. It alleges the bank's former Iraq and Afghanistan head Stuart Horsewood and managing director Vikram Kukreja headed a "deliberate, if concealed organizational structure" -- dubbed "Project Green" -- to develop Iran business, which operated until 2012. Mr. Horsewood and Mr. Kukreja could not be reached for comment.

It also alleges the bank's former deputy chief executive, Mike Rees, was kept abreast of the work of the "Iran group," which operated until 2014 tracking and disseminating information about the profitability of Iran-related transactions, according to the filings. Mr. Rees declined to comment.

The whistleblowers assert that information provided by them was so useful that in 2013 the FBI and Department of Justice asked one of the whistleblowers to get more data from a source in Dubai. This resulted in a monthslong operation after which they delivered additional data documenting thousands more allegedly illegal transactions, according to the filing.

Filings published by U.S. and UK authorities as part of the most recent settlement with StanChart did not make any explicit references to information provided by any whistleblowers.

The DOJ declined to comment on why the whistleblower contribution had not been mentioned in the April settlement or on whether it would seek to dismiss the suit.

Under the False Claims Act, the U.S. government has to investigate allegations made in such actions and then decide whether to prosecute the allegations itself, or instead allow the plaintiff bringing the case to pursue it.

Experts in False Claims Act cases have raised concerns about the possibility that the whistleblowers' contribution was not being acknowledged even if the information contributed to the government's settlement with the bank.

"For [the DoJ] to literally bite the hand that feeds it would be problematic, at a time whistleblowers particularly need to bring them information on sanctions breaches," said Mary Inman, a partner in Constantine Cannon's London office.