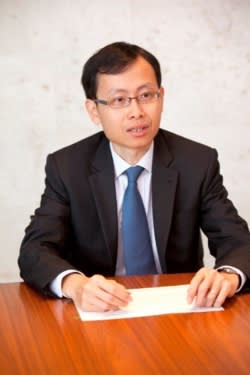 Chow Wing Kin, portfolio manager of ASEAN equities with its Singaporean arm, told the Nikkei Asian Review that if Widodo is able to implement his reforms successfully, more capital will flow into its financial markets. "We see a lot of value in the banking and real estate sectors for Indonesia," he said. "Some of these stocks have done very poorly as far as short-term earnings are concerned, but on a recurring, long-term basis, the earnings model and the returns are actually not impacted."

The sector allocation for financials in Eastspring's Indonesia equity fund was 37%; Indonesian banks took of the top 10 holdings, including Bank Rakyat Indonesia, Bank Mandiri, Bank Central Asia and Bank Negara Indonesia. "I think people are still cautious on Indonesia, and rightly so, with the political challenges they may face," said Chow. However, "if the new government manages to push through with reforms, then potentially, there will be opportunities for [the banking and real estate] sectors." As of November 18, the Indonesian authorities have already cut fuel subsidies and raised interest rates.

Chow has "some positions in Philippines utilities ... and real estate companies are in overweight position" as well, he said.

He recognizes that "remittance [from workers overseas] is one of the drivers for consumption, and that tends to be more defensive, or less affected, [even] in the downturn."

On the other hand, he is less bullish on more mature markets such as Singapore and Malaysia, because of their lower productivity improvement due to domestic headwinds. Thailand is another concern because of its political uncertainty. Potential changes in its regulations on foreign businesses may further limit foreign investment. "We are monitoring the situation in Thailand closely," he said.

The start of the ASEAN Economic Community at the end of 2015 is a positive factor, he said. "With fewer trade barriers and more free movement of talent as well as capital and investment, hopefully it will make ASEAN a more attractive region for investors."