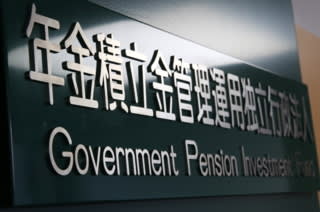 Japan's Government Pension Investment Fund is one of the world's biggest institutional investors. It held some 20 trillion yen in Japanese stocks at the end of September.

TOKYO -- Japanese lawmaker Kozo Yamamoto's annoyance was beginning to show as he listened to welfare ministry officials utter one noncommittal response after another. "I have absolutely no idea what you're saying," he told them.

It was early last December, and Japan's ruling Liberal Democratic Party was trying to pressure the ministry to hurry up and realign the Government Pension Investment Fund's bond-heavy portfolio. The conservative GPIF manages some 120 trillion yen ($1.15 trillion) in assets, making it one of the world's biggest institutional investors.