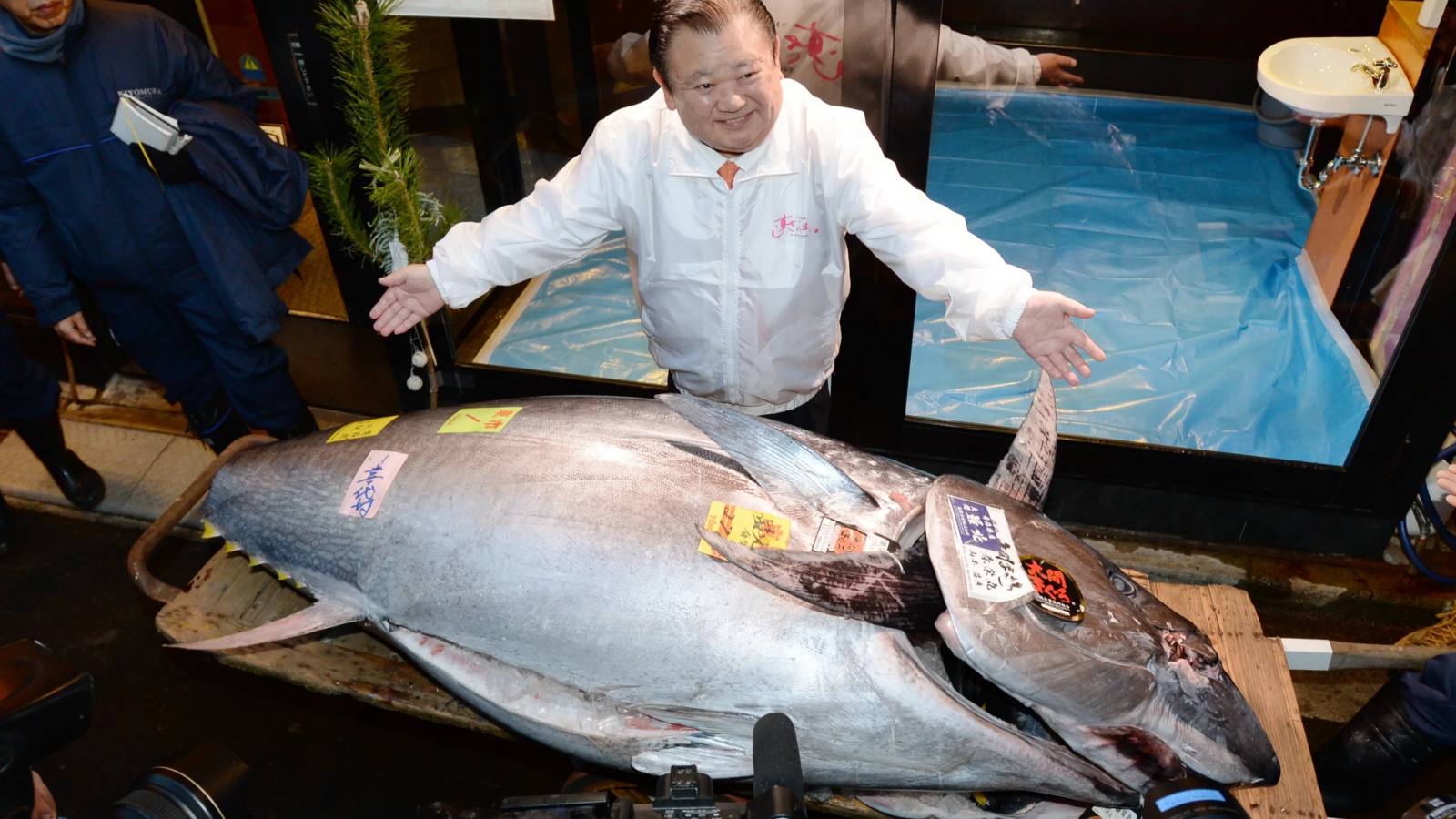 Japan targets seafood poachers with plan for 'proof of origin'

Japan shells out more for summer fish as catches dry up 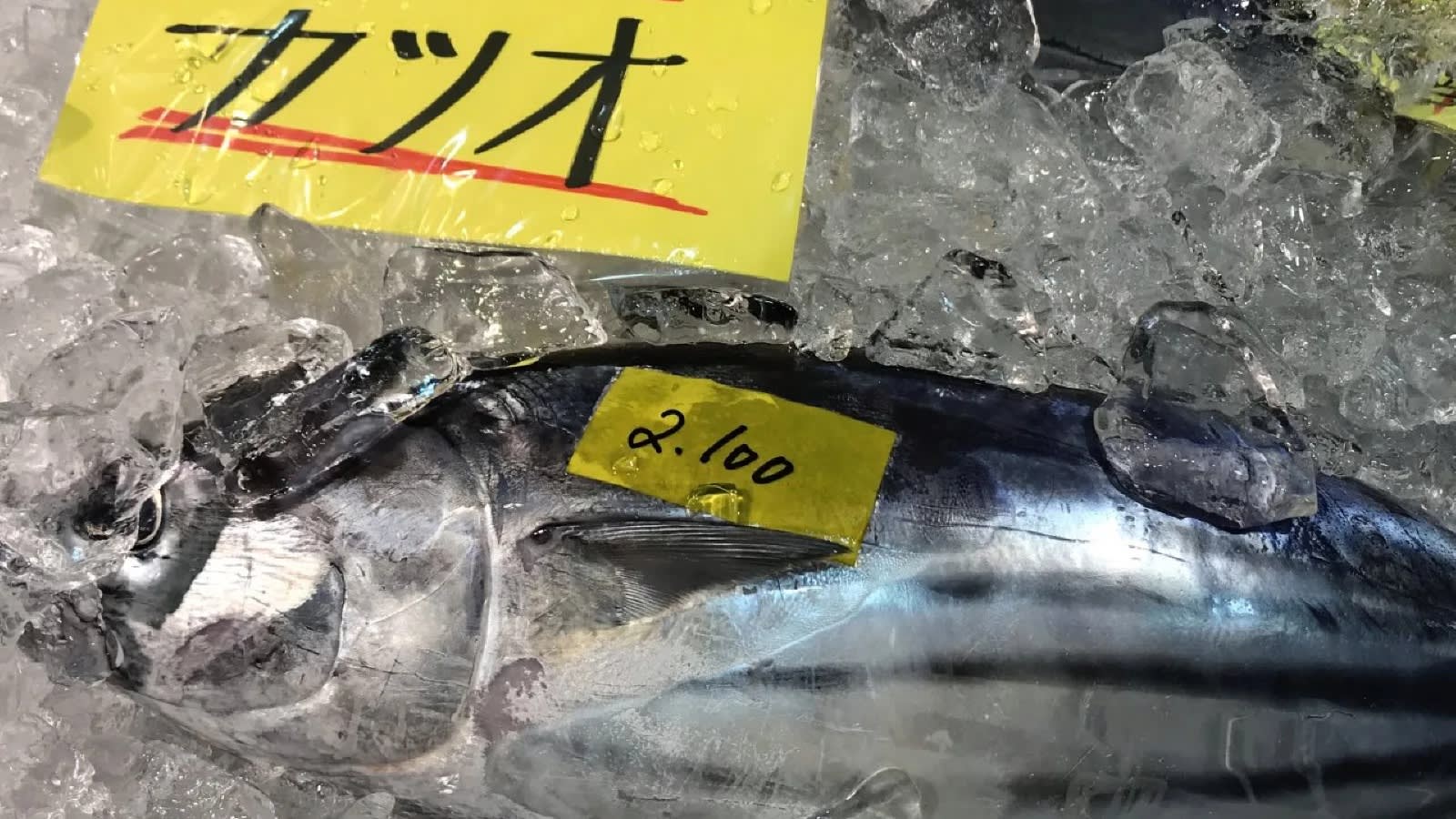 The port of Kesennuma in Miyagi Prefecture -- Japan's top landing spot for skipjack tuna for 22 years running -- is usually bustling with fishing crews and brokers in the spring and fall, when skipjack migrate close to Japan. But not a single skipjack was caught in Kesennuma for a month from late May, and the haul through the end of July was 70% smaller than last year's.

Overall catch volume at major ports across Japan is down 40% on the year, data from the Japan Fisheries Information Service Center shows. As a result, local wholesale prices for skipjack -- used to make dashi broth, a culinary staple -- averaged 25% higher between January and July than a year earlier.

Overfishing near the equator, where skipjack spawn, seems to be a factor, according to the Fisheries Agency. The Japan Fisheries Research and Education Agency said that changing ocean conditions, including water temperature shifts and a sharp southward swing by the warm Kuroshio Current in the northwest Pacific Ocean, have played a major role.

"Fish seasons are screwed up," a wholesaler at Tokyo's Toyosu fish market said.

Horse mackerel fishing off the coast of Nagasaki and Fukuoka prefectures in southwestern Japan usually peaks starting in July, but yields have dropped by as much as half this year, and prices have risen by a quarter.

Catches of Japanese flying squid, which have been weak for some time, show no sign of recovering. The amount brought in through the end of July fell 15% from the already lackluster figure a year earlier, while wholesale prices were up 7%.

Yields of seafood that fetch the highest demand in summer, such as octopus and abalone, are low as well. Octopus in particular has seen a steep 30% plunge in catches.

"There aren't a lot of fish we can sell reliably," said a representative of a midtier supermarket chain. "We have to rely on imports of things like salmon."

Amid all this, one fish has flourished: sardines.

Hauls of fattened sardines along Japan's northeastern Pacific coast have surged 30% on the year. Sardines could even become Japan's top catch this year, leaping above mackerel to the top of the list.

Yet despite the upswing in supply, wholesale prices have stayed roughly flat at 45 yen (42 cents) per kilogram. Prices at Tokyo fishmongers remain about the same as last year as well.

This owes to strong demand. Major seafood companies such as Maruha Nichiro are ramping up production of canned sardines.

The small fish are also ground into meal to feed larger species such as bluefin tuna at farms. Even as aquaculture has gained ground in China and elsewhere in recent years, poor catches of fodder fish in major producing countries such as Peru have pushed up international fish meal prices, supporting the market for sardines.