The bill was expected to be passed earlier in the day, but the opposition camp threw up one last procedural roadblock: It introduced a no-confidence motion against the cabinet of Prime Minister Shinzo Abe in the lower house.

The bill had long been held up by concerns over gambling addiction. Several polls conducted by media organizations in the past month or so say a majority of the public did not want the bill passed during the current Diet session. In a Nikkei poll at the end of June, 53% of the respondents were of this opinion.

The no-confidence motion proved to be the final delay for a law that Abe and foreign casino operators have long awaited, one that promises to unlock one of the world's last major untapped casino markets.

The law allows so-called "integrated resorts," an expression meant to mask the gambling aspect of these complexes. These resorts offer casinos along with hotels, entertainment and conference facilities. Abe sees them as a way to attract foreign investment, boost overseas tourism and invigorate the economy.

Here are answers to five questions about the new law. 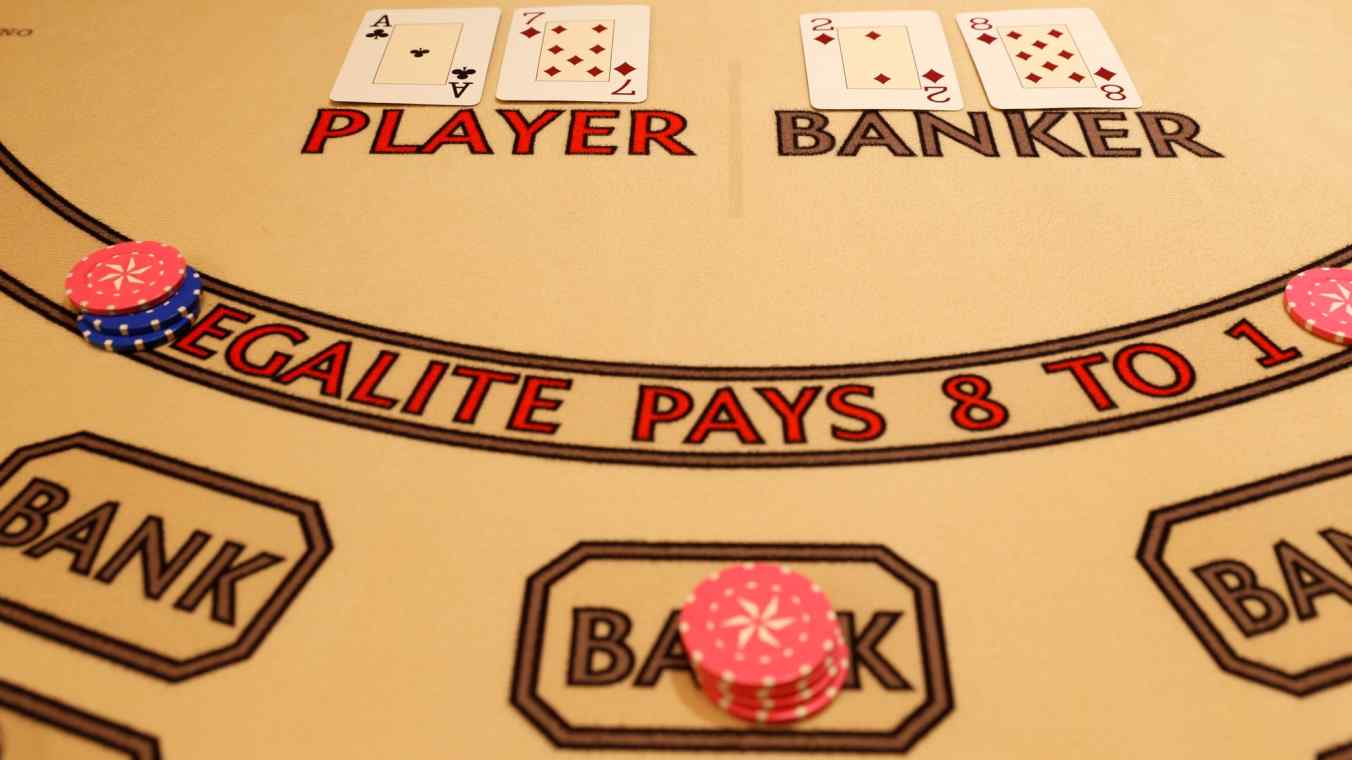 What does the new law do?

The legislation creates a framework for the operation of casino resorts, following up on the integrated-resort promotion law of December 2016. It allows casino gambling at integrated resorts.

An initial three casino licenses will be issued, with a 30% gaming tax to be paid to the central and local governments. Gaming areas are limited to 3% or less of total resort floor space. Entry will be free to international visitors but cost 6,000 yen ($50) for Japan residents, who will also be limited to three visits a week and 10 per month.

Japan's ruling party faced continuous opposition to the bill in the lower and upper houses of parliament. To get the bill passed, it had to emphasize how tightly casino gambling would be regulated.

Integrated resorts were first developed in Las Vegas, the gambling capital of the U.S., in an attempt to draw in more people. More recently, Singapore has used integrated resorts to revive its tourism sector, employment picture and economy. Its success has attracted the attention of lawmakers in other countries, including those in Japan. 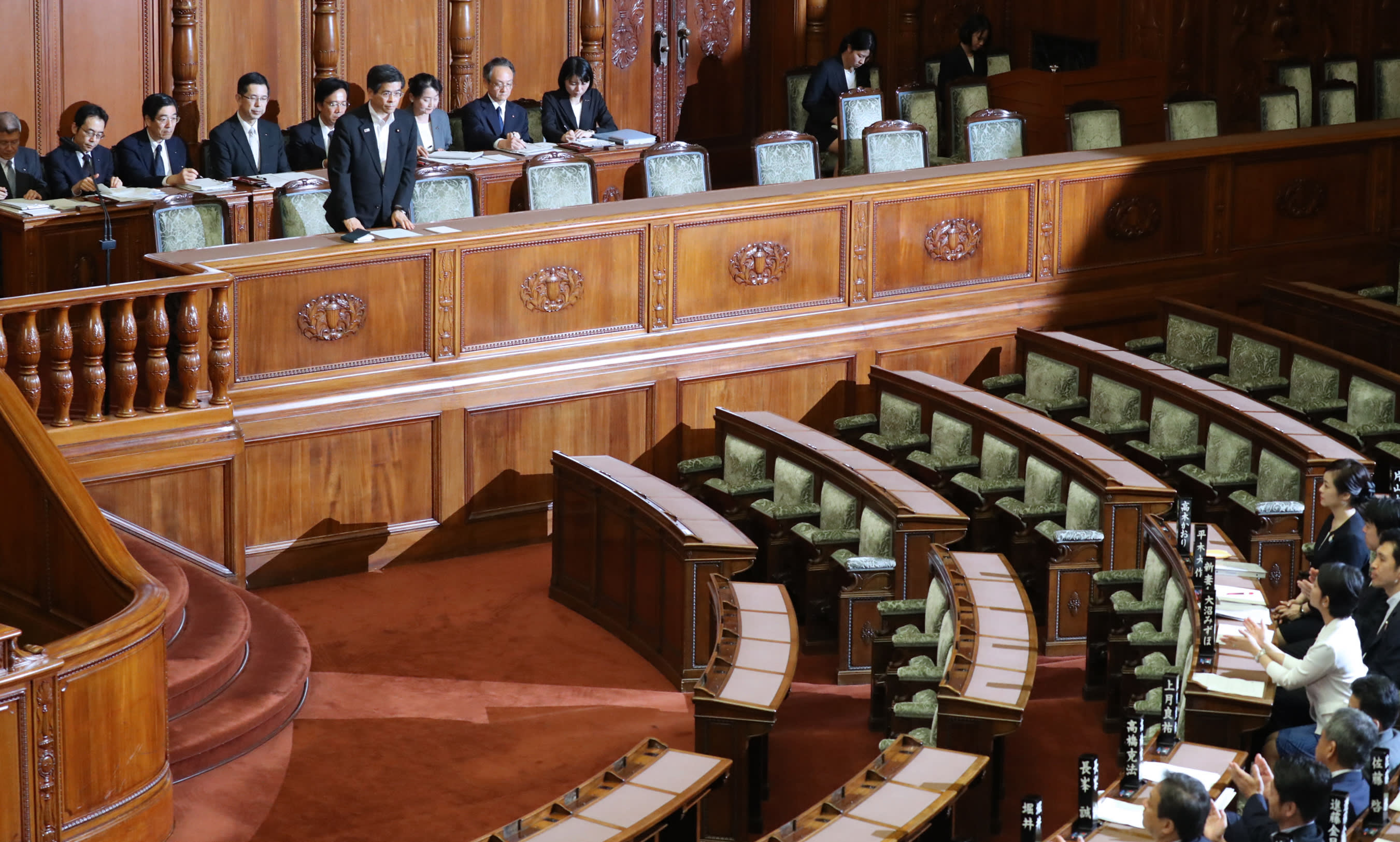 Casinos are the biggest profit contributors at these complexes. The Marina Bay Sands, in Singapore, earns more than 70% of its total revenue from casino gambling.

With the law passed, the government will set up a committee in the first half of 2019 to manage the licensing process. Praveen Choudhary, an equity analyst at Morgan Stanley, expects bidding to start in 2020.

Where will the resorts be?

Osaka, which will host the 2025 World Expo and is seen as the leading candidate for one of the first three casino licenses, has proposed building a casino and entertainment complex on the artificial island of Yumeshima.

Tokyo and Yokohama are also studying the possibility. Tomakomai, on the northern island of Hokkaido, has also shown interest, along with central Japan's Wakayama and Sasebo, in Nagasaki. 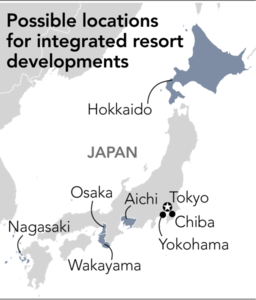 Who will run Japan's integrated resorts?

Japanese players are also eager to try their hand. Sega Sammy Holdings, which owns 45% of South Korea's first integrated resort, Paradise City Incheon, and slot machine maker Konami Holdings have both announced their intention to participate in the projects.

Entertainment company Shochiku, which has collaborated with MGM on Kabuki performances in Las Vegas, sees the new law as "an opportunity to enlarge our customer base," said Tomoko Murakami, head of public relations.

Why is Japan important for the casino industry?

"Japan is one of the [world's] last three attractive regions, along with Brazil and India," according to Rory Credland, event director for gaming at U.K.-based Clarion Events.

Global casino revenues reached $122 billion in 2017, up 8.8% on the year, according to Global Betting & Gaming Consultants. But the industry faces headwinds. Chinese visitors to Macau have slowed in recent years under President Xi Jinping's anti-corruption campaign. Now so many Las Vegas-style resorts exist that Las Vegas itself generates a third as much gambling revenue as Macau.

Who will visit the casinos?

While much attention has been paid to the rising number of inbound tourists, Goldman Sachs estimates that 57% of visitors to Japanese casinos will be locals. This is a higher ratio than in other markets. At Asian casinos, the overall figure approaches 29%, according to Masaru Sugiyama, vice president of global investment research at Goldman Sachs Japan.

In a 2017 report, Osaka forecast 15 million local casino visitors in 2030, accounting for nearly 70% of all visitors, if a resort is developed on Yumeshima.

This is one reason the legislation faced opposition in parliament. Gambling addiction has presented a major concern, along with the risk of involvement by organized crime. Japan's legal options for betting are largely limited to racing events and lotteries. The country also has many pachinko parlors, but the law does not consider pachinko to be gambling.

The new law enables foreigners and Japanese nationals who deposit a certain amount of cash at a casino to borrow money from the operator. Some lawmakers said this mechanism could prove dangerous. People who are hooked on gambling, these lawmakers say, could go into debt trying to win back their losses.