AI-brewed beer? NEC concocts a style for your generation 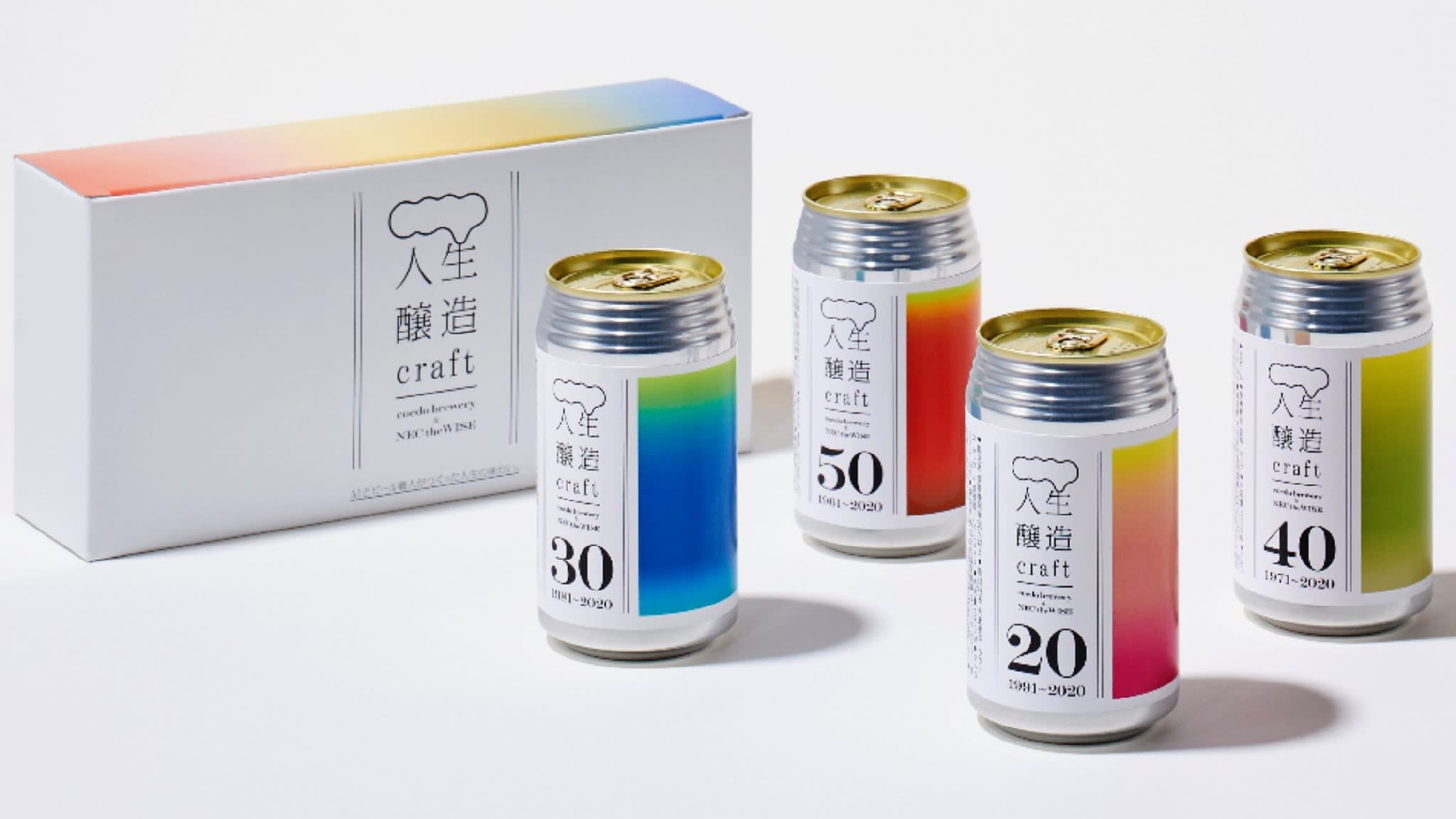 Each generation gets its own distinct taste and color in a new lineup of beer from NEC. (Photo courtesy of NEC)
NIKI MIZUGUCHI, Nikkei staff writerJuly 16, 2020 04:28 JST | Japan
CopyCopied

TOKYO -- Japanese IT services group NEC and its partner microbrewery have devised a series of alcoholic beverages using a mix of artificial intelligence and pop culture that they say is sure to be the choice of any generation.

Although it will ultimately be up to consumers whether the drink hits the spot, NEC said Wednesday its new line of beer describes trends that people in their 20s, 30s, 40s and 50s have experienced in each decade of their lives.

Using its AI, the company analyzed images of fashion magazines from publisher Shogakukan to identify colors that were trendy when each generation was in their 20s. AI also looked at words and texts in other Shogakukan magazines for different 10-year periods for each age group and assigned numerical values in aroma descriptors such as "fruity" and "caramel."

Images of fashion trends were also linked to taste descriptors, including "dryness" and "sweetness."

NEC serves a dark red brew with higher alcohol content for 50-somethings, who enjoyed Japan's go-go years in the 1980s when they were young. Millennials in their 30s, said to have distinct values different from older generations, get a greenish-blue drink with some sourness and bitterness.

A yellow beer was developed for those in their 40s and a pink brew for 20-somethings. The canned beverages were brewed by Kyodoshoji, the company that operates Coedo Brewery. A pack of four cans, one for each generation, retails for 1,400 yen ($13).

NEC has cooked up food items using AI twice before. Coffee beans based on renowned Japanese novels were offered in 2017, and chocolate bars depicting the mood of specific years or time were developed in 2018.