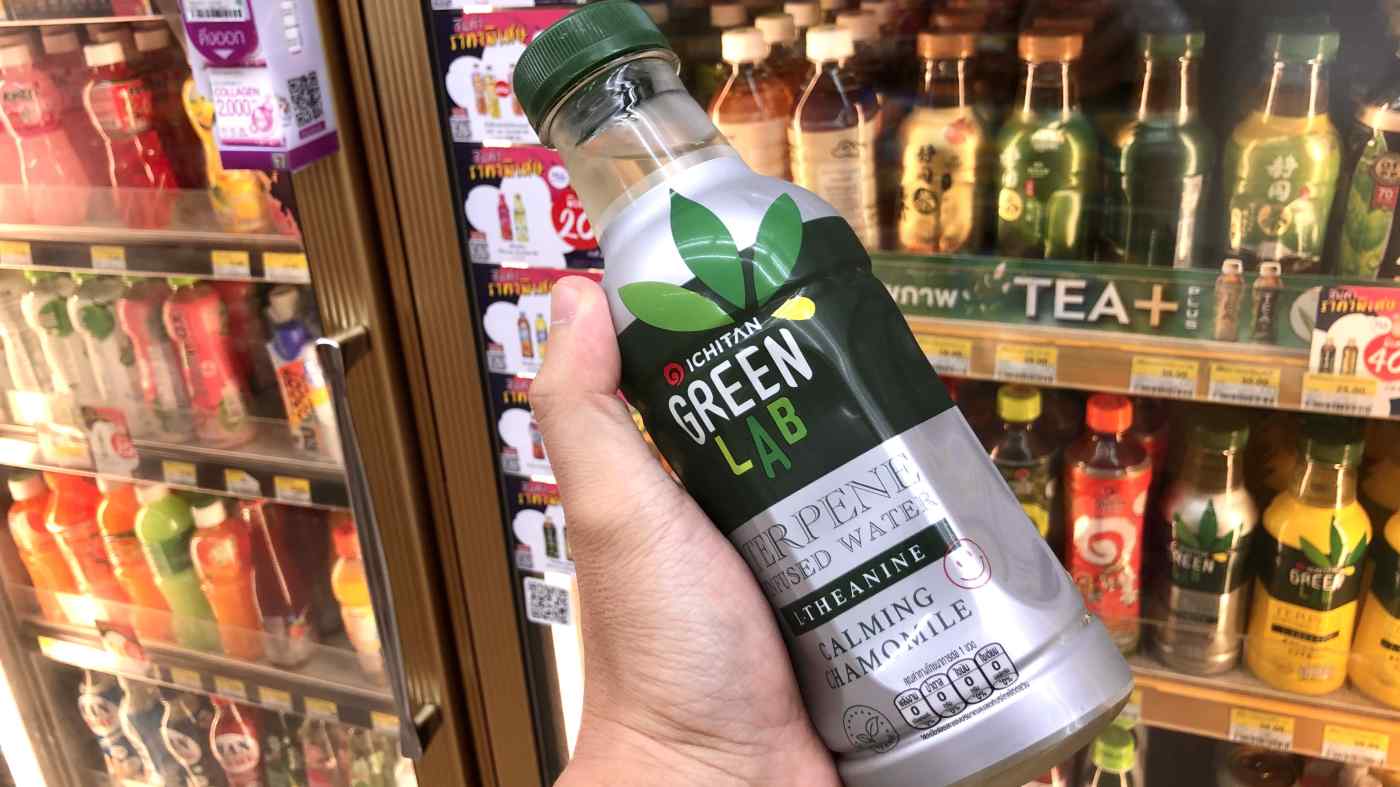 BANGKOK -- Cannabis-related products have become more accessible than ever for people in Thailand, as bottled drinks scented like the plant are being sold at convenience stores and in vending machines nationwide.

Both flavors were recently priced at 30 baht ($0.96) at a 7-Eleven outlet in central Bangkok. Ichitan has set a sales target of 500 million baht ($16 million) for the products in their first year. Ichitan was one of the first large Thai food and beverage companies to spot potential in cannabis products. There are multiple independently licensed restaurants, cafes, and bars that serve hemp dishes and drinks. No one has attempted to reach the mass market the way Ichitan has.

"Being the first mover in the new market will be an important factor to gain an advantage [with] the product launch, while studying the behavior target customers -- [the] urban new generation," said Ichitan CEO and President Tan Passakornnatee.

After allowing medical marijuana in 2019, Thailand in January further relaxed regulations. Any individual or company can obtain permission to acquire, grow, produce and sell hemp products. Parts of the hemp plant can be processed to make medicines, food or cosmetics. However, the hemp used in beverage products has not been approved under the law, according to Ichitan.

Thailand treats hemp and cannabis differently. Although they are in the same family, hemp is nearly tetrahydrocannabinol (THC )-free. It is also known for its strong fibers, which can be made into rope, paper, clothing and other products.

"We have a strong alliance with production sources, [and are] expecting to receive a license for [hemp] planting and extraction, covering upstream and midstream," Tan said. "Once the green light from the law is received, production can be started instantly," he added.

Farming cannabis will only be allowed under government supervision. Use of the highly narcotic parts of the cannabis plant, especially the flower and seeds, will be strictly limited to medical use, research and cultivation.

Cannabis legalization has become a global, if spotty, trend. New York in March became the 16th U.S. state to legalize recreational marijuana, as cannabis is commonly known in North America. Mexico is awaiting Senate approval of a bill that would legalize recreational cannabis. The Chamber of Deputies, the lower house, passed the legislation in March and President Andrews Manuel Lopez Obrador has signaled willingness to sign the bill. More than 50 countries have legalized medical marijuana.

The Thai government promotes hemp and cannabis as cash crops in a number of ways. It believes hemp products can attract curious travelers as well as medical tourists. Growing hemp and cannabis could generate income for farmers.

Investors see the legal cannabis market as a gold mine as well. Thai fund MFC Asset Management announced a plan to establish Thailand's first mutual fund focusing on investments in hemp-related businesses. The asset manager expects the global legal cannabis market to grow by 17.1% annually through 2025.

However, commercial interest in cannabis in Thailand, which was sparked by the deregulation in January, has been dampened by the third wave of the COVID-19 pandemic and subsequent lockdowns of business. The first large cannabis convention in Bangkok scheduled for April 19-20 has been postponed to July 19-20. A business seminar on cannabis extracts scheduled for Thursday has also been canceled.