OSAKA -- Craft beer can be found just about anywhere in Japan, with each brew made from local ingredients to create a variety of regional tastes. Adding to this heady mix have been increasing numbers of young, talented brewers from overseas, who leave home to practice their craft in Japan, often in small, out-of-the-way communities.

Ben Emrich is one of them. Last year, the young American chose the kitchen of a former day care facility to set up Nomcraft Brewing in the town of Aridagawa in Wakayama Prefecture. "People in Aridagawa helped us bring these tanks into this room," he said, motioning to the large brewing vessels. "They drove the car, and we built them together."

Originally from Portland, Oregon -- where the craft beer boom never ended -- Emrich manages the small-town brewery with Adam Baran of Chicago and Takumi Kaneko of Aichi Prefecture. The local government is trying to revive the sleepy town in west Japan, and has received urban planning advice from Emrich's home, which boasts more than 70 breweries.

Emrich first came to Japan in 2011 and worked at an English-language school in Osaka. There he saw the growing popularity of craft beer, which reminded him of his youth and the craft beer boom that swept Portland. "We had the same movement," he said. "Same as in Japan."

Hoping to find a way into the burgeoning Japanese market, he went back to the U.S. in 2017 to study brewing techniques. His partner Baran did the same, returning to Chicago to learn the craft.

Emrich became interested in Aridagawa after hearing of the urban development projects the area was undertaking in conjunction with Portland. "The community in Aridagawa was so special," he said.

The location is ideal for his business, with the waters of the Aridagawa River just right for brewing. "I like the water in Aridagawa because it's so neutral. It's like a canvas: You can paint a picture with every ingredient," Emrich said, noting the similarity to water in Portland.

His other partner Kaneko had once visited Portland, where he struck up an acquaintance with an Aridagawa municipal employee in Oregon on business. Upon returning to Japan, he went to the little town where he met Emrich, who was already setting up shop. The two soon bonded and decided to work together, with Kaneko later trotting off to Australia to study brewing.

Each of the partners has a specific role, but "we're always putting a lot of energy into making beer," Kaneko said. They combine traditional Portland brewing methods with an aggressive Chicago-style of experimentation, including the use of coffee beans and the skins of local tangerines.

After only six months, they started producing 2,400 to 3,000 liters of beer per month and now count over 100 restaurants as customers. 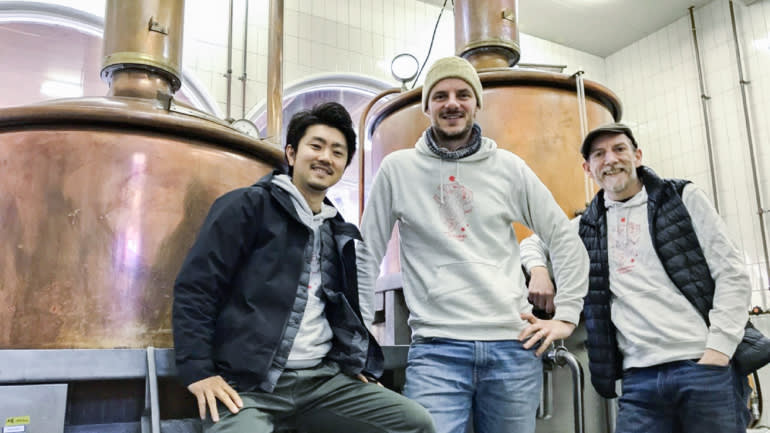 North of Nomcraft Brewing in Shiga Prefecture, another pair of foreigners have teamed up with a local to make beer. Hiroaki Tanaka from the town of Hino, Brit Tom Vincent and Pole Sean Chumiecki partnered in 2018 to establish Hino Brewing, specializing in craft beers for festivals and other events around the country.

The three found each other in 2017 at the Hino Festival, which dates back more than 800 years. One of their bestsellers is Baka Lager, brewed to conjure the image of bakabayashi, the music at Japanese festivals. "Even after you've carried the mikoshi, you won't get tired drinking our beer," said Tanaka, referring to the small shrines that are marched through streets during festivals.

The brewery made 20 kiloliters of beer in 2019 and plans to double production this year.

Chumiecki, who handles brewing, honed his techniques in his native Poland and from making beer at home for six years while living in the U.S. Tanaka's parents are retailers and wholesalers of alcoholic beverages. After the two kicked off their business, they were joined by Vincent, who moved to Japan in 1996 and worked at an internet company and advertising agency before moving to Hino in 2017.

Always on the lookout for new techniques and equipment from overseas, Chumiecki ordered lubelski hops from Poland in November to make a smoked beer commemorating 100 years of diplomatic relations between Japan and Poland. The hops were the first of their kind to be imported into Japan. 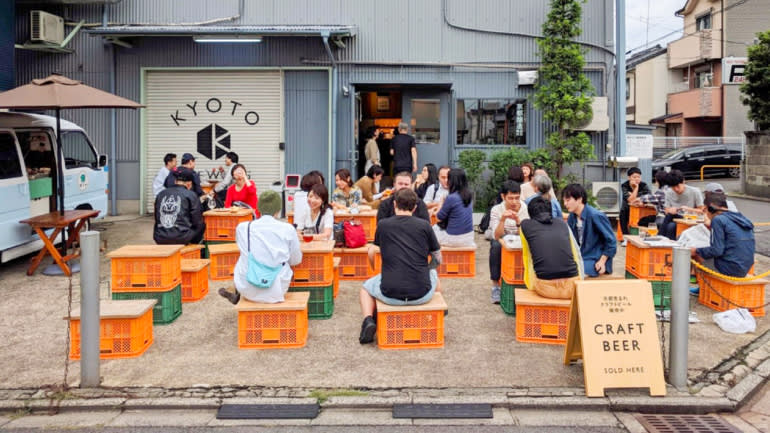 Kyoto Brewing, in the heart of the city's tourist district, distributes its craft beers to more than 90 restaurants in Japan.

Hainge, who oversees brewing, was a beer hobbyist while in the U.S. After coming to Japan, he found a job at a university but could not get beer off his mind. So he went home to study brewing in California. After returning to Japan, he continued his studies for a year at craft beer maker Tamamura Honten in Nagano Prefecture.

The three chose Kyoto because of the city's rich history, tradition and culinary culture. They managed to raise 100 million yen ($931,500) to start the business, and in 2015 obtained their brewing license.

Kyoto Brewing features three regular brews, including Ichigo Ichie, meaning a once in a lifetime encounter to be cherished, and Ichii Senshin, which roughly translates into doing something with all your heart.

About 90 restaurants serve Kyoto Brewing's product, most of them in Kyoto, Osaka and the Kanto region to the north. In 2015, annual production capacity was less than 40,000 liters, but has since increased to over 170,000 liters.

Kyoto attracts overseas and domestic tourists in search of old Japan, a fact not lost on the partners. "We want to make beer that really suits Kyoto, where you can breathe in tradition and culture," said Falck. 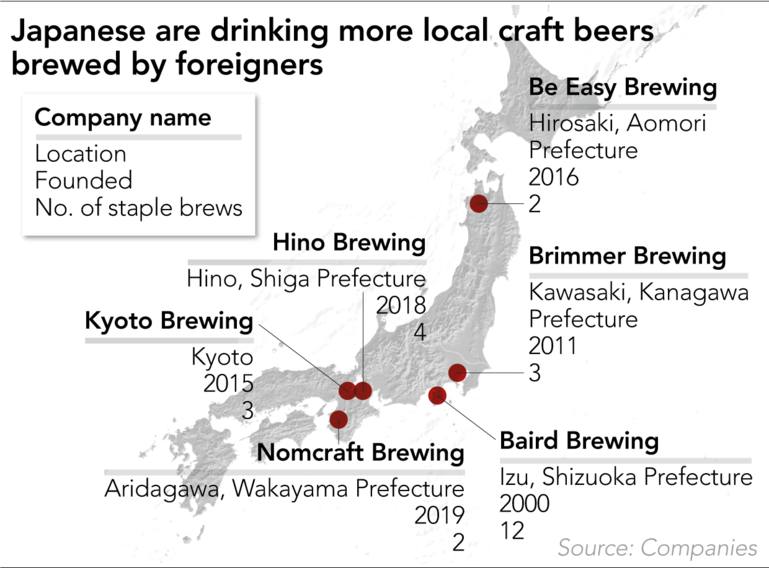 In Japan's battle of the beers, crafts are clearly gaining ground. According to the National Tax Agency, there were 176 craft beer brewers in 2017 -- about a 30-fold increase from 1994 when regulations were relaxed. The number peaked in 2003 at 251, but heightened competition has pared their numbers, prompting breweries to diversify staff to create exciting new tastes.

Changes to Japan's alcohol taxation rules in 1994 fueled the craft beer market. Before the changes, companies had to brew at least 2,000 kiloliters each year. But when this was lowered to 60 kiloliters, small breweries began to spring up almost overnight.

Despite the looser regulations, however, foreigners still face language barriers and mountains of red tape when negotiating with local tax offices and other authorities. As a result, many partner with Japanese nationals when starting out.

Thankfully for aficionados, craft beers have become a fixture in the domestic beerscape. And thanks to the influx of brewers from overseas -- with their new tastes and techniques -- Japanese culinary culture can only get richer.