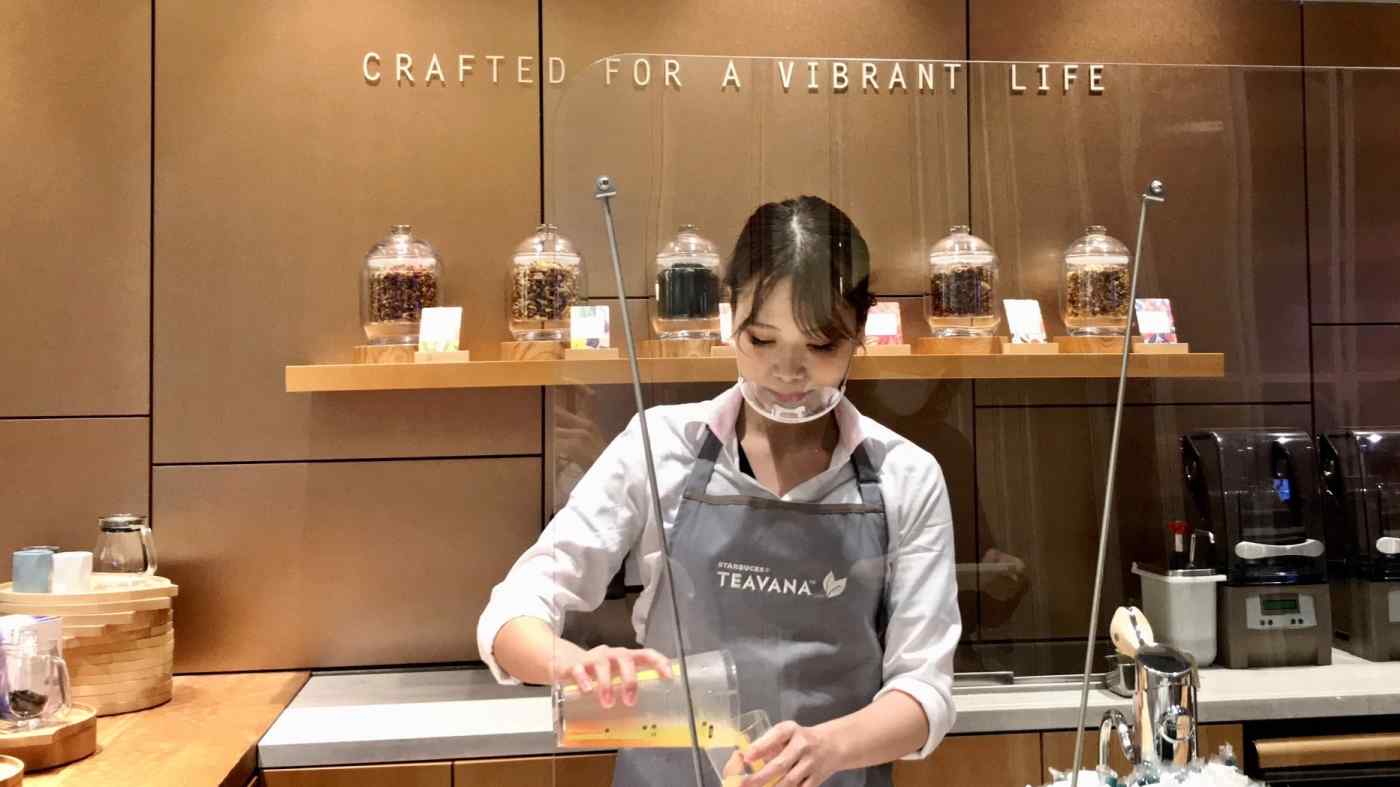 TOKYO -- Tea shops, tea houses, tea bars or tea cafes. Whatever name they go by, spaces specializing in tea are popping up all over Japan and drawing a heavily female clientele, offering beverages with fruity aromas and Instagram-worthy colors.

Starbuck's tea-focused shop that opened July 1 at Tokyo's trendy Roppongi Hills shopping center serves drinks like a yuzu, citrus lavender and sage herbal tea that sells for 590 yen ($5.60). While Starbucks Coffee Japan has offered Teavana-branded teas since 2016, this marks the company's first cafe in Japan to specialize in tea. The company will consider adding more Teavana locations as it aims to develop tea into a strong income earner like coffee and Frappuccinos.

"We're promoting a new lifestyle culture of combining tea and fruit," an executive at the tea house's Japanese operator said. The company plans to branch out into Tokyo this year and set up 10 to 15 stores by the end of 2021.

Hugely popular among 20- and 30-somethings back home, Nayuki expanded its network to about 360 outlets in China in the first five years. China's other top tea chain, Heytea, is apparently also eyeing the Japanese market, according to media reports. 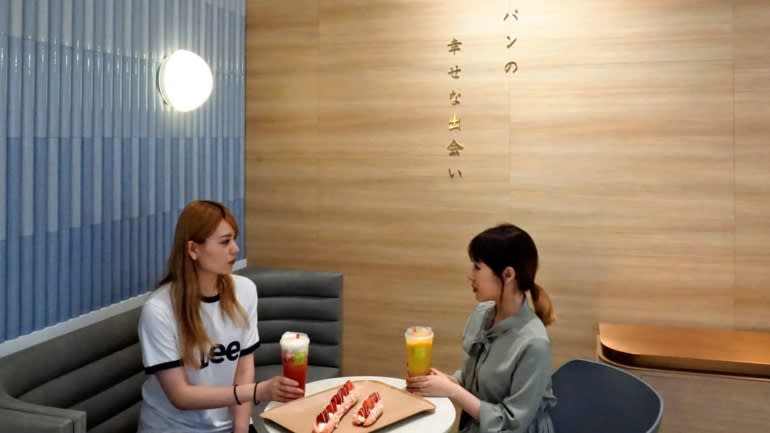 Japan was home to 1,300 tea cafes at the end of 2019, more than tripling from three years earlier, according to market research firm Fuji Keizai. While this was far less than the 62,900 coffee shops, the latter decreased by 4%.

The tea boom started with the craze around bubble tea, or iconic iced milk teas with tapioca pearls offered by Taiwanese cafe chains. Gong Cha, which launched its first Japanese outlet in 2015, now has 71 locations here and is shooting for 90 by year-end.

Major chain Tully's Coffee is set to open a new location highlighting tea, its 10th, in Okayama this September. Nana's Green Tea, which serves drinks based on matcha green tea and roasty hojicha, has grown over roughly two decades to boast 87 locations.

The overwhelming majority of patrons at these tea houses are women enamored of fruit-infused, photogenic and fancy drinks.

Data from convenience store chain Lawson demonstrates this gendered preference. About seven out of 10 customers who buy a brewed-to-order cup of coffee are men, while more women order tea, it reports. When the company offered teas with fresh fruit in a limited collaboration with Lipton in 2018, a two-week inventory cleared out in just two days. The popular drinks were brought back this July and have already sold out at some locations.

The times are not as good for coffee. Consumption in Japan slowed to around 453,000 tons in 2019, down 4% from a 2016 peak, according to the All Japan Coffee Association. The slip is due in part to the slowing momentum of brewed-to-order coffee at convenience stores.

Among canned and bottled beverages, the market for green and other teas exceeded that for coffee in 2018, according to tea company Ito En.

The tea market is expanding worldwide. Global production reached a record of nearly 6.15 million tons in 2019, up 43% over the decade, according to the International Tea Committee. Black tea makes up nearly 60% of such production and green tea about 30%, with herbal tea showing growth in recent years.

Increased consumption is credited to rising populations in Asia and the Middle East. Leading producers China, India and Turkey alone account for more than 60% of the total.

Global coffee production will exceed 10 million tons in the current marketing year, estimates the International Coffee Organization. A cup of coffee uses about 10 grams of beans, while 2 to 3 grams of leaves are usually needed for a cup of tea, meaning that more cups of tea are consumed than of coffee.

Singapore-based luxury tea company TWG Tea is stretching beyond Asia to the U.S. and Europe. While Starbucks has closed all U.S. locations of Teavana, a brand it acquired in 2012, Teavana teas offered at the coffee chain's stores remain a strong seller.