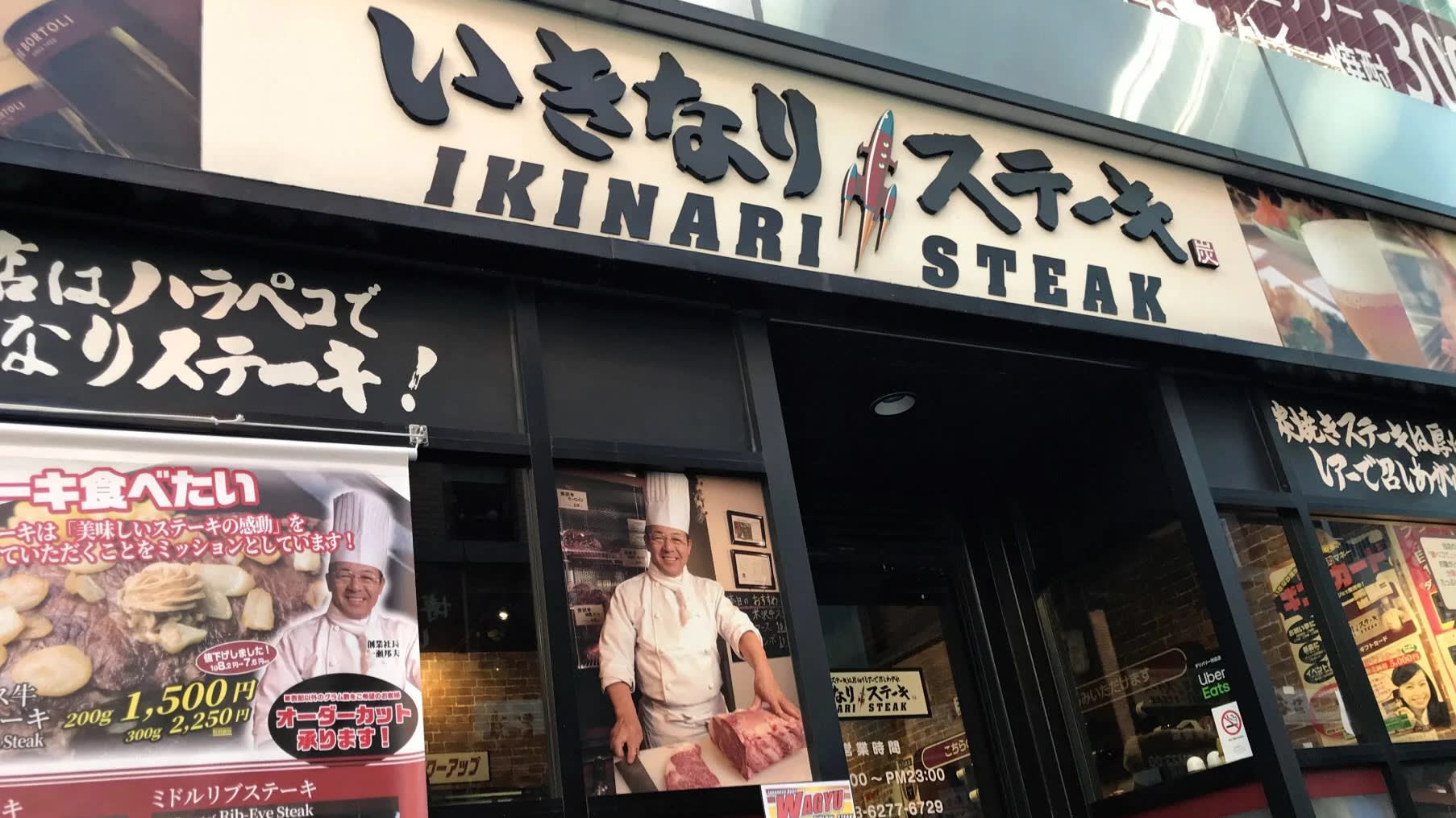 Pepper Food Service hopes to restore Ikinari Steak's mojo by expanding its customer base to women. (Photo by Shizuka Tanabe)

TOKYO -- Pepper Food Service's Ikinari Steak stand-up dining chain is expected to show another year of red ink when the Japanese restaurant operator reports 2019 results on Friday, but President Kunio Ichinose is optimistic that he can cook up a rebound this year.

Late last year, a handwritten "request from the president" was posted in a Tokyo outpost of the chain with many chronically empty seats. It pleaded with customers to come eat at the restaurant or else the company would be forced to close it down.

Such a scene once seemed unthinkable. When the first Ikinari Steak location opened in 2013, the concept -- a seatless restaurant where huge cuts of meat were carved before diners' eyes -- drew herds of customers. Same-store sales logged year-on-year growth of 10% to 40% in most months from late 2016 to early 2018.

But business took a turn for the worse in April 2018, and same-store sales have shrunk every month since.

"Since around the time we went past 200 stores, we became fixated on expansion for its own sake," Ichinose said.

Pepper opened multiple Ikinari Steak locations in the same area, which cannibalized each other's sales. Customer traffic dropped off. Same-store sales consistently fell by more than 20% each month in 2019, reaching a nadir of 41% in October.

The company decided in November to close 44 restaurants, nearly 10% of the entire chain.

Despite the grim numbers, Ichinose sounded positive. The same-store sales declines have "bottomed out," he said, noting a slight narrowing in November and December.

If the chain slims down and expands its customer base beyond the current core of big-eating men, "it can be profitable in 2020," he said.

To this end, Ikinari Steak is tailoring menus and services to a restaurant's location, among other factors. On Monday, the chain rolled out a so-called lady's set, or a meal featuring 100 grams of lean steak, which comes with soup and salad.

This option will be available mainly at Ikinari Steak locations in shopping centers. The price is being kept at about $13.

Ichinose is maintaining a positive outlook due to how the group survived a similar ordeal a decade ago. In August 2009, cases of food poisoning broke out at Pepper Lunch, Pepper Food's flagship chain at the time.

The group rehabilitated its finances, in part by issuing stock acquisition rights. An aggressive discount campaign lifted revenue. Pepper Food returned to the black in 2011 and improved the equity ratio as well.

The equity ratio has climbed to the 4% range, as of the end of September. The struggling restaurants, and the 9.2 billion yen in long-term debt, seem to closely mirror the challenges faced in 2009.

Yet the market is doubtful that Pepper Food can stage another comeback.

"The situation is more serious than what it was back then," said Seiichiro Samejima, chief analyst at Ichiyoshi Research Institute. "Compared with 10 years ago, the rent and headquarter expenses occupy a higher ratio, and there is a large labor cost burden."

Pepper Food plans to raise 6.9 billion yen by issuing more stock acquisition rights. The scheme could increase the volume of shares on the market by roughly 25%. Some options have already been exercised.

Investors have winced at the potential dilution of the per-share value, as well as the earnings slump. Pepper Food's stock price touched 910 yen on Thursday, marking the lowest point to date from January 2019. The value has plunged nearly 90% from the October 2017 debut price of 8,230 yen.