Impossible Foods and others smell profit in Asia retail market

Supermarket debuts in Hong Kong and Singapore are springboard to China 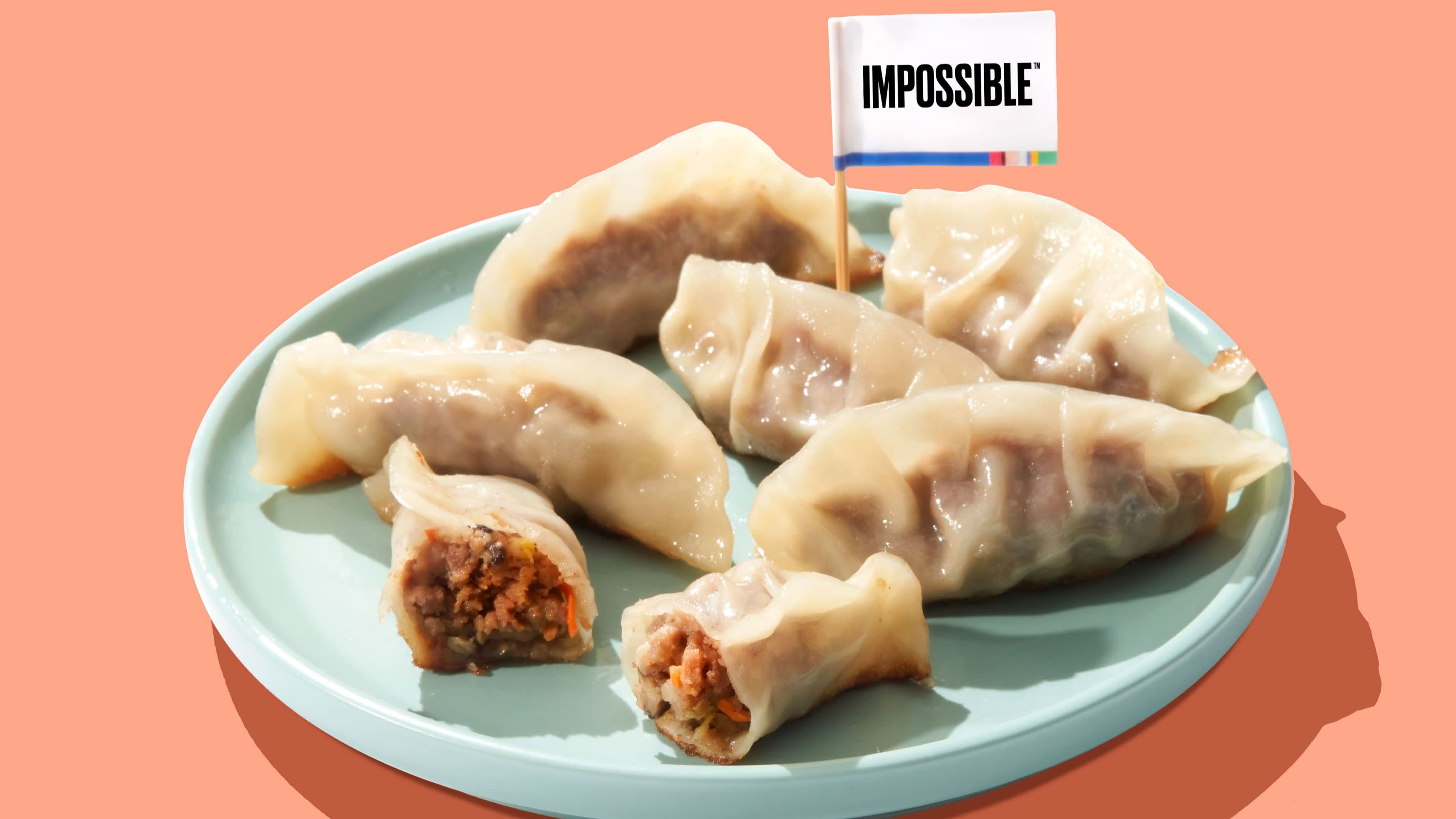 Impossible Foods has rolled out products for supermarkets in Hong Kong and Singapore, its first such move outside the U.S. (Photo courtesy of the company)
NANA SHIBATA and MICHELLE CHAN, Nikkei staff writersNovember 4, 2020 14:16 JST | China
CopyCopied

TOKYO/HONG KONG -- Food processors around the world smell opportunity in plant-based faux meats in Asia as the products find their way to consumers eating more at home.

Impossible Foods has entered the Asian market, introducing its flagship faux beef burgers in about 200 supermarkets in Hong Kong and Singapore. The price in Hong Kong is 89.90 Hong Kong dollars ($11.60) per 340-gram patty.

The U.S. company's meat substitute began appearing in Asian restaurants two years ago, but the launch on October 20 is the first time the product has been available for home consumption outside the company's home market.

"This an essential move to further penetrate the market, especially given falling footfall in food services due to the COVID pandemic," Aileen Supriyadi, an analyst at Euromonitor International in Singapore told Nikkei Asia.

The move will also pave the way for the plant-based meat maker to expand into mainland China, a lucrative market that consumes 28% of the world's meat.

"China could have an entirely domestic meat supply, which would be great for the food supply, better from a public health standpoint and vastly reduce the environmental footprint," Impossible Foods CEO Pat Brown said in an online news conference, adding that the company is looking to build a complete plant-based supply chain in the country.

Impossible Foods' Asian foray comes as its rival Beyond Meat also sharpens its focus on the rapidly growing Chinese market. Beyond Meat announced plans in July to enter the Chinese retail market, in collaboration with Alibaba's Freshippo supermarket chain.

Before the rollout of its retail products, Beyond Meat teamed up with Yum China to offer mock meat at the three fast-food chains Yum runs in the country: KFC, Pizza Hut and Taco Bell.

Starbucks, another big brand in China, in April announced it was partnering with Beyond Meat to add plant-based meat substitutes to its menu.

Beyond Meat is building a processing plant near Shanghai. Meanwhile, Impossible Foods said the company is "optimistic" that regulatory approval in China "could happen in the next year, or even in the next several months."

The global restaurant business is struggling to recover as social distancing takes hold and customers shy away from dining out to avoid catching COVID-19. American manufacturers responding by looking to expand sales through the retail market.

Felix Wong, another analyst at Euromonitor in Hong Kong, said the retail introduction of plant-based meat substitutes will fill "the gap of consumers searching for and embracing novel dishes made of meat analogues," as more people stay home in response to the pandemic. 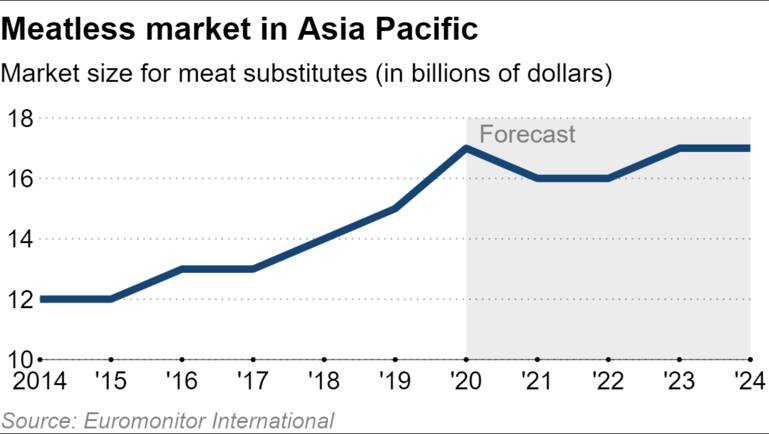 There are local competitors as well. Green Monday Holdings, a Hong Kong-based producer of plant-based meat substitutes, raised $70 million in late September and said some of the funding will be used to open stores in Singapore and China.

Green Monday, which owns the plant-based pork substitute brand OmniPork, is seen as strong in Asia, according to Wong, because pork is still the main meat consumed in the region. Impossible Foods and Beyond Meat, meanwhile, are concentrating on mock beef.

Osaka-based Marudai Food announced in February plans to enter the restaurant market. It has not rolled out any products for restaurants yet, focusing its efforts on the home market.

According to Euromonitor International, the meat substitute market is expected to expand by 11.6% to $17.1 billion this year in the Asia-Pacific region. Growth is accelerating as the coronavirus sharpens people's health concerns. Even before the pandemic, the market was worth $15.3 billion in 2019, up 4.75% from the previous year.