Long before Beyond Meat craze, bamboo shoots, taro and ginger featured instead of fish 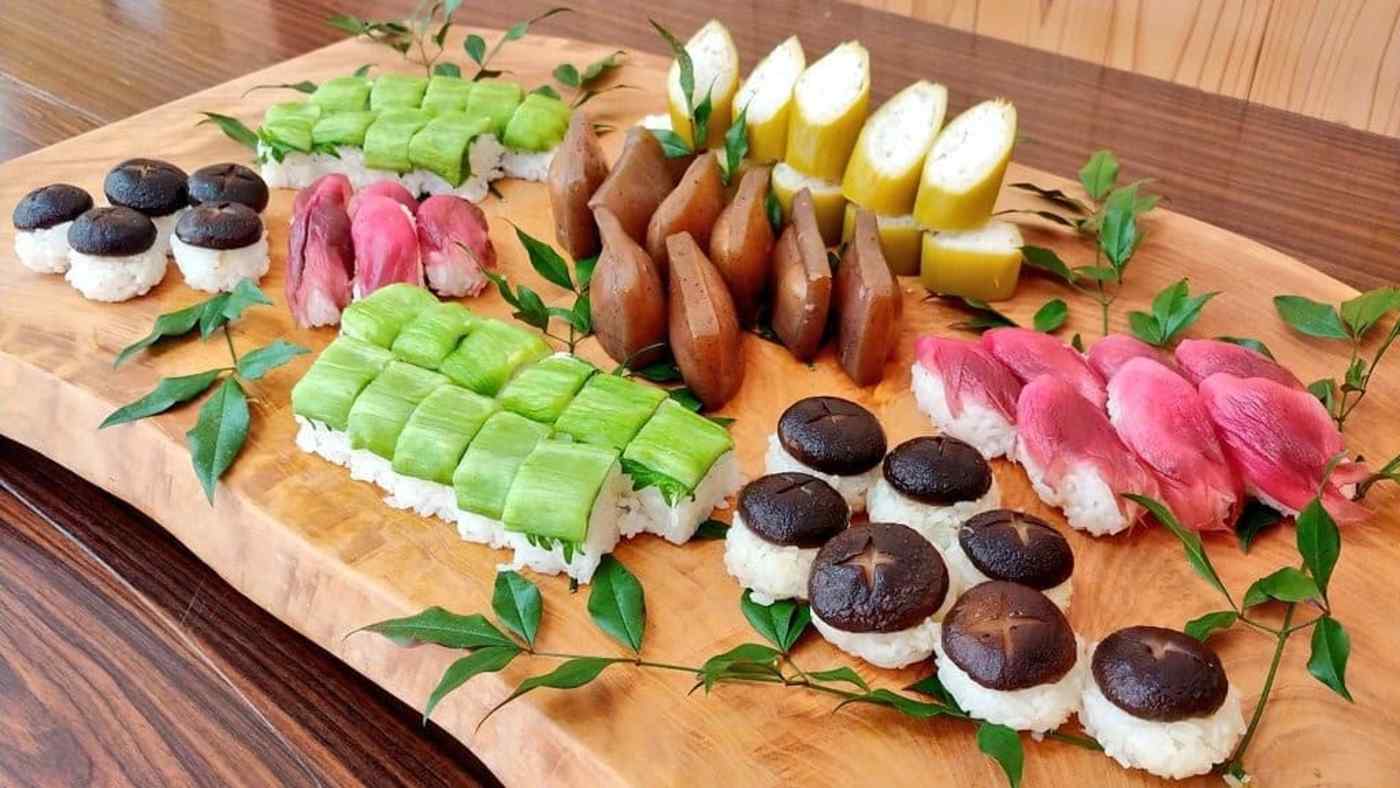 KOCHI, Japan -- With the world quickly developing a taste for plant-based alternatives to everything from burgers to dumplings, one region in Japan wants everyone to know that it has made vegetarian sushi for ages.

Inaka sushi -- literally "countryside" sushi -- has been a staple at celebrations in the southwestern Japanese prefecture of Kochi for generations. Instead of fish, it features such vegetables as myoga ginger, bamboo shoots and taro stalks, many of which grow wild across the mountainous region.

Preparing inaka sushi is a labor of love, and tourists wanting a taste usually must make reservations at certain restaurants and hotels. But the prefecture and experts are working on a freezer-friendly version that would help take the delicacy global.

"I've seen lots of copycats recently at stores in Saitama and Kyoto" prefectures, said Hideko Mitani, who teaches at a local culinary school and heads an association dedicated to promoting inaka sushi. Before the rivals take hold, she hopes to make inaka sushi a household name across Japan.

Mitani is working on a recipe that preserves the signature crunchy texture and citrus aftertaste even when frozen. The final recipe will be provided free to interested local businesses, which will be able to sell frozen inaka sushi stamped with a seal of authenticity from the Kochi prefectural government.

Five have signed on to the initiative so far, with an eye toward online retail opportunities, especially with the coronavirus outbreak causing many people to stay home. Kochi Prefecture also hopes to tap the growing interest in vegetarian cuisine inside and outside Japan, with plans to showcase frozen inaka sushi at a Singapore trade fair in October.