Fake-meat maker Daiz to build U.S. plant in 2022 with eye on the world 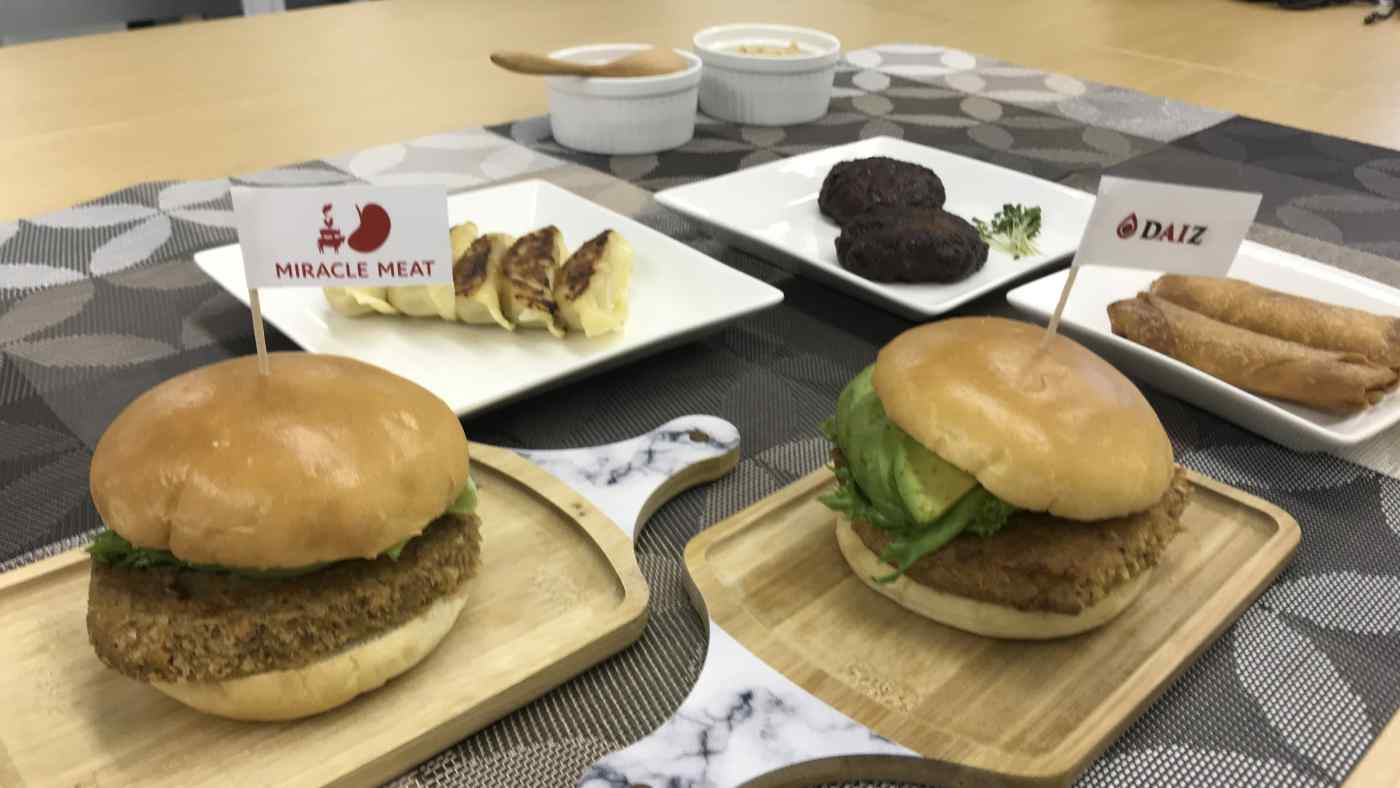 TOKYO -- Japanese plant-based-meat startup Daiz has kicked off preparations to expand into the U.S., tapping that country's fast-growing market for alternative meats with plans to go global.

The company is conducting market research in the U.S. with investor and trading house Marubeni, laying the groundwork for research and development and other operations there after launching Daiz USA in Boston on May 1.

It aims to build an American factory for its soy-based Miracle Meat in 2022. Location, capacity and cost are to be determined.

Vegan meats are often made with soy meal left over from oil production, or from peas. But Daiz uses soybeans germinated using patented technology that fine-tunes temperatures and oxygen and carbon dioxide levels, activating enzymes to greatly increase nutritional content.

Daiz also uses soybeans with a more neutral odor to more closely replicate the taste and texture of conventional meat. It aims for a price point similar to chicken and plans to market Miracle Meat to local food companies and other potential buyers.

Plant-based meats have surged in popularity in recent years as a healthier, environmentally gentler alternative to conventional meat. Beyond Meat, a leading name in the U.S., became the first in the field to debut on the Nasdaq market in May 2019. Rival unicorn Impossible Foods is also reportedly preparing to list its shares.

Global demand is only expected to grow. The Tokyo-based Yano Research Institute sees the market for alternative meats -- defined as the total shipment value of plant-based meats and cultured meats -- expanding roughly 620% over a decade to 1.87 trillion yen in 2030. Daiz hopes to make the U.S. a jumping-off point for success elsewhere.

"We aim to expand into Southeast Asia and China as well and hope to use the U.S. as a foothold into the rest of the world," founder and President Tsuyoshi Ide said.

Daiz was born in 2015 from Kajitsudo, a microgreens producer that has attracted money from Toyota Motor and Mitsui & Co. The fake-meat startup itself has received roughly 3 billion yen ($28 million) so far from investors including Marubeni, Ajinomoto and Nichirei Foods.

The company is already expanding its footprint at home. A June facility upgrade will quadruple capacity to 4,000 tons a year. The company supplies Miracle Meat to Japanese restaurant chain Freshness Burger, as well as retailers Aeon and Life.