Kei Kobayashi opened restaurant Kei in 2011 and had two stars 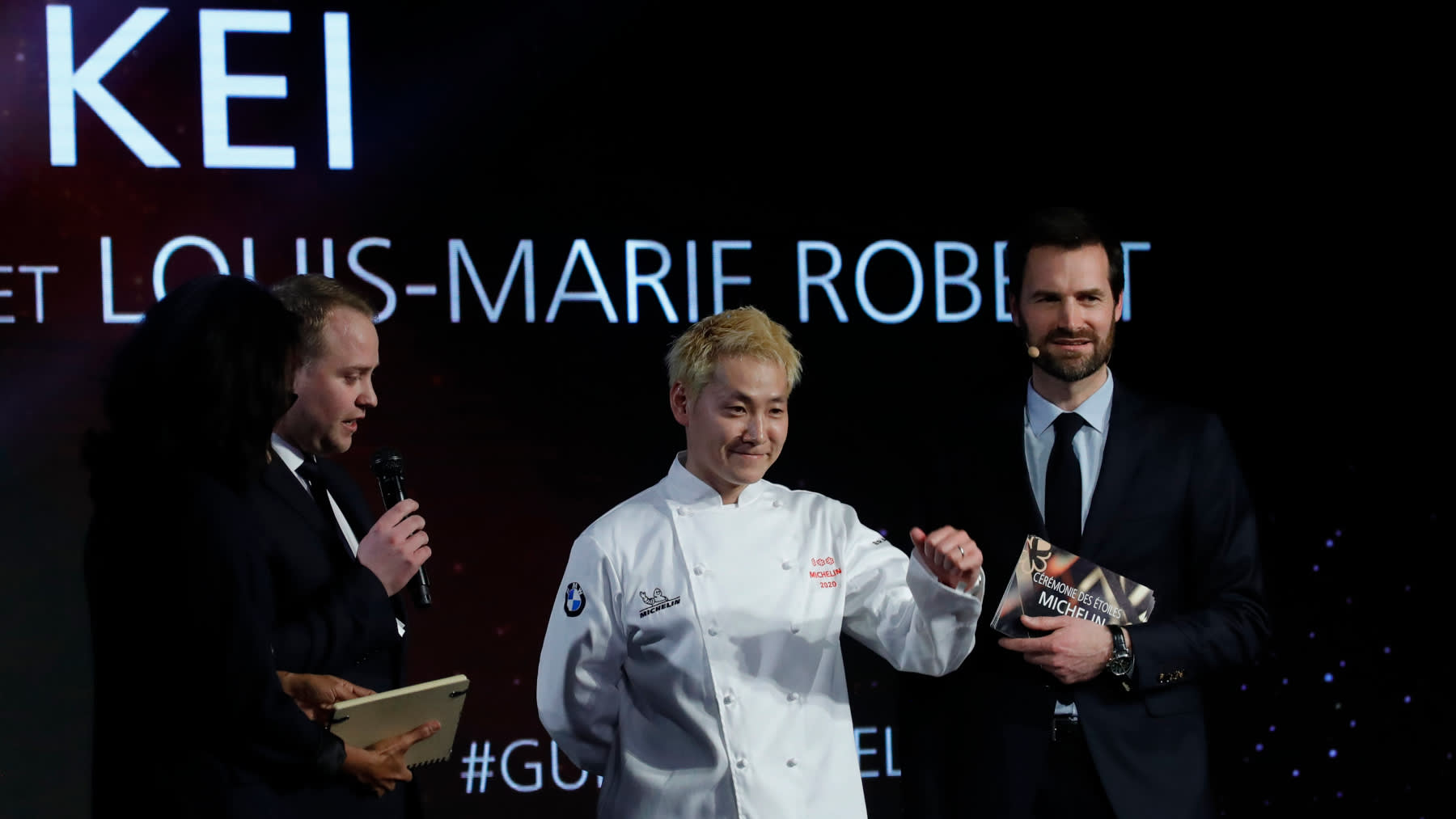 PARIS (Kyodo) -- French restaurant Kei in Paris has earned a three-star rating in the 2020 French edition of the Michelin Guide released Monday, making its owner-chef Kei Kobayashi the first person from Japan to receive the honor in France.

Kei opened in central Paris in 2011 and won a star the following year. Its status in the prestigious guide's listings for France was upgraded to a two-star rating in 2017.

Kobayashi, 42, is known for his unique take on French cuisine featuring Japanese ingredients. At the ceremony unveiling the latest French edition of the Michelin Guide, Kobayashi said he was very surprised by the three-star rating.

"I appreciate France, which has accepted a number of Japanese chefs who are foreigners," he said.

Kobayashi, who hails from the city of Suwa in Nagano Prefecture, central Japan, accrued years of experience in French restaurants in Tokyo and Nagano before moving to France in 1999.

While further developing his skills in Paris, he served as deputy chef at a three-star restaurant of famed chef Alain Ducasse.