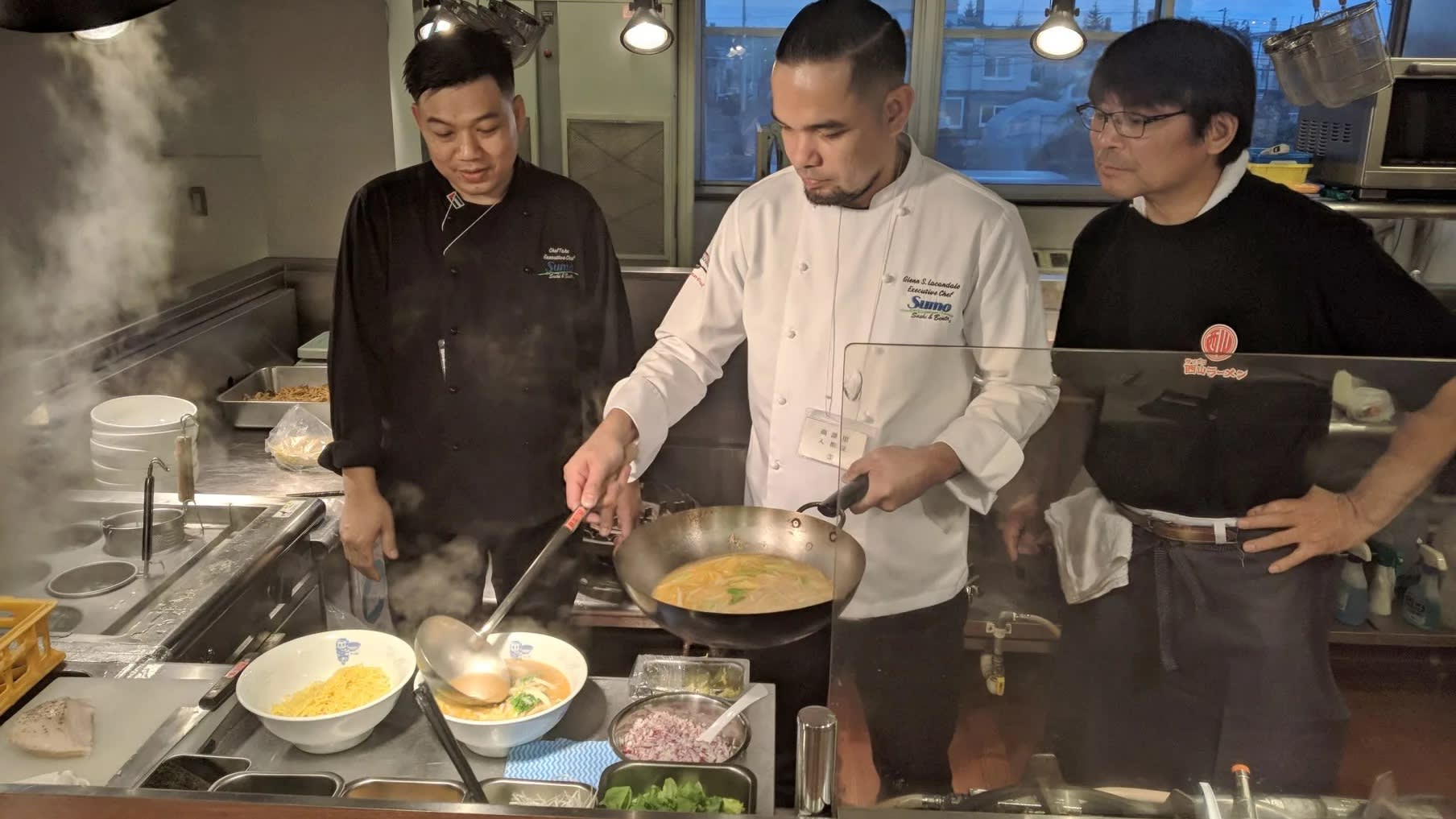 SAPPORO, Japan -- A noodle manufacturer in this northern Japanese city has taken a novel approach to exporting Japan's ramen culture worldwide while boosting its bottom line.

Nishiyama Seimen welcomes chefs from all over the globe to its headquarters for ramen cooking lessons, guiding them through the steps necessary to create the dish that has gained a fan base around the world.

Founded in 1953, the Sapporo-based company makes roughly 400 types of noodles, churning out some 200,000 packs a day. Ramen restaurants receive about 65% of its output, while 30% goes to retailers and 5% to mail order customers.

The company's unique support spread by word-of-mouth in France, Germany, Belgium and other parts of Europe. "The chefs we assisted say good things about us and help increase clients," said President Takashi Nishiyama.

Foreign chefs who come to Sapporo to learn about the dish are first taken to different restaurants to sample different styles and figure out what kind of ramen they want to make. In October last year, for example, a visiting chef from Dubai wanted to find out how to make ramen suitable for Muslims, who do not eat pork.

The staff then concocted a recipe, choosing the right type of noodle and adjusting the flavor and richness of the broth. Visiting chefs also receive hands-on training and translations of popular Japanese recipes.

All this comes free of charge, as Nishiyama considers it a good way to market its products and export ramen culture. On top of this, one of Nishiyama's directors spends about 100 days a year visiting restaurants in different countries, helping with their noodle operations.

Nishiyama began its foreign forays in 1985, setting up booths at food fairs in Hong Kong and Hawaii. It also started its foreign-focused ramen cooking classes around 2000. Since then, overseas sales have swelled to 380 million yen ($3.5 million), accounting for about 10% of total sales.

Nishiyama tailors its efforts overseas according to each country. For example, while Japan's water is soft, the water typically found in Europe and the U.S. is hard, and requires a water softener to help produce the right type of broth and noodle. The company also advises on how to boil the noodles.

Visiting chefs learn the basics at Nishiyama headquarters, but are "free to change recipes" to satisfy tastes back home. Being too strict hinders the creation of new types of ramen and "we only teach about 70%" of what chefs need to know, said Nishiyama.

In addition to ramen noodles and broths, the company also makes noodles for udon and soba, as well as wrappings for Chinese-style dumplings. It now exports to 30 countries and regions.

To meet growing overseas demand, the company spent about 60 million yen in 2018 on a new noodle production line exclusively for exports.