Kagome hopes to serve veggie drinks in Singapore and Mongolia 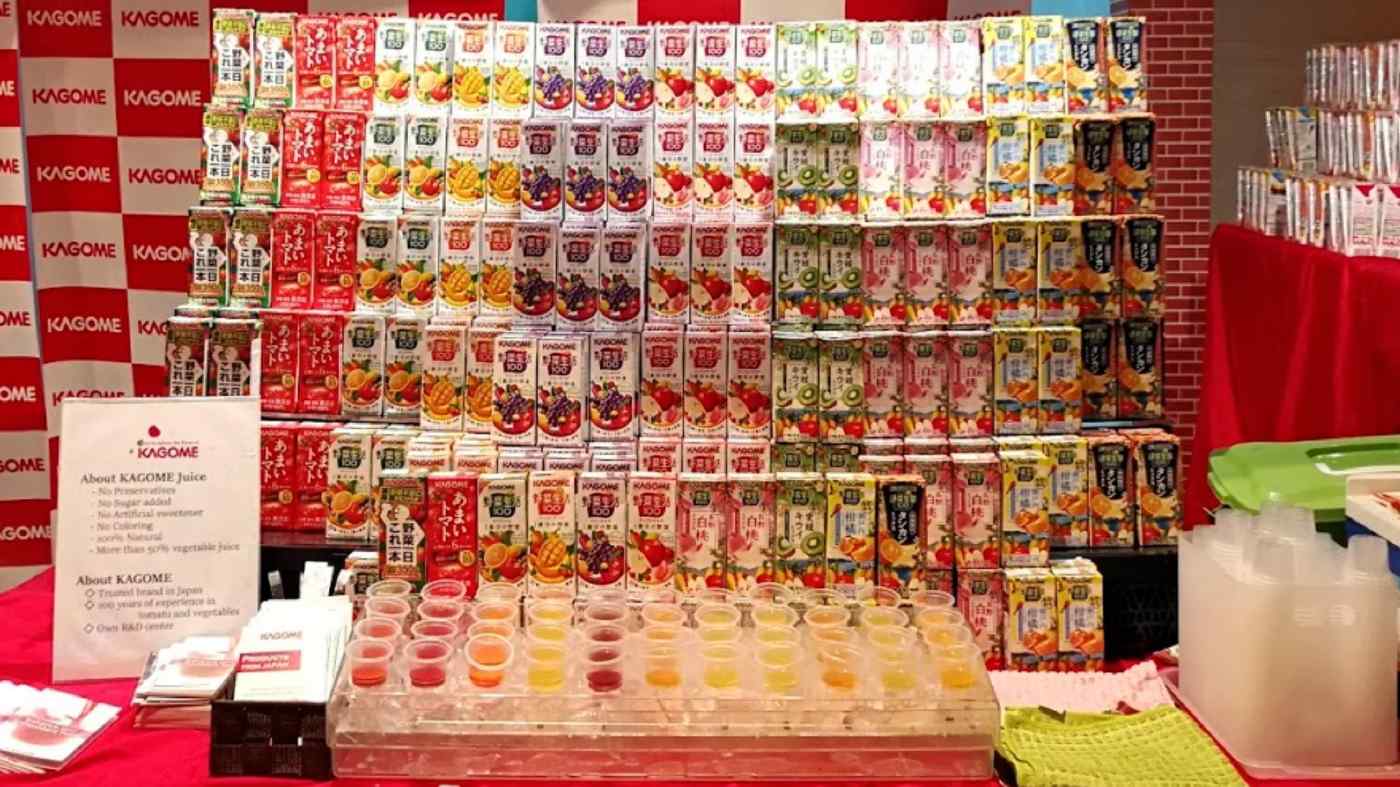 Last year, Kagome founded a joint venture with Nissin Foods Holdings to sell tomato and other vegetable juices in Hong Kong and Macao. Kagome owns 30% of this venture, while Nissin's Hong Kong unit owns the other 70%.

Kagome is now looking to spread sales into markets like Singapore and Mongolia. It is also seeking contractors in Thailand and other countries, where it could eventually start production.

The company began locally producing vegetable beverages in Taiwan in April and is also expanding sales in mainland China by tapping Nissin's networks.

Overseas sales accounted for 22% of Kagome's total in 2018. Its revenue in Europe and the U.S. come mostly from commercial products, like tomato sauce supplied to restaurants.

With more Asians buying Japanese beverages after visiting the country, Kagome hopes to boost its sales and name recognition throughout the region.