Kewpie to sell 'scrambled egg' made entirely of soy 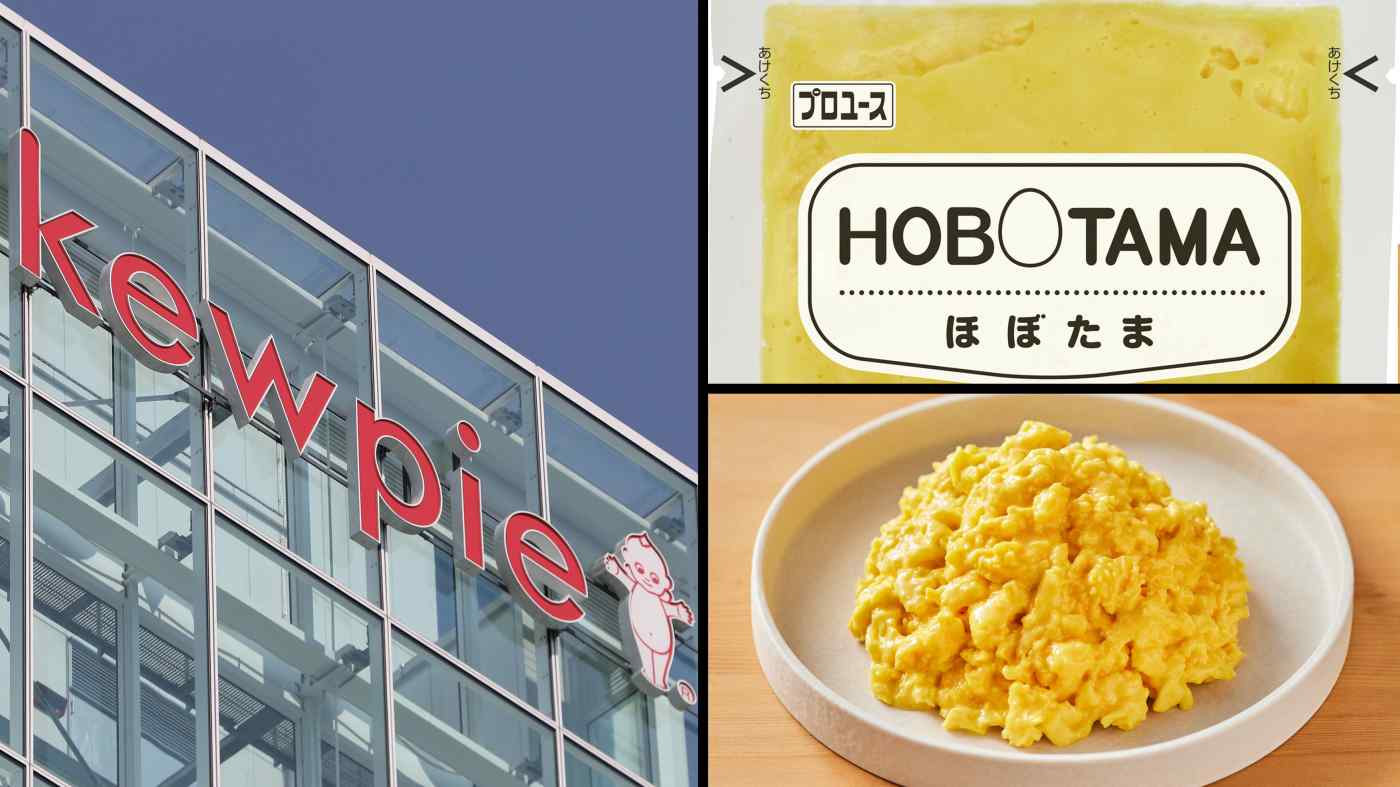 TOKYO -- Japanese mayonnaise manufacturer Kewpie has developed a vegetarian version of scrambled eggs that are made of soy beans, as demand for such products rise.

Kewpie plans to start selling its "Hobotama," which is translated as "almost eggs," at the end of June, to businesses such as hotels and restaurants, and schools initially, before possibly targeting mass consumers. The price of Hobotama will be three times that of wholesale scrambled eggs.

Consumers have been moving toward vegetarian and vegan options globally for health and environmental reasons. Scientists have said that farming animals not only require huge amounts of water and feed, but also energy and land. Cows also release methane, which is a greenhouse gas that contributes to global warming.

Companies the U.S., including California-based startup Eat Just, have been offering egg substitutes. This is in part also due to concerns over potential protein shortages in the future due to global population growth. U.S. research company Lux Research forecast that global protein consumption would double by 2054 from 2014. It projects that alternatives to traditional protein sources will account for 30% of total consumption of protein by then.

Kewpie is a key producer of egg-based products, and is the holder of the highest number of egg-related patents in major countries. In Hobotama, it uses soy beans and other ingredients to reproduce the taste and texture of eggs.

The company is Japan's largest consumer of eggs, purchasing about 10% of total supply produced in Japan. Despite its move to produce Hobotama, it expects its egg consumption to continue.