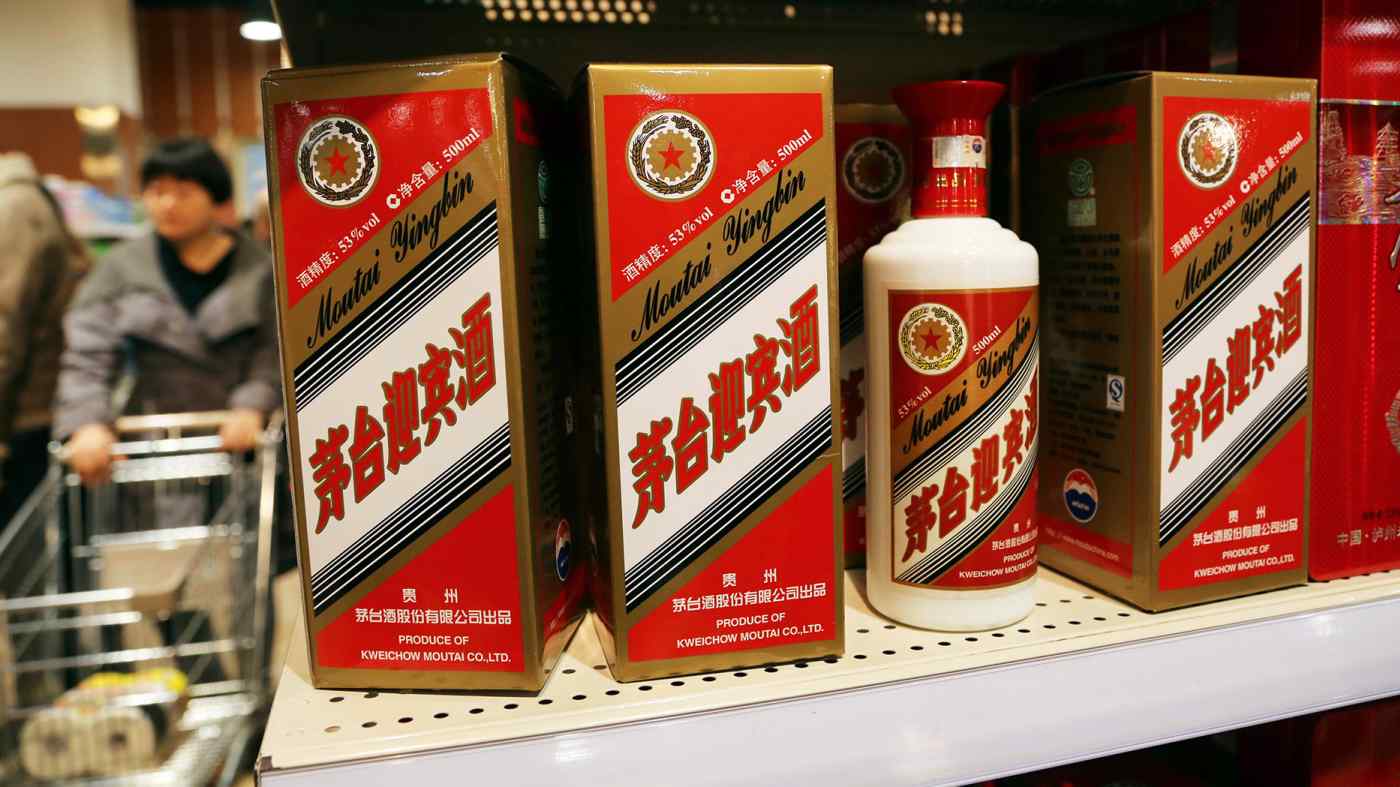 HONG KONG -- Kweichow Moutai, the most valuable company listed in mainland China, took a hard spill on Thursday after coming under criticism by an affiliate of the Communist Party's flagship newspaper.

The state-owned white liquor producer, which just over three weeks ago overtook Industrial and Commercial Bank of China in market capitalization, dropped 7.9% in Shanghai trading to close at 1,614 yuan.

The data "led to concerns China would begin to tighten liquidity," said Kenny Wen, market strategist at brokerage Everbright Sun Hung Kai. "That along with the steady flow of news over the last few days through state media that authorities were looking to clamp down on speculation hurt investor appetite."

Until last Friday, most Chinese stocks were on a remarkable bull run too, few more than Kweichow Moutai.

A favorite of foreign investors buying through the Shanghai exchange's link with its Hong Kong peer, shares of the distiller from the underdeveloped southwestern province of Guizhou had climbed more than 80% from the low they touched in March amid the coronavirus pandemic-driven market meltdown. Kweichow Moutai's announcement in April that revenues had risen 13% and net profits 17% during January-March quarter added more fuel as most Chinese companies reported declines for the period.

The trigger for Kweichow Moutai's turn of fate was a widely shared article released overnight Wednesday by Xuexi Xiaozu, a new media platform under the wing of the People's Daily, entitled, "Who is going to foot the bill for unpleasantly tasting Moutai?"

The article also criticized the widespread social custom of glorifying the value of the company's sorghum-based liquor, which has led to speculative trading at eye-watering prices and bottles given as bribes by those seeking favors.

"Alcohol itself is not to blame, it is the people's fault," the story said. Broadening its scope to competing liquor brands as well as niche products such as caterpillar fungus that have also been subject to speculative trading, the article said prices "have to return to market value."

"Liquor is something to drink, not to speculate on," it said. "It is definitely not to use for corruption."

Competitors of Kweichow Moutai fared even worse Thursday. Peers Anhui Kouzi Distillery, Sichuan Swellfun, and Jiuguijiu each fell by the daily limit of 10%.

Guosen Securities, a broker which had cheered Kweichow Moutai's rise, struck a new tone, issuing a report comparing the stock unfavorably with SMIC.

"SMIC is even more precious than Kweichow Moutai," given its advanced technology, the note said.

Despite Moutai's tumble, which brought down its market value by 170 billion yuan to 2.03 trillion yuan, its current market cap remains well above that of ICBC, China's largest bank.

The shares though may come under further pressure amid China's uncertain economic outlook.

Ting Lu, chief China economist at Nomura International in Hong Kong, said at a briefing Thursday that he sees "a lot of negative headwinds" for the second half of the year, including recent widespread flooding and the risk of more COVID-19 outbreaks.