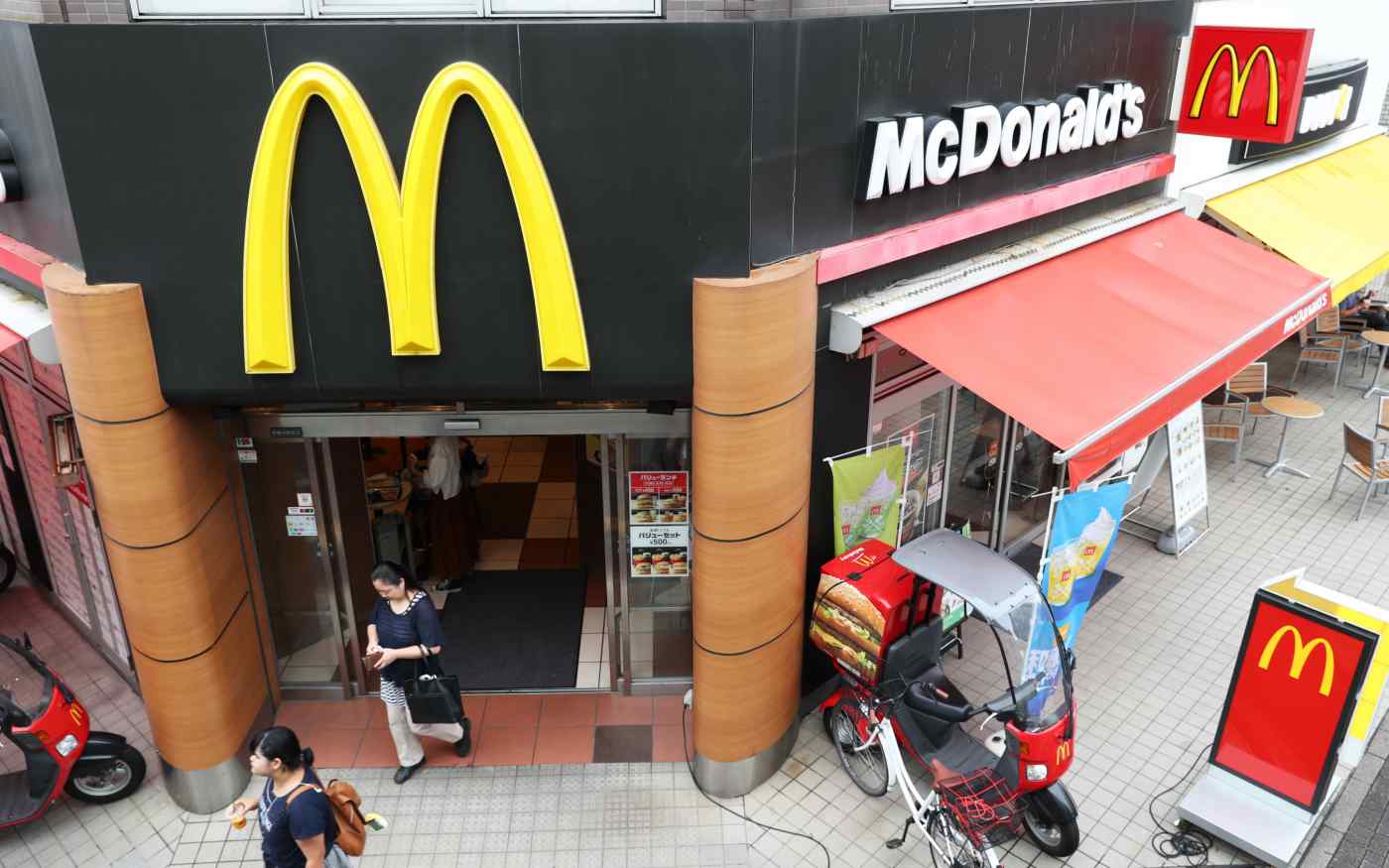 TOKYO -- McDonald's Holdings (Japan) will let customers order and pay by smartphone app at all of its 2,900 locations, aiming to eliminate the long wait times that often leave diners complaining.

The chain will test the system at some restaurants this year before a gradual rollout to all locations nationwide starting in 2019. A feature under consideration would send orders to the kitchen automatically when the app confirms that the customer has arrived at the restaurant, ensuring that patrons get freshly made food even if they show up early or late.

Combined with mobile payment via credit card, this system will let customers get their food faster than by lining up at a register to order. Restaurants suffering from an industrywide labor shortage will benefit as well, boosting productivity and alleviating congestion.

Such labor-saving innovations are spreading across the retail sector, as exemplified by the convenience store opened in the U.S. city of Seattle by Amazon.com that eliminates the checkout process entirely. Big Japanese restaurant operators have been slow to embrace such a system, but this looks set to change.

McDonald's plans 60 billion yen ($561 million) in investment over the next three years, growing more ambitious as earnings recover from a 2014 scandal surrounding the company's use of expired chicken.

The chain sank into net losses for the fiscal years ended in December 2014 and 2015, but rebounded last year to a record net profit of 24 billion yen thanks partly to strong sales of the Gran series, the first permanent addition to its beef products in eight years. McDonald's aims to lift total sales across all stores from 490.1 billion yen last year to an all-time high of 542.7 billion yen in 2020.

McDonald's looks to resume expansion of the chain, which has shrunk by about 1,000 locations from the 2002 peak. The company plans to open 150 to 200 restaurants by 2020, targeting a net increase of 100 locations.

The chain also will employ "guest experience leaders," hoping to improve customer satisfaction. These staffers will wear distinctive uniforms and specialize in tasks such as showing diners to seats and bringing their orders. As with smartphone ordering, this system will be tested at certain locations ahead of a broader rollout.