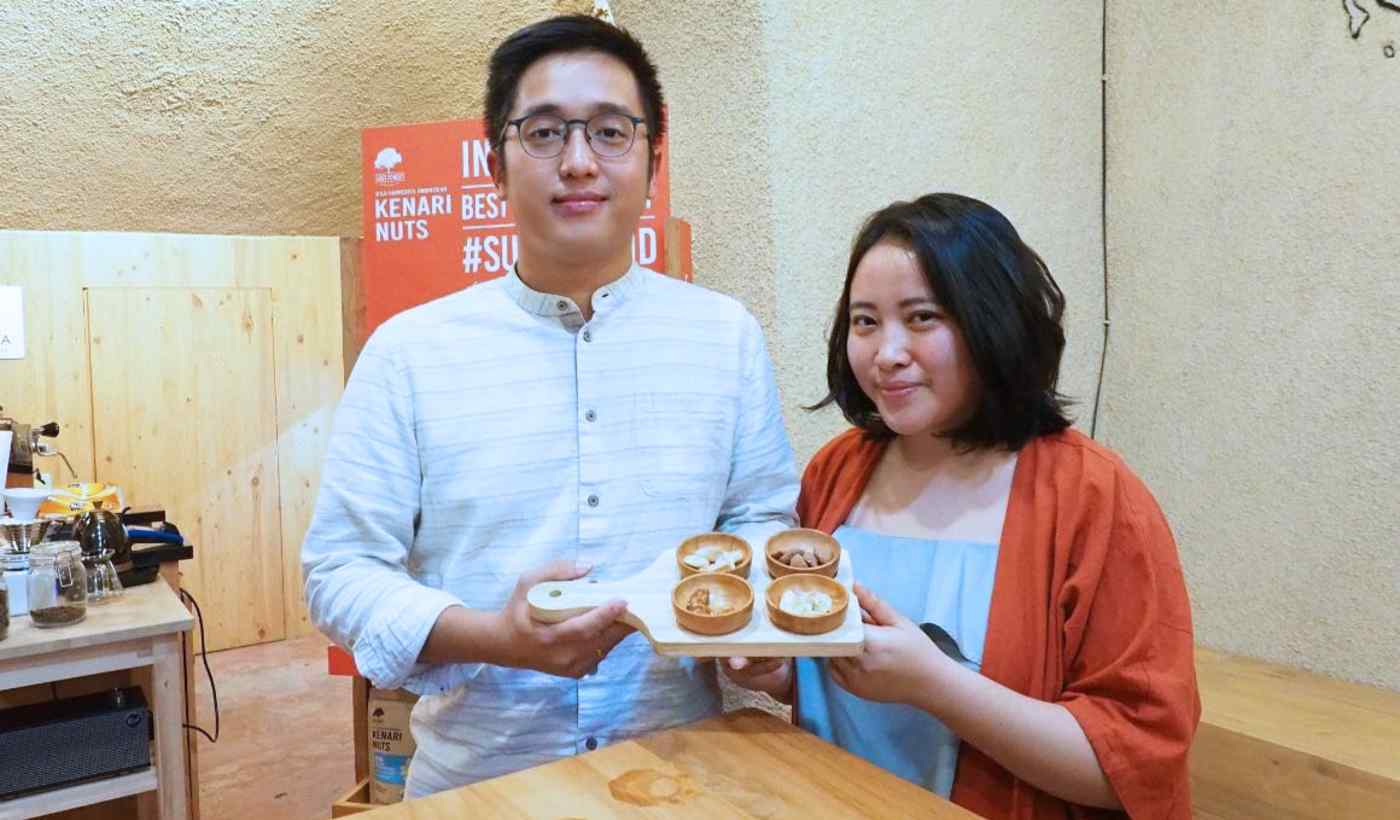 JAKARTA -- Nuts native to Indonesia are catching on around the world, with surging exports to countries such as Japan a sign of booming consumption of the mineral-rich food.

Indonesia shipped $700 million worth of nuts in 2018, an 80% increase from five years earlier.

That demand is largely driven by health and environmental concerns among millennials. The generation born roughly between 1980 and 2000 is a growing economic force, in Indonesia and globally, and they increasingly favor natural foods.

In a southern district of Jakarta, the Batavia Coffee & Nuts shop opened last year. Its offerings include many nut varieties not widely known globally. One, kenari, is chock-full of minerals. Kenari are harvested from trees that grow in the volcanic soil of the Maluku Islands in eastern Indonesia. They have rich, creamy flavor somewhat similar to macadamias.

Kenari have long been well known in the islands also called the Moluccas, but it was not until 2016 that Felix Kusmanto and his wife, Debby Amalia King, discovered them during a visit. They now run Kawanasi Sehat Dasacatur, a kenari nut processor.

The couple studied kenari nuts for more than a year before turning them into a snack food, adding cacao from Bali and other local ingredients including salt. An analysis by the company found that kenari have more magnesium and vitamin E than almonds or macadamias.

It took advantage of government support, including from the trade ministry, aimed at developing Indonesian products for export. In recent years, Kawanasi Sehat Dasacatur exhibited kenari at food fairs in France and Germany. They also obtained organic certifications from the U.S. Department of Agriculture and the European Union, and began exporting to Japan and Singapore last year.

Behind the Indonesian nut mania is young peoples' desire to avoid meat for environmental reasons. Nuts are a good source of protein for vegans, who shun all animal products, and other vegetarians. This was not lost on Kusmanto. ''We were conscious of the millennial generation in commercializing [the kenari nuts],'' he said.

Another enterprise, East Bali Cashews, has successfully commercialized cashews grown on Bali and is exporting them to the U.S., Australia and elsewhere.

The cashews are purchased under the concept of fair-trade from growers in eastern Bali before being processed on the island for shipment overseas. A portion of the revenue is invested in local communities to support educational initiatives and other projects. Such efforts are a selling point for environmentally conscious consumers. ''I'm glad that eating [the nuts] is connected with reducing poverty,'' a Japanese homemaker living in Jakarta said of the cashews.

As lifestyle illnesses such as obesity and diabetes become more serious in both developed and emerging economies, nutritious Indonesian nuts are set to crack new markets.