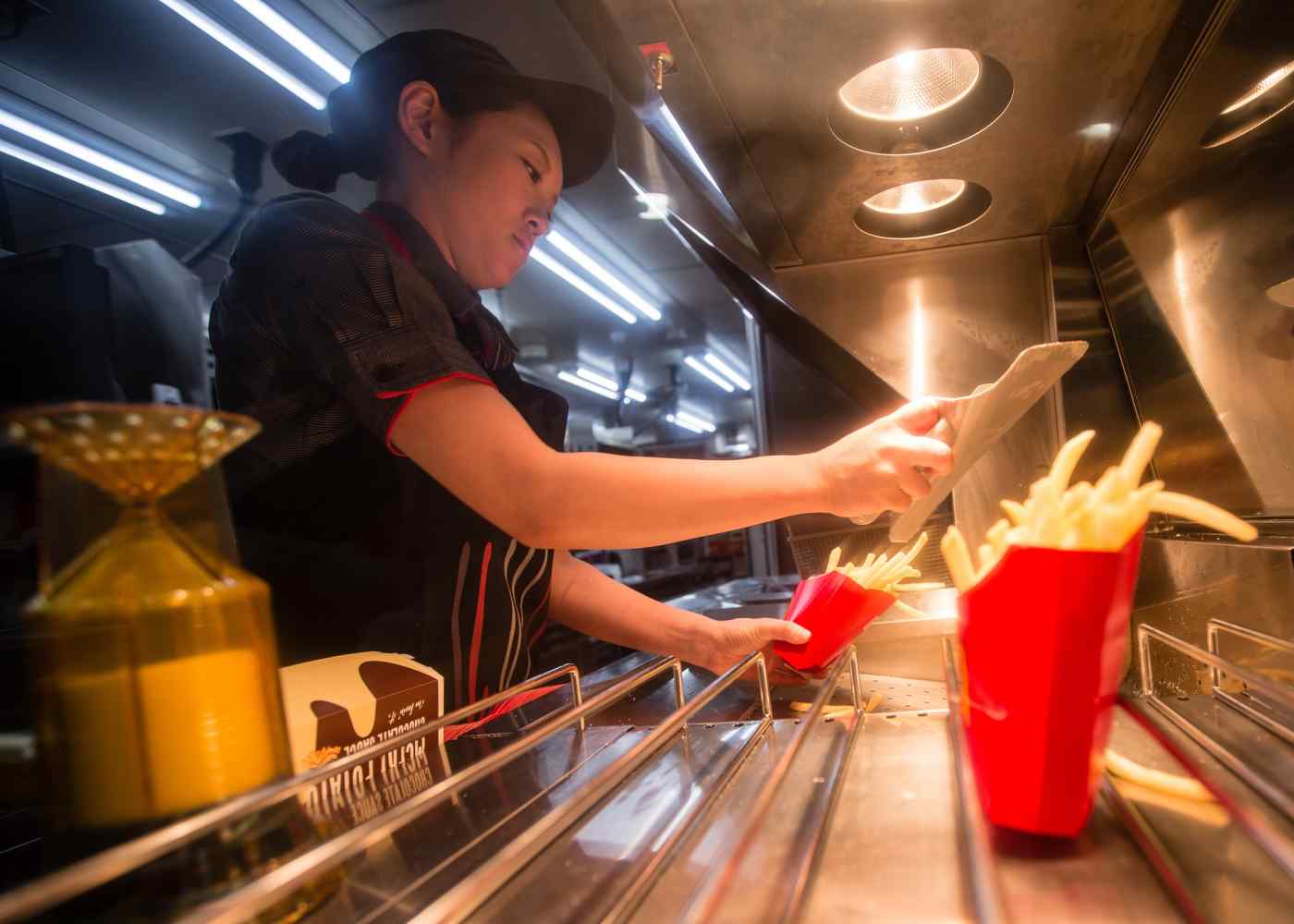 TOKYO -- Fast-food chains in Japan are launching the biggest expansion wave in decades and adopting strategies that would have been unthinkable in the early 2000s, when hamburgers were a prime symbol of deflation.

McDonald's Holdings (Japan), the biggest player, is emerging from a prolonged slump and on Tuesday announced it is planning the first net store increase in a decade this year. Burger King, the world's second-largest hamburger chain, aims to triple its Japanese locations to 300 by 2022, spending 5 billion yen ($45.5 million) in the process.