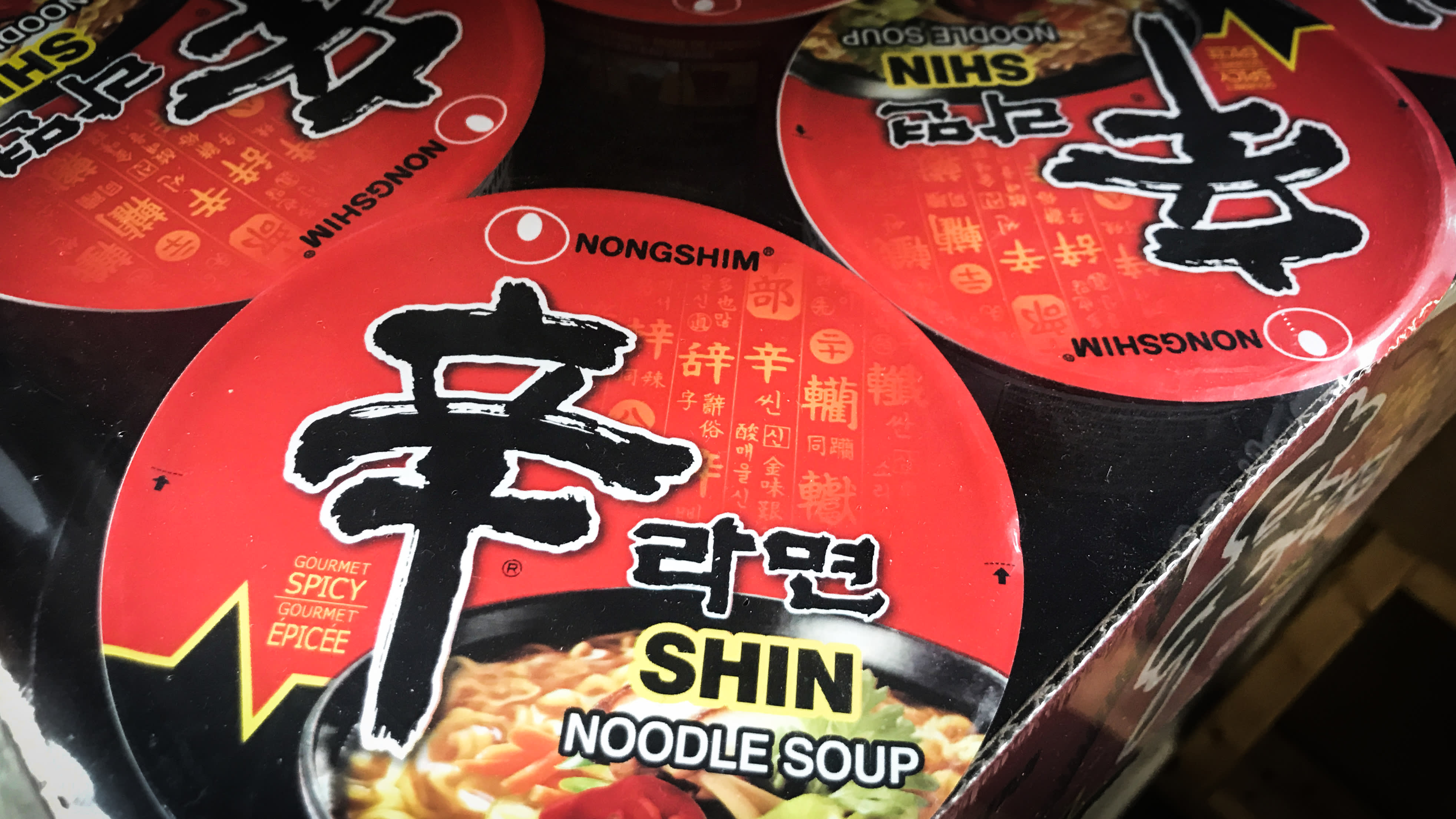 SEOUL -- Like K-pop, instant ramen from South Korea is making fans far from its home, feeding a new round of investments.

Nongshim, purveyor of the spicy Shin Ramyun brand, has decided to build a second factory in the U.S, while rival Samyang Foods increases production at home to sell more of its fiery noodles in China and Southeast Asia.

South Koreans are the world's most voracious eaters of instant ramen. According to the World Instant Noodles Association, they slurp 75 servings a year on average. That beats the Vietnamese who, at No. 2, eat 55 bowls, and puts them 70% ahead of the sixth-ranked Japanese.

Ramen has even found its way into South Korea's courtship culture. "Do you want to come over for some ramen?" is a coy way of asking a date to stay the night.

But as the domestic market for ramen becomes saturated owing to a declining birthrate, South Korean noodle makers have expanded overseas. 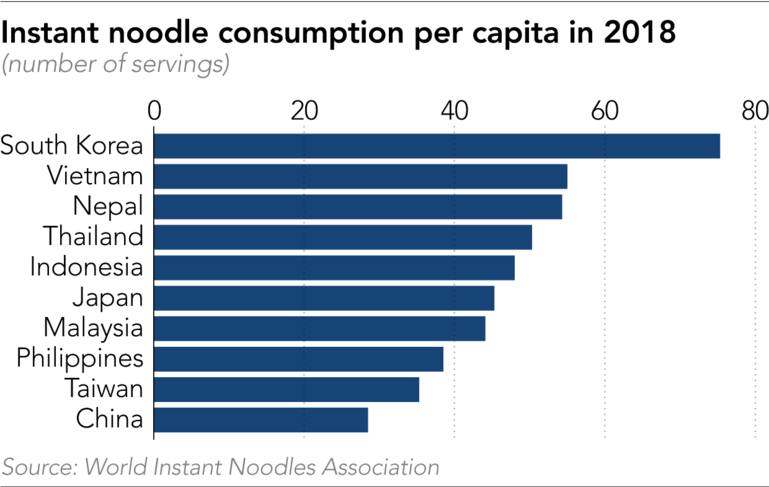 Leading the way is Nongshim Shin Ramyun and other spicy products that have become synonymous with Korean-style ramen. Nongshim, the market leader in South Korea, has four overseas factories at present, three in China and one in the U.S. Early this year it will begin construction on a second U.S. plant, spending $200 million on a 150,000-sq.- meter site in Corona, California. The factory, Nongshim's largest in the U.S., is scheduled to start production in 2021.

The plant will have separate lines for dried and raw noodles to crank out package- and cup-style products. Nongshim has big contracts with U.S. retailers, including Walmart and Kroger, and has seen annual double-digit growth there in recent years.

The new factory "has an important role in capturing markets in Latin America," the company said, as it aims to double sales to $600 million by 2025 in North and South America.

Samyang Foods, which ranks second in South Korea, behind Nongshim, on Dec. 9 announced plans to build its first domestic factory in 30 years. It will spend 130 billion won ($112 million) on the plant in a suburb of Busan that is to begin operating by 2023. Samyang Foods does not have overseas plants, choosing instead to focus on improving the quality of its products at home.

In the super-spicy category, sales of the company's popular Buldak-bokkeum-myeon (hot chicken flavor ramen) and fried noodles are growing in China and Southeast Asia. Samyang expects to report overseas sales of 270 billion won in 2019, a tenfold increase from four years earlier. To meet strong overseas demand, the new factory near Busan's port will be devoted to exports.

According to the Korea Trade-Investment Promotion Agency, exports of instant noodles to China, the world's largest market, totaled $240 million in 2018, a threefold increase over five years. In China, where 40 billion servings of instant ramen are eaten annually, middle income earners are buying more expensive imported noodles. "We can expect the big market expansion to continue on strong demand from younger people," said an agency official.

Japanese companies, including instant ramen pioneer Nissin Foods Holdings and Toyo Suisan Kaisha, are holding on to their high market shares in the U.S. and elsewhere. In China, local producers still have a large slice of the pie.

South Korean noodle makers will likely have to move beyond their spicy brand niche and come up with new ways to stand out in a crowded market if they hope to continue slurping up big profits.