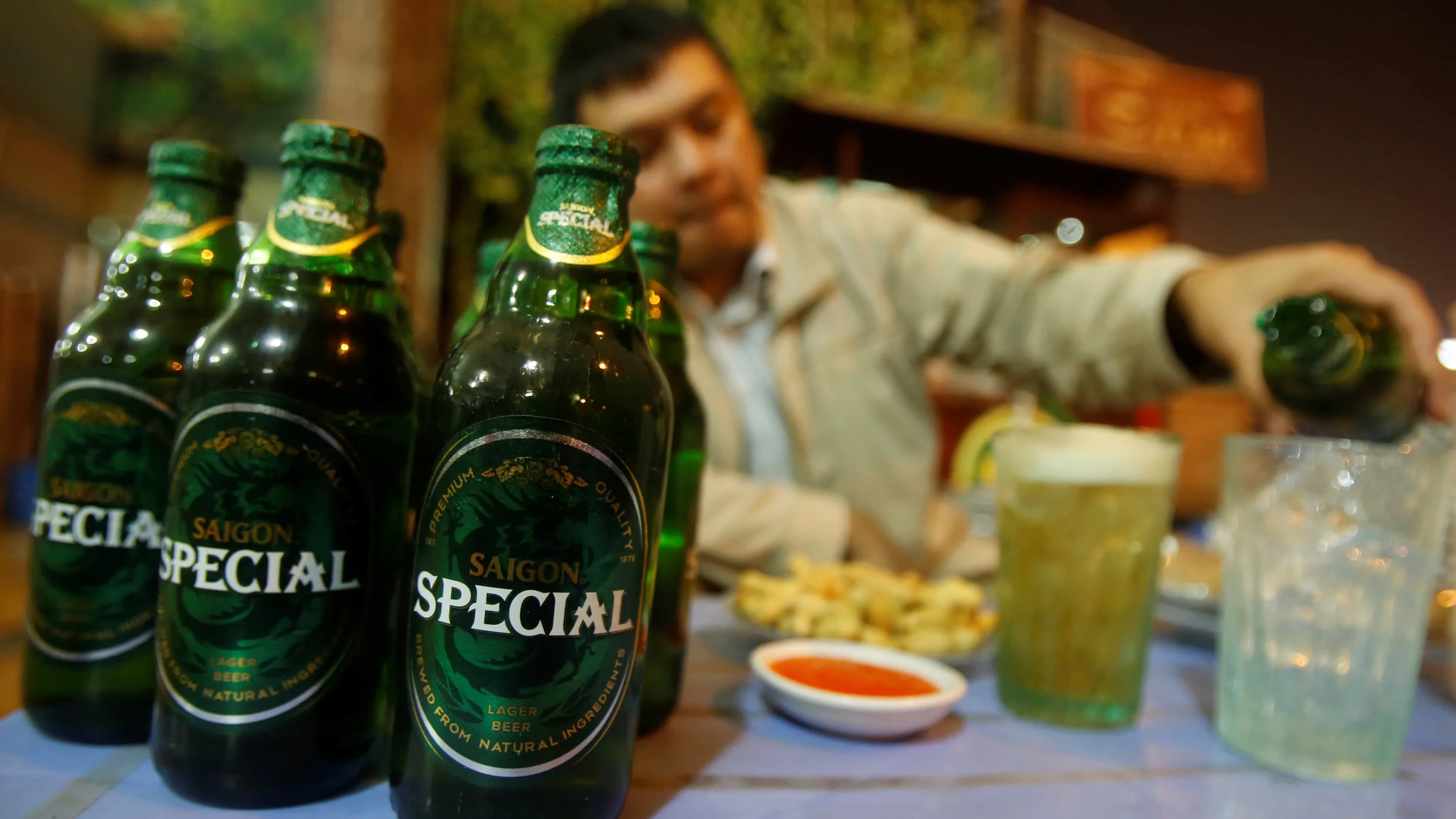 Nearly 80% of parliament approved a bill in June that bans the advertising of alcohol on radio and TV from 6 p.m. to 9 p.m., as well as before and after children's programs. The new law takes effect in January 2020.

Another bill that aimed to restrict the hours for alcohol sales failed to pass.

Drinking is deeply ingrained in Vietnamese culture and it is common for locals to have a beer over lunch even during the week. Vietnamese consume 8.3 liters of alcohol per capita, easily surpassing the global average of 6.4 liters, according to a survey released by the World Health Organization in 2018.

A survey by Japan's Kirin Holdings shows that Vietnam was the world's ninth-largest beer consumer in 2017 at 4.35 million liters, with consumption growing at an annual rate of 5.8%. Vietnam has a number of internationally known beer brands, including 333 from Saigon Beer Alcohol Beverage Corp., or Sabeco and Bia Hanoi from Habeco. Moreover, the country is famous for its many eateries that sell fresh brewed beer on tap for about 10,000 dong (43 cents)per glass.

According to a survey by the Vietnam Beer Alcohol Beverage Association in 2018, Sabeco had a 43% market share by production volume, followed by Holland's Heineken at 25% and Habeco at 15%.

Now, in the face of growing concerns about the impact of excessive drinking on public health, local companies, as well as foreign peers such as Heineken and Japan's Sapporo Holdings, will have to adjust their marketing strategies, educating consumers on how to drink responsibly while offering more nonalcoholic beverages and soft drinks.

The government is particularly worried given that Hanoi hopes to increase health insurance coverage across the country from the current 70% to 80% in 2020. Drinking-related health problems could overwhelm the system, an issue that Nguyen Thi Kim Tien, Vietnam's health minister, is trying to address.

Accidents caused by drunken drivers are another problem. The number of traffic accidents fell after the government sharply hiked penalties for drunken driving to as much as 18 million dong in 2016. But the number is rising again as per capita gross domestic product nears the $3,000 threshold at which people begin to buy cars.

Do Duc Hong Ha of the Judicial Committee of the National Assembly, told local media that the government is considering tighter rules, including a 70% hike in penalties to 30 million dong and a two-year driving suspension.

There were 4,030 traffic accidents in Vietnam in the first three months of this year, killing 1,905 people, according to the National Traffic Safety Committee. That is about the same pace as 2018, when there were 8,200 fatalities

Drunken driving accidents make up less than 2% of the total, but this could rise sharply as more cars hit the streets and more people hit the bottle.