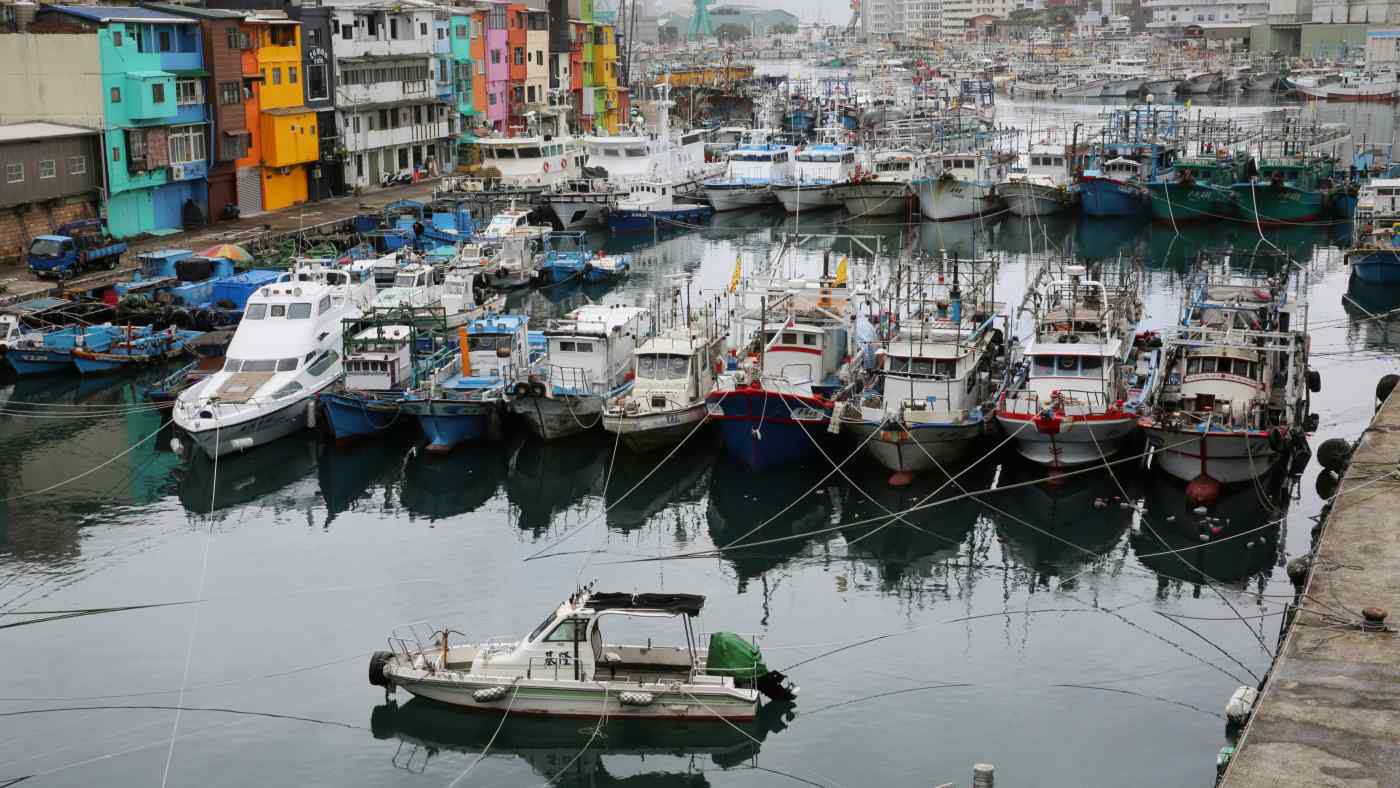 Fisheries groups in Taiwan have blasted the U.S. government's inclusion of the island on its list of labor violators, and threatened to sue Greenpeace for giving information to Washington.   © Reuters
NICK ASPINWALL, Contributing writerNovember 22, 2020 11:32 JST | Taiwan
CopyCopied

NEW YORK -- Global seafood processors are facing pressure to clean up their supply chains, after the U.S. Department of Labor added fish caught in Taiwanese waters to its list of goods produced with forced labor, throwing the island's large seafood industry into turmoil.

The designation could lead to U.S. import restrictions on Taiwan-caught seafood and significantly impact the future of the island's seafood industry. Taiwan exports more than $1.3 billion of seafood annually, but its fishing fleet has long been associated with abuse and nonpayment of migrant fishermen, mostly from Southeast Asia.

Taiwan's inclusion on the Labor Department's 2020 List of Goods Produced by Child Labor or Forced Labor is a major black mark against Taiwan's seafood traders and its fishing fleet, which is the world's second largest. The list, which includes Taiwan for the first time, is referred to by U.S. companies to determine sourcing, and is key in government decisions to block imports.

Taiwan's government has promised a few labor reforms but has resisted calls to expand regulation of its fishing fleet to the level of regional competitors such as Thailand, a fellow seafood giant that is also on the U.S. forced labor list. The decision will have "significant implications" for companies that source from Taiwan's fleet, said Andy Shen, senior oceans adviser at environmental pressure group Greenpeace.

"A large number of Taiwanese distant-water fishing vessels receive no scrutiny, no oversight from companies," Shen said. "The U.S. government has recognized the prevalence of forced labor in that sector."

The Taiwan Fisheries Agency called its inclusion on the list "unfortunate," and said exports to the U.S. are "not affected for the time being."

Taiwanese fisheries associations, which represent industry interests and are politically influential, have blasted the U.S. listing. One association, blaming Greenpeace for providing information to Washington, threatened to sue the NGO if American exports are blocked, according to local media.

Although the Taiwanese fishing industry has attempted to portray the forced labor problem as the work of a few bad apples, U.S. authorities are not the first to officially censure the industry for abuses.

Taiwan received a "yellow card" from the European Commission in 2015 for illegal, unregulated and unreported fishing, meaning further violations could have led to the European Union banning Taiwanese seafood imports. While the commission's decision was based on illegal fishing, sources at the times said the forced labor issue was also a factor, as vessels linked with labor abuse are often guilty of illegal fishing.

The warning was removed in 2019 after Taiwanese agricultural officials took measures to monitor illegal fishing and address labor issues.

Taiwan's President Tsai Ing-wen lauded that decision, but citizens and public officials have been critical of the industry's alleged ill treatment of its Southeast Asian workforce. When a bridge collapsed in eastern Taiwan in October 2019, killing six fishermen and blocking a major harbor, Tsai pledged the debris would be cleared but did not mention the deaths of the fishermen.

Pearl Chen, ocean campaigner for Greenpeace East Asia, said the U.S. designation created a "raised sense of urgency" within Taiwan's government to implement reforms. The cabinet has instructed the Fisheries Agency and Labor Ministry to improve the working conditions of migrant fishermen.

The designation raises the likelihood that the U.S. Customs and Border Protection will block imports from Taiwanese fishing vessels and suppliers.

In August, the agency issued a detention order on seafood harvested by one Taiwanese vessel due to alleged forced labor practices aboard the ship, the third Taiwanese vessel to be subject to such an order. A Greenpeace report had earlier revealed the same vessel had sold its catch to FCF.

FCF, the world's largest seafood trader, reported annual revenue of $1.7 billion in January and is a big supplier to global markets, including the Asia-Pacific.

The company has faced scrutiny since its $928 million acquisition of Bumble Bee in January. A management services company pulled out of an FCF-connected tuna plant in June due to forced labor concerns raised in a Greenpeace report. FCF is also a major buyer of seafood from Chinese-flagged vessels, which have also been linked to forced labor practices by the U.S. Labor Department.

FCF did not respond to Nikkei Asia's request for comment.

FCF is a major supplier of high-grade tuna sold as sashimi around the world, including Japan. As much as 50% of the world's sashimi-grade tuna is caught by Taiwanese vessels.

Shao-chi Chiu, a senior oceans campaigner for the Environmental Justice Foundation, said former crew members from Taiwanese vessels interviewed by her NGO often say their ships would pass on their catch at sea to cargo ships destined for Japan, a practice known as transshipment.

"The most common product is high-grade tuna sold as sashimi," Chiu said.

Campaigners are asking the Taiwanese government to set a clear timeline for adopting an International Labor Organization convention governing distant-water fisheries -- following Thailand, which ratified it last year -- and garnering support from retailers and seafood importers, mostly in Europe, to adopt import-control mechanisms.