Tea prices rise on potent brew of weather and coronavirus 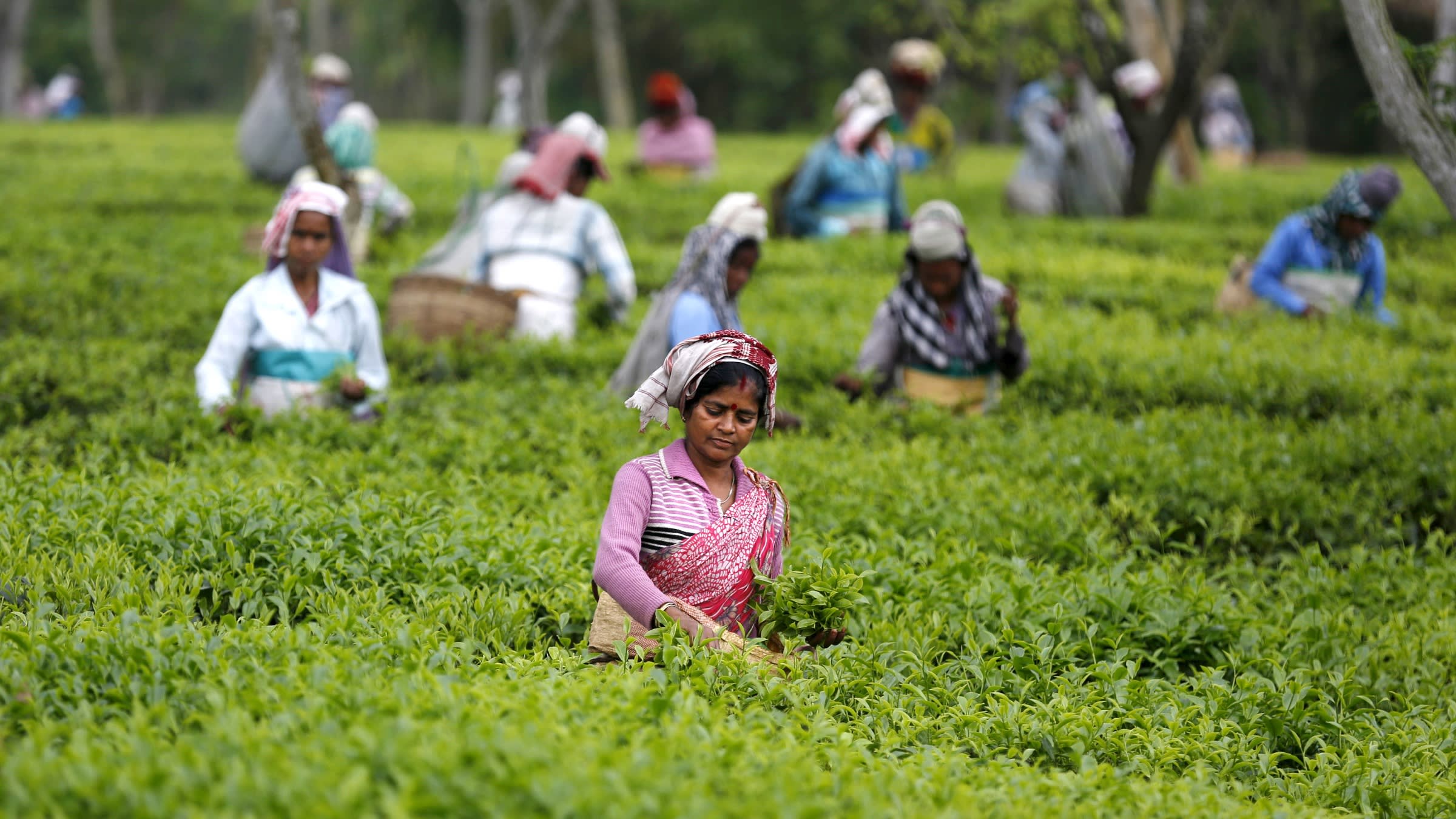 TOKYO -- Tea prices have boiled over this year as inclement weather mixes with the coronavirus to create conditions somewhat stronger than a tempest in a teapot.

In the Sri Lankan capital of Colombo, the average auction price of Ceylon tea was about 625 Sri Lanka rupees ($3.40) per kilogram in mid-September, or nearly 20% higher than a year earlier.

The main culprit is lower crop yields. Sri Lanka experienced an unusually long dry season that lasted from the end of 2019 through early spring. The country produced 179,000 tons of tea leaves during the first eight months of this year, down 15% from a year earlier.

Furthermore, auctions were not held between the end of March through early April due to the coronavirus pandemic.

"When auctions reopened, prices climbed in response to feelings that there was a shortage," said a member of a purchasing team for Tokyo-based tea seller Mitsui Norin. "Prices continued to be high afterward because of concerns about reduced output due to bad weather."

Indian tea prices are also surging. Tea produced in northeastern India, like the Darjeeling and Assam varieties, is trading for about 260 Indian rupees ($3.50) per kilogram, or roughly 70% higher than a year ago.

India's farmers were unable to enter their fields for about 18 days at the beginning of spring due to the nationwide coronavirus lockdown.

"This meant they could not harvest the [highly coveted] first crop of tea," said Yasunori Uchimura, an executive at Japanese trading house S. Ishimitsu & Co. "They also had to tend to their fields first after the lockdown was lifted, resulting in a roughly 10-day delay to harvests."

The state of Assam, which produces roughly half of India's tea, also experienced flooding at the end of June. India's nationwide output fell 19% on the year in January-August to about 670,000 tons.

India consumes about 80% of its tea at home, and strong domestic demand has contributed to higher prices abroad as well. "Exports have fallen since the tea can be sold for a high price domestically," Uchimura said.

Still, demand for tea outside India remains strong. Japan, for example, imported 18,438 tons in 2019 -- up 25% from 2016. The figure is only expected to grow this year with housebound consumers drinking more tea.

"We don't want to cool demand by increasing retail prices while the market is still growing," said an executive at one tea maker.

There have been efforts to boost consumption of cheaper tea from Kenya and other countries. But industry insiders say a large-scale shift will be difficult because teas from different countries have different tastes.