Thai village looks to get economy jumping with cricket farming Interest in crickets as a sustainable source of protein is growing as the insect imposes a much lighter burden on the environment than traditional livestock.   © Getty Images
MARIMI KISHIMOTO, Nikkei staff writerApril 25, 2021 16:30 JST | Thailand
CopyCopied

BANGKOK -- A unique project to breed crickets for human consumption is underway in a small village in northeastern Thailand, part of an effort to boost income in the country's poorest region.

Interest in insects as a sustainable source of protein is growing as the world continues to struggle with population growth and rising meat consumption. The village in Buriram Province, for its part, hopes to turn crickets into cash.

The project is led by Mechai Viravaidya, a former minister of the Thai Prime Minister's Office, who has become famous for his role in campaigns to fight population growth and AIDS in the country.

Located in a corner of a study center in Buriram's Khok Klang subdistrict, the cricket farm is composed of numerous plastic containers. Each box contains egg cartons, and insects, which make nests in the cartons, occasionally poking their heads out in search of food and water. Raising crickets takes about two months.

"I am happy to be involved in the project. I hope it will help villagers make money, even slightly," said 21-year-old Peerawat Khan-Ngern, who cares for the insects. Peerawat Khan-Ngern, who raises crickets in Khok Klang in Thailand’s Buriram Province, shows off an egg carton, which serves as a nest for the insects.

Thailand is the second-biggest economy in the 10-member Association of Southeast Asian Nations, but there is still a huge income gap between urban and rural areas. In northeast Thailand, the poorest part of the country, the main industry is agriculture. In 2018, the region's per capita gross domestic product was 83,856 baht ($2,670), the lowest of the kingdom's seven administrative areas and less than one-fifth that of Bangkok, Thailand's capital.

Mechai, who leads the cricket farming project, served as a deputy industry minister in 1985 and 1986 before working as a minister of the Prime Minister's Office in 1991 and 1992. Affectionately known as "Mr. Condom" for his role in anti-AIDS campaigns, the 80-year-old has also worked to improve Thailand's rural environment. Mechai's involvement in the project in Buriram Province has earned it the nickname "condoms and crickets." 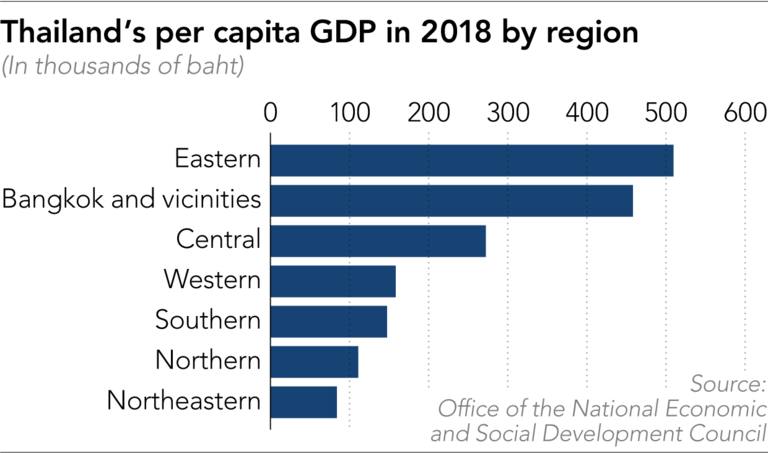 Interest in insects as a new source of protein is growing. According to the United Nations, the world's population is projected to reach 10 billion by 2050. To feed the additional mouths, food production will have to rise by more than 50% versus 2010 levels, experts say.

However, traditional livestock such as cattle and pigs impose a heavy burden on the environment. Compared with cattle, pigs and chickens, raising crickets requires a fraction of the land, feed and water, and they produce far fewer emissions of greenhouse gases such as methane and carbon dioxide.

Crickets are often called "the protein source of the future" as about 70% of their bodies is made up of the nutrient. Mechai believes insects, especially crickets, will become a key source of environmentally sustainable protein. 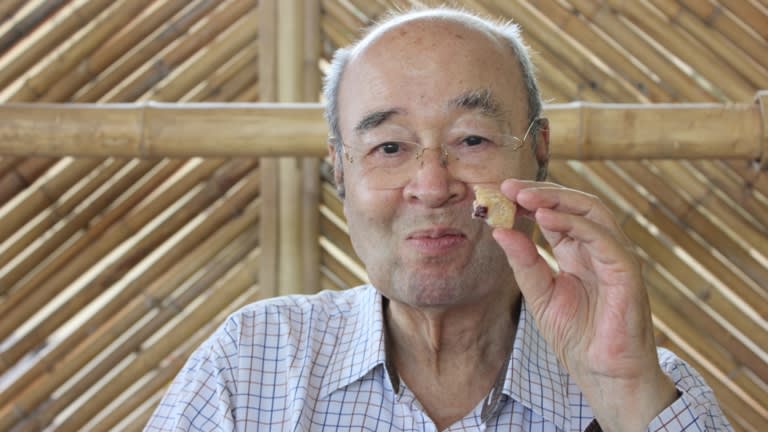 Mechai Viravaidya, a former minister of the Thai Prime Minister's Office, leads the cricket farming project in the northeastern province of Buriram.

In Thailand, insects are a normal part of the diet. Communities in Buriram have tried cricket farming before, but were unable to get the business off the ground due to a lack of sales channels.

Mechai thinks this time will be different. He has sought assistance from a global player in the edible insect business. The project now receives cricket eggs and feed from Global Bugs Asia, a Thai-Swedish joint venture, in addition to advice on cricket cultivation.

Global Bugs Asia makes protein bars, snacks and other products from powdered cricket. The products are popular not only in Thailand but in Japan and elsewhere. 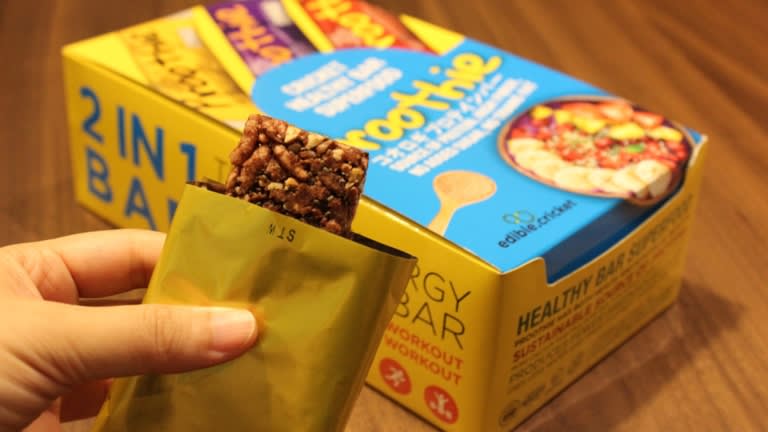 Mechai hopes to create commercial channels for Khok Klang's crickets by stressing the high hygiene standards the project learned from Global Bugs. The project is still in the trial stage, but if it continues to work with Global Bugs, production will likely expand. The company's CEO, Kanitsanan Thanthitiwat, expressed hope that the farm will become a stable supplier of high-quality crickets.

Mechai hopes the project will also create jobs for disadvantaged villagers, including the elderly, the disabled and women, who lost work due to the coronavirus pandemic. "Crickets will help boost local revenues," he said.

Developing a viable new source of protein has become an urgent matter worldwide. This small cricket farm in rural Thailand could become a beacon for a country that hopes to become "the kitchen of the world" and is looking to create a sustainable future.