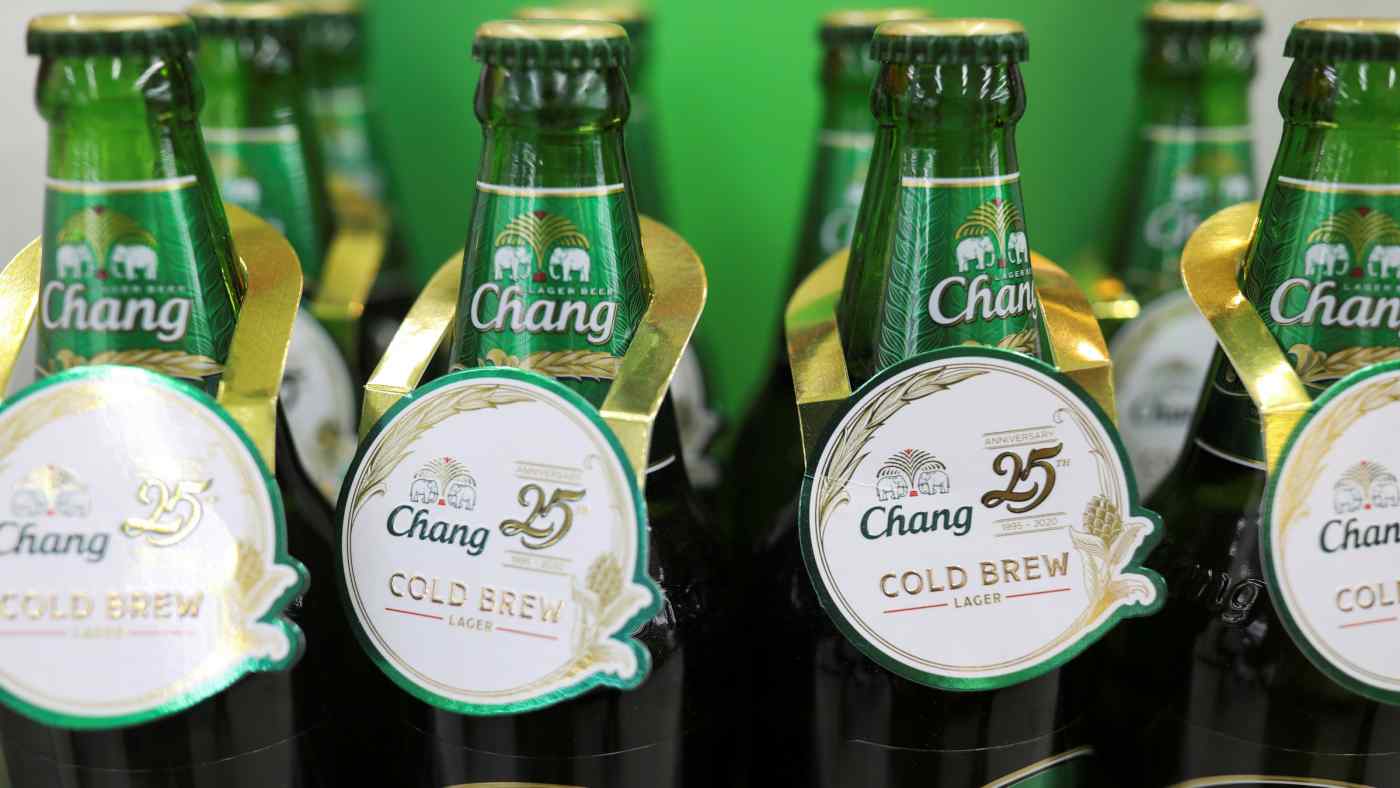 BANGKOK -- Thailand liquor giant Thai Beverage will postpone a proposed initial public offering of its brewery unit, BeerCo, on the Singapore Exchange, the company said Friday, citing a resurgence of coronavirus cases in its main markets.

The deferment came in "view of the current uncertain market condition and volatile outlook, aggravated by the worsening COVID-19 pandemic in Thailand and other countries, which are not conducive for the proposed spinoff listing," ThaiBev said in a statement.

The decision came two and a half months after it proposed the IPO. On April 2, it said it has received a conditional eligibility-to-list letter, one of the requirements for listing, from Singapore Exchange Securities Trading.

"ThaiBev will closely monitor the market conditions, evaluate and explore opportunities to maximize shareholders' value," ThaiBev said. "The proposed spinoff listing will be reviewed at the appropriate time."

In the original plan, the liquor giant sought to sell a 20% stake of the brewery unit through the IPO, which would have given the group an opportunity to raise $2 billion, according to a Reuters report in January.

Thailand is experiencing a third wave of the pandemic. On Friday, the Thai government announced a ban on alcohol sales at restaurants in 18 provinces, including Bangkok, that will last two weeks. It also ordered bars, pubs, karaoke clubs, bathing facilities and all other nightlife entertainment outlets to close nationwide for 14 days. These measures, which are aimed to tame the third wave, will adversely affect sales of BeerCo's products.

The Singapore-based subsidiary carries out production and sales of beer under several brands such as lager-style Chang, German-inspired Federbrau and budget-line Archa. Vietnamese brands Bia Saigon and 333, which were obtained through a $4.8 billion acquisition of Saigon Beer Alcohol Beverage in 2018, are also under BeerCo.

ThaiBev and BeerCo are both parts of larger conglomerate TCC Group, found by Charoen Sirivadhanabhakdi. Charoen was listed as the second-richest person in Thailand with net assets worth of $13.4 billion as of Friday, according to Forbes. Charoen's third child and eldest son, Thapana, is the CEO and president of ThaiBev.

ThaiBev has been listed and traded on the Singapore Exchange since 2006. The parent company originally wanted a dual listing on its home soil but canceled the proposal after receiving thumbs-down from domestic activists. Drinking is considered an undesirable habit under Buddhism, Thailand's state religion.

The deferment could deal a blow to the Singapore Exchange as well. BeerCo's listing would have been the biggest non-trust IPO in years and could have been a catalyst to attract more stock investors from Singapore, Thailand and the rest of the world.

ThaiBev started voicing its intention to spin off and list its beer business in 2019. BeerCo was created last year through internal restructuring to streamline and consolidate the brewery business and operations.