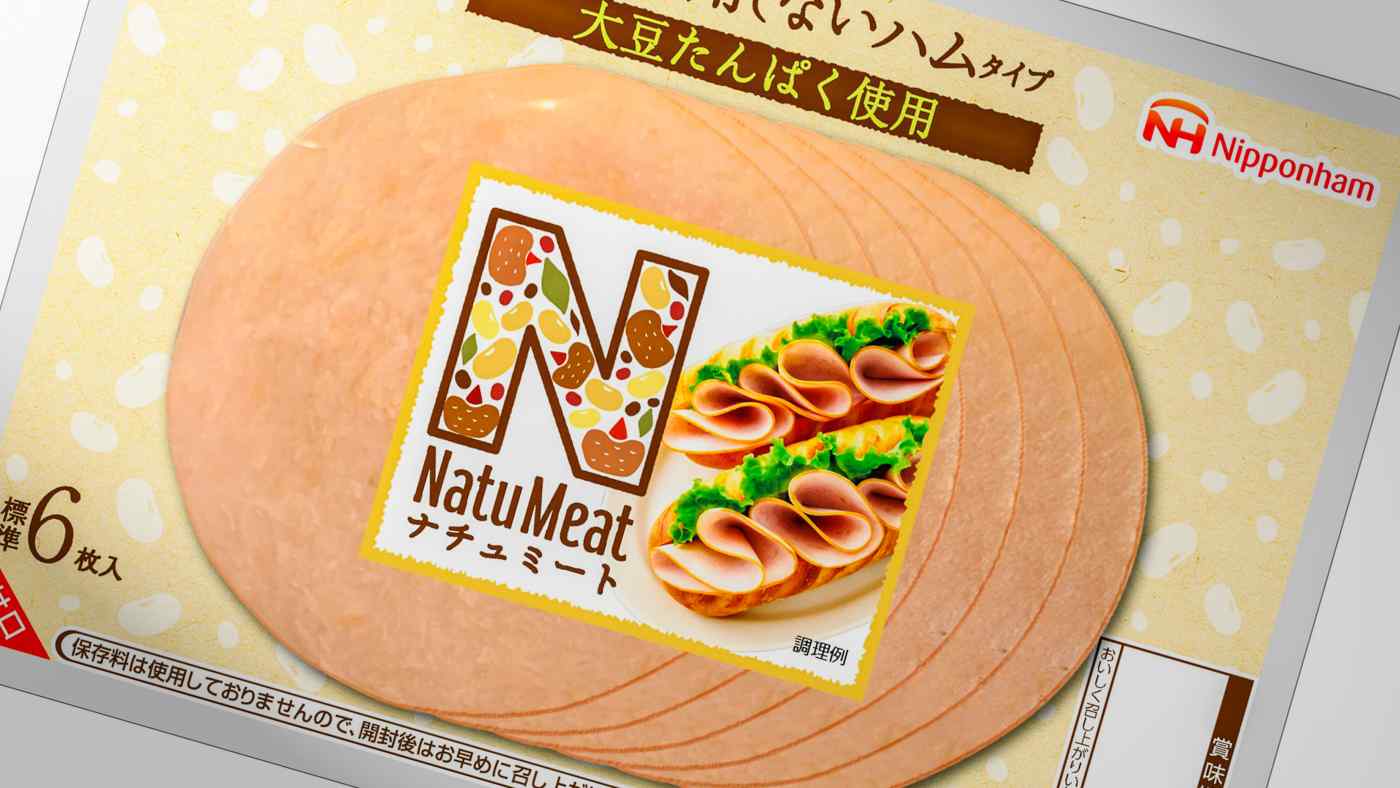 The company will sell ham- and sausage-like items made mainly from soybeans, in response to a globally increasing demand for plant-based meat substitutes driven by growing awareness for better treatment of animals and healthier diets. The move also comes amid a growing awareness of ESG (environmental, social and governance) investment.

Five products, including a pack of six slices of alternative ham, priced at 217 yen ($1.97), as well as sausages and hamburgers, will go on sale in March. NH Foods has set a sales target of 500 million yen for the lineup's first year on the market.

Swiss financial company UBS estimates the combined global sales of plant-based meat products will reach $85 billion by 2030, from $4.6 billion in 2018. In Japan, the market is expected to grow to $308 million in combined sales by 2023 from about $138 million in 2013, according to research company MarketsandMarkets.