BANGKOK -- Thai Union Group is expanding its horizons beyond its canned-fish stronghold, as growing concern about conservation of shrinking fish stocks casts a shadow over its decades-old business model.

The world's largest maker of canned tuna is developing value-added functional foods from fishery products that would otherwise go to waste, and investing actively in companies on the cutting edge of food tech.

The company has earmarked 6 billion baht ($200 million) for investment this year. "We expect 2021 to be our biggest year for investment in the past three years," said CEO Thiraphong Chansiri. "Much of that will go to new businesses."

Recent earnings suggest that Thai Union's existing businesses are doing fine. Net profit for the nine months through September jumped 69% on the year to 4.8 billion baht, thanks to restructuring as well as recent growth in home cooking.

The pivot is more out of concern about the outlook for the seafood industry going forward. As global population growth and overfishing fuel alarm over depleted fishery stocks, seafood producers face pressure to develop a more sustainable business model. Canned seafood generates about half of Thai Union's revenue, and frozen and chilled seafood such as shrimp and salmon nearly 40%. 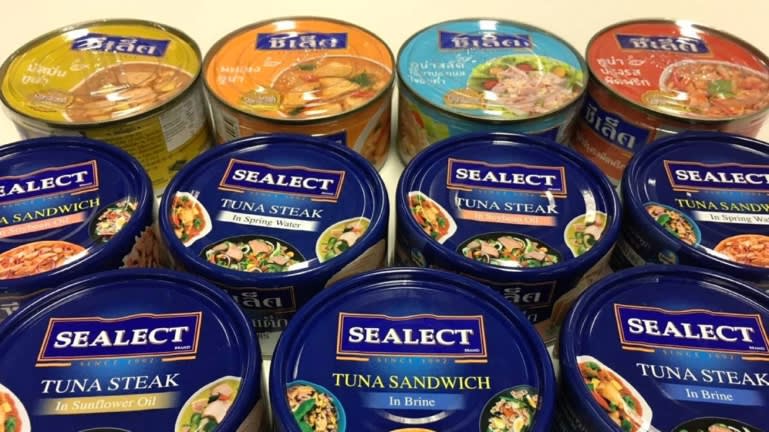 The global leader in canned tuna, Thai Union is looking ahead to address such issues as sustainability. (Photo by Marimi Kishimoto)

"Now is the time when we need to sow seeds for the future," Thiraphong said.

Thai Union is stepping up development of foods and dietary supplements with oil extracted from tuna heads, which is high in the omega-3 fatty acid DHA, believed to boost memory. It is also rolling out a powder made from tuna bone that contains calcium and collagen peptides, which are in demand among female consumers.

The company set up a joint venture in October with Thai Beverage, the country's largest drink maker, to produce and sell functional foods with high nutritional content, looking to make the business a new profit center.

Thai Union is set to launch a new plant-based shrimp product in Thailand, China and Japan this year, according to Tunyawat Kasemsuwan, director for global innovation.

"We want to respond to demand, especially in the U.S. and Europe, to cut back consumption of animal protein and reduce the burden on the environment," Tunyawat said. 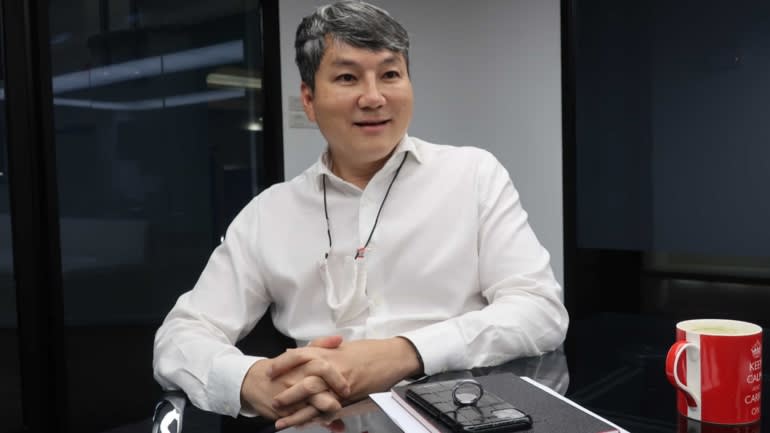 A fund set up by Thai Union in 2019 has provided capital to insect protein companies in the U.S. and Israel, among other businesses, and Thiraphong says it has $30 million ready to invest over the next three to five years. Thai Union set up a subsidiary in Singapore last October to help uncover promising businesses more quickly.

With the help of one of the company's investment targets, Germany-based aquaculture startup HydroNeo, "we've automated water aeration through the Internet of Things," Tunyawat said. "Using only as much air as necessary saves a lot of energy, which reduces electricity costs, the biggest expense in shrimp cultivation."

The increased focus on sustainability is reflected in Thai Union's fundraising methods. The company recently secured a $400 million sustainability-linked loan, which carries an interest rate tied to progress toward achieving fishery conservation goals.

Under Thiraphong, the son of founder Kraisorn Chansiri, Thai Union snapped up big Western brands to fuel its rapid growth. It bought U.S.-based Chicken of the Sea in 1997, during the Asian currency crisis, and France's MW Brands in 2010, in the aftermath of the global financial crisis.

More recently, the company has branched out into the restaurant business with a 2016 investment in American restaurant chain Red Lobster, in which it boosted its stake to 85% last fall. 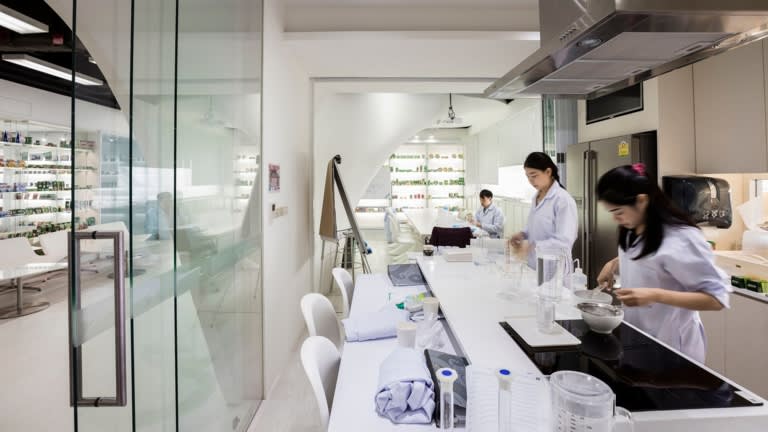 About 70% of its revenue is generated in Europe and the U.S., where investors have begun paying closer attention to environmental, social and governance issues -- a trend that likely encouraged the expansion into fields such as food tech.

Thai Union had aimed to reach $8 billion in annual revenue by 2020, but local media report that it has now set a more modest goal of $5 billion by 2024.

Thiraphong indicated that profit, rather than expansion, will be the focus going forward. "Our existing businesses are strong enough," he said. "M&A is no longer a priority."

He noted with pride that in the 42 years since its founding, Thai Union has "never fallen into the red."

In its mainstay canned and frozen seafood operations, Thai Union is responding to a strengthening baht, high tuna prices and rising labor costs by shuttering unprofitable production facilities and introducing automation technology to cut expenses. Payrolls have been trimmed to 44,000 employees, 5,000 fewer than five years earlier.