TOKYO -- When a Russian woman posted a picture of herself on Instagram giving a peace sign and wearing a crab costume at a Don Quijote discount store, the social media site lit up with comments in various languages, such as "cool!" and "perfect!" The image got 25,000 "likes."

Similarly, a YouTube video by a British man of himself walking around a Don Quijote, calling it Japan's "greatest store," got more than 400,000 views.

"We want to give a wonderful shopping experience to our customers," said President and CEO Koji Ohara. At Don Quijote's Dotombori outlet in Osaka, 60% of sales come from foreign visitors.

The company's sales of tax-free products to foreign visitors jumped 55% on year to 25.1 billion yen ($233 million) in the six months through December, exceeding those of rival department stores Takashimaya and Daimaru Matsuzakaya Department Stores, which had sales of around 20 billion yen each. Robust sales of tax-free products helped Don Quijote's market capitalization top 1 trillion yen for the first time in January.

The chain's outlets in Osaka's Dotombori district, the historic city of Kyoto, and Tokyo's Roppongi and Shibuya neighborhoods are especially inviting to customers with a taste for late-night shopping.

"Drugs, such as eyedrops and stomach medicine, and gummy candy and other foods are popular," said Senior Managing Director Mitsuo Takahashi. 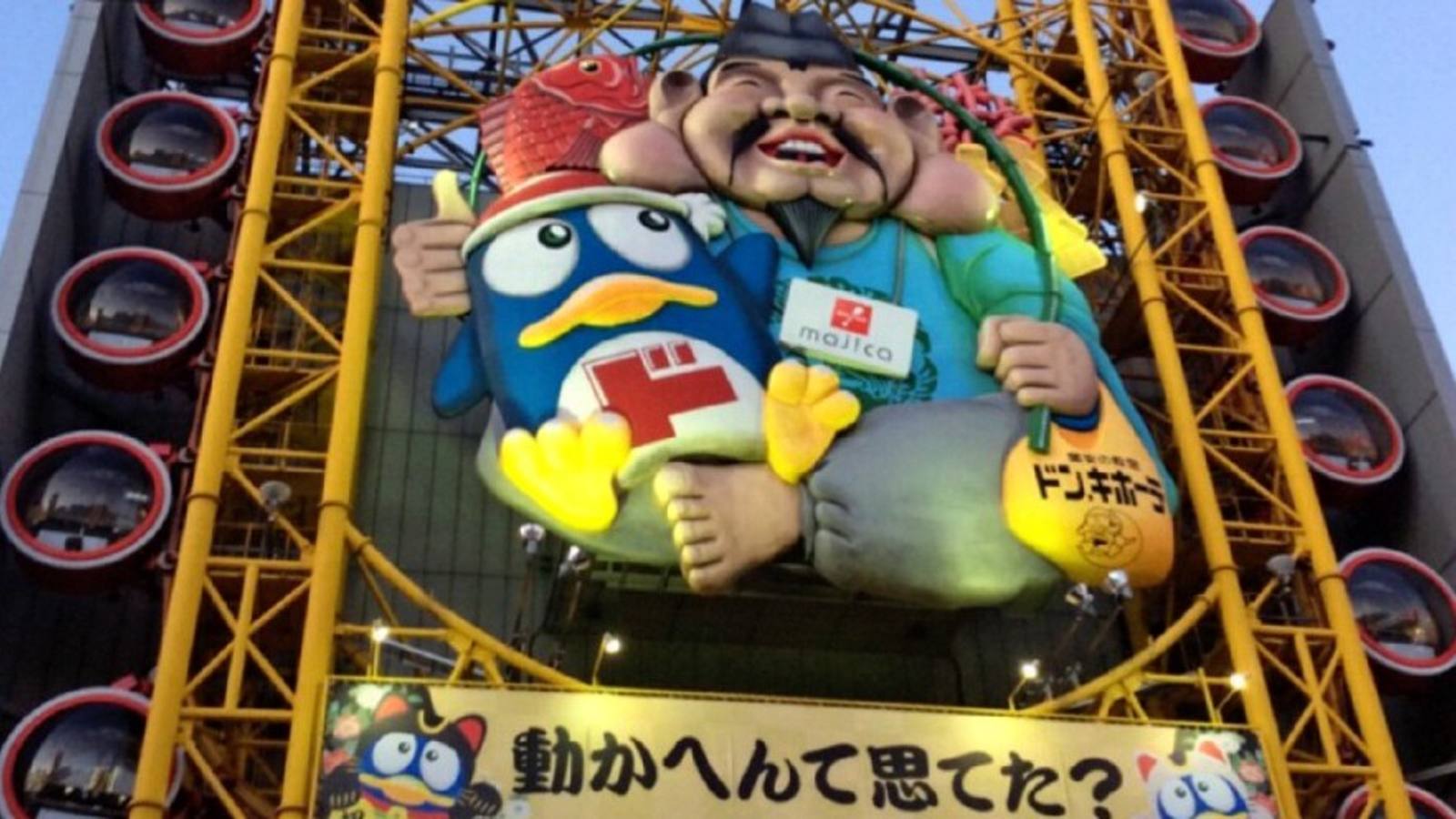 Don Quijote has aggressively kept the prices of flagship products down. Kyusoku Jikan costs about 30% less at Don Quijote than at nearby drugstores.

Tax-free sales to foreigners have been key to supporting Don Quijote's bottom line. In the July-December period, 20% of the sales increase was accounted for by tax-free sales. Net profit rose 14% to 18.6 billion yen.

Sales of tax-free products in the July-December period per customer were flat, but customer numbers were up more than 50% from a year earlier, a gain most likely explained by foreign visitors. A customer examines some of the many items on offer at the Don Quijote outlet Tokyo's Ginza district.

Don Quijote's return on equity was 13% in the last fiscal year, among the highest for retailers. Its ongoing appeal among foreign visitors bodes well for its stock price going forward.