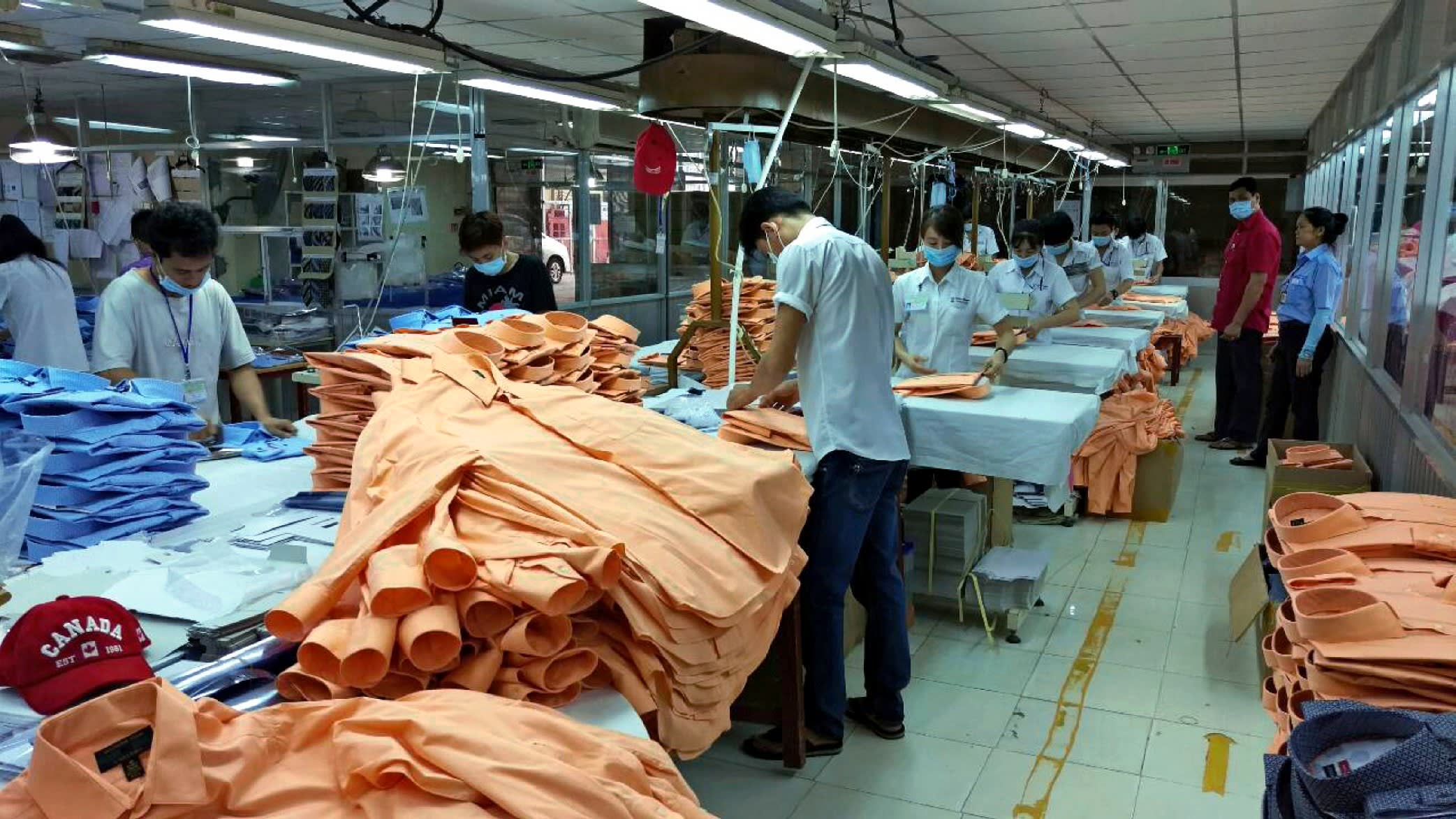 Workers sew clothing at a production line of Chori, a subsidiary of Japan's Toray Industries.

TOKYO/HANOI -- Vietnam is sharpening its competitive edge as an export hub, attracting a flood of overseas investment. Among the influx of eager investors are Japanese textile companies.

Many of these manufacturers are hoping to get a boost from the proposed Trans-Pacific Partnership free trade agreement -- to which Vietnam is a party -- and are ramping up production and exports in the Southeast Asian country with an eye toward boosting U.S.-bound shipments.

For textile companies, the excellent technical capabilities of Vietnamese workers is a big drawing point, even if the labor costs are higher than those in Bangladesh and Myanmar.

Kuraray Trading, an Osaka-based trading house under synthetic fiber maker Kuraray, will spend 300 million yen ($2.51 million) to install a production line for sportswear at an affiliate in the city of Danang, a commercial hub along the coast of central Vietnam. Production is scheduled to start in July.

The Japanese company will produce the sportswear using fabric imported from Japan and export the finished products to the U.S. With this move, Vietnam will account for over 60% of Kuraray's total sewing work, up from the current 55%.

The company is also considering investing billions of yen in textile operations, such as weaving and dyeing, in the Ho Chi Minh City area.

Major Japanese trader Itochu has been building up its presence in Vietnam since well before the TPP began gathering steam.

In 2014, the company established a weaving mill there with a monthly capacity of 500,000 meters of fabric. Itochu also produces shirts at the facility under other brands and ships them to the U.S. and elsewhere. Having doubled the mill's capacity, the company is considering investing in more facilities to enhance its ability to quickly respond to jumps in demand from customers.

Fiber maker Toray Industries has recently been increasing production at a local sewing unit established in Ho Chi Minh City by its trading arm, Chori. The company plans to make the plant a key group production site. Chori ships the finished goods to the U.S. and other markets. To enhance and expand the factory's capabilities, Toray makes a point of recruiting highly skilled individuals from across Southeast Asia.

Japanese cotton spinner Shikibo will lower output at its Chinese sewing factory and increase production at a partner plant in Vietnam. The company will soon start producing bedding fabrics at the latter site.

It may turn out that this "go south" trend among Japanese textile companies will become something of a business model -- one that could very well help revamp the flagging industry.

Companies in other Japanese manufacturing sectors are making similar moves. Major clockmaker Rhythm Watch, for example, will transfer production of wristwatches and desk clocks for the U.S. market from China to Vietnam. At the moment, the U.S. imposes a 7% tariff on imports of finished clocks.

Perhaps the biggest reason foreign companies are increasing investment in Vietnam is that labor costs there are only half those in China. Government deregulation efforts are adding to the country's appeal. Last year, for example, Vietnam began allowing foreigners to own property for 100 years, as well as hold 100% stakes in local publicly traded companies, up from the previous 49%.

Further enhancing the country's drawing power is the fact that in addition to being a member of the TPP and the ASEAN Economic Community, Vietnam also has free trade agreements with South Korea and the European Union.