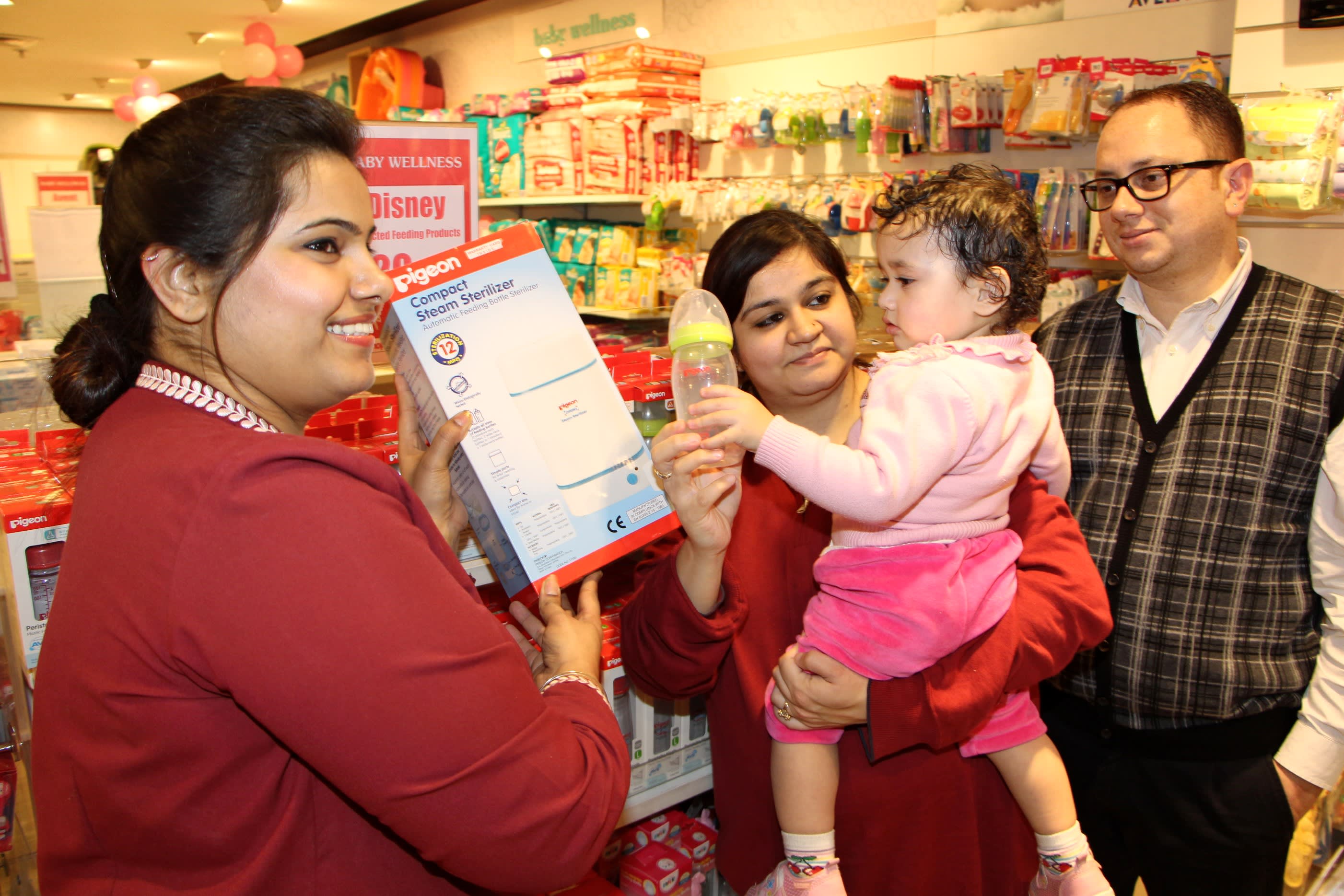 Global companies are gearing up for battle over this consumer.

TOKYO -- Global leaders in baby products are expanding beyond China and Southeast Asia to markets such as India and Pakistan, where they see a golden opportunity amid exploding birth rates and rising incomes.

According to the State of the World's Children 2013 from UNICEF, there were about 135 million births in the world in 2011, nearly half of them in Asia. With their economies booming, competition in the baby goods market has intensified in China and Southeast Asia. Now hopes are mounting that India will offer a growing market as the country boasts more births than East Asia.

The huge population and the low rate of sanitary products in use means there are enormous opportunities, an official at Swedish baby diaper maker SCA Hygiene Products said last November when announcing the firm's entry into India.

At 14 billion rupees ($224 million), India's disposable-diaper market is smaller than China's but grew more than 10-fold in the seven years to 2013. Procter & Gamble of the U.S., the maker of Pampers-brand diapers, is taking on market leader and compatriot Kimberly-Clark, the producer of Huggies diapers, by bolstering marketing in farming villages.

In Pakistan, food behemoth Nestle is producing baby products in four locations. Its infant formula supplements calcium and protein -- in which babies in emerging economies tend to be deficient. With few competitors, the firm is enjoying a near monopoly of the baby food market there.

Japanese companies are also beefing up operations in South Asia. Unicharm, which along with the two American firms forms a trio of leading baby diaper companies in India, will complete construction of its second factory in the country next year in the eastern state of Andhra Pradesh. Baby goods maker Pigeon, which controls half the baby bottle market in China, is building a factory near New Delhi.

"As a baby products company, there's no way we don't pursue South Asia, a market with an extremely strong potential," says Pigeon India President Atsushi Kawaguchi. The local arm targets annual output of 20 million units in 2020, when the planned facility will begin operating at full capacity, with exports and sales to Bangladesh and Pakistan possible.

Food producer Meiji boasts an established presence in Pakistan, where it offers imported infant formula. Having launched its operations there some 40 years ago, the firm's brand power is so strong that infant consumers of its formula are even called "Meiji babies." Sales have been growing about 10% annually in recent years.

But India and other South Asian countries are strikingly different from China in several ways.

First, while China's concentration of large cities in coastal areas makes marketing to well-to-do and middle-income households easier, city dwellers in South Asia are spread apart and distribution networks remain underdeveloped. This means there are limitations to building brand recognition at department stores and boutiques, and establishing good relationships with traditional stores is the key to reaching the middle class.

Japanese companies should also note that their brands do not have the same currency in South Asia as they do elsewhere, warns Naho Shigeta, president of market research firm Infobridge Holdings Group. Household goods sporting Japanese brand names are associated with security and safety in China and Southeast Asia. But in South Asia, "having prices that are both appropriate for the quality and also inexpensive is a prerequisite to competing with local companies," she says.