Foreign housekeepers in Japan to expand amid labor shortage 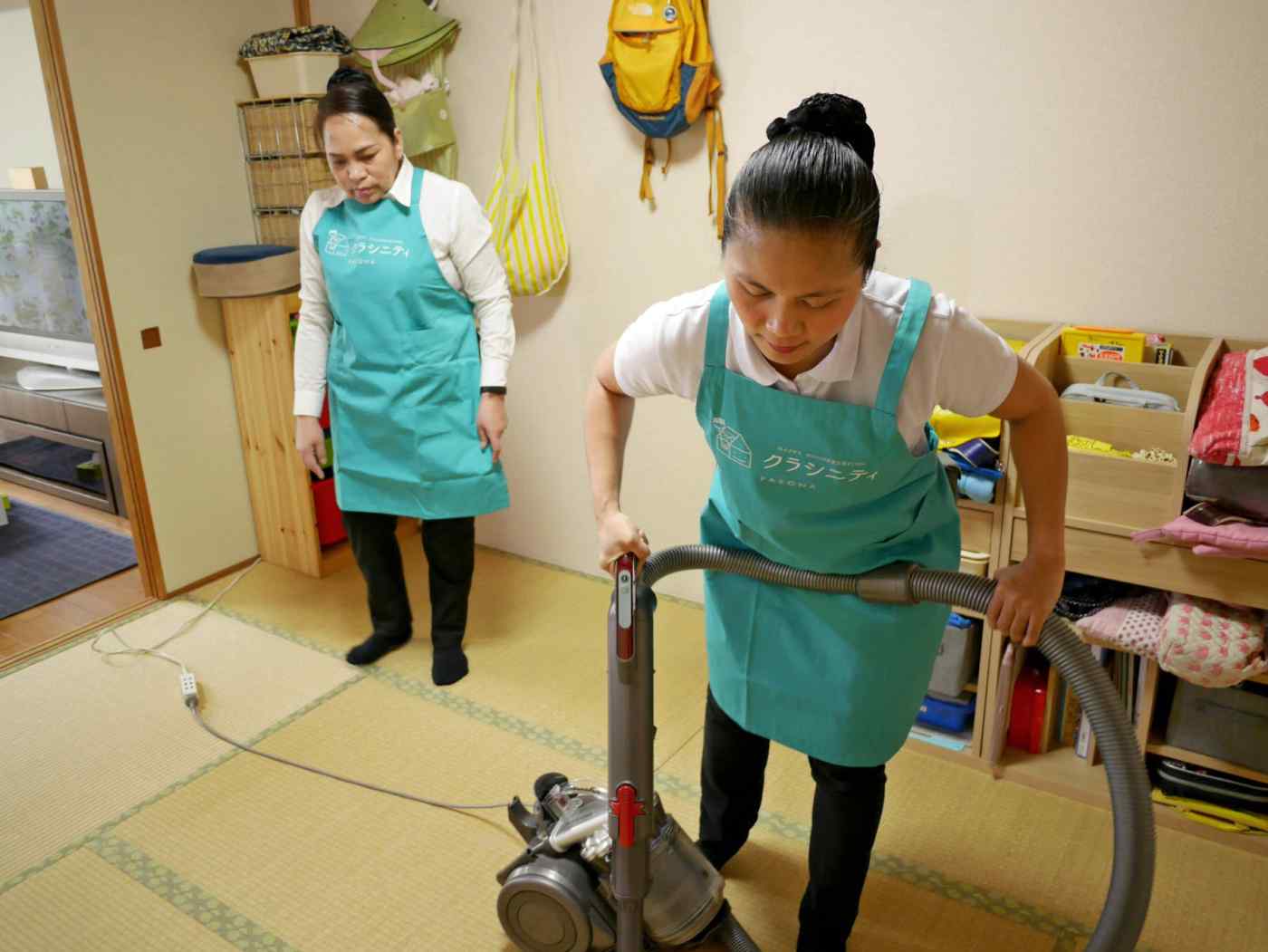 TOKYO -- The six companies approved to send foreign housekeepers into Japanese homes plan to boost staffing of such workers to more than 2,500 by 2021, equivalent to 10% of their current pool of employees.

As Japan strives to maintain economic growth amid a declining population, housekeeping services are set to play an increasingly vital role in keeping people in the workforce. But to support a rise in foreign hires, businesses may need the government to expand the special economic zones in which foreign housekeepers are allowed to work or shoulder a portion of costs such as language training.

Nichii Gakkan's foreign staff will rise to 1,000 by fiscal 2019, with Pasona Group reaching that level in 2020, according to the companies. Bears aims to accept 300 foreign staff over the next three years, while Poppins plans more than 100 hires by 2020. Pinay International, a Tokyo-based company providing services by Filipino permanent residents, eyes an increase of several hundred employees, with Duskin also aiming to take in around 100 new staff over the next five years.

At the end of 2015, deregulation enabled foreign housekeepers to work in the special zones of Tokyo, Osaka and Kanagawa Prefecture, as long as they were hired by companies as permanent staff and paid at least the same salary as a Japanese worker. Each of the regional governments approved three to six of the businesses to operate the services.

Interest appears to be growing among Japanese consumers for foreigner housekeeping services. "Inquiries from customers have surged, with some users waiting about a month for their first session in some cases," says Pasona, a staffing agency which began the business in Kanagawa Prefecture this spring.

"Hiring foreigners with ample housekeeping experience will also raise the quality of our Japanese staff," said Nichii Gakkan, which has hired workers from the Philippines. Bears may launch a housekeeping service catering to foreigners living in Japan.

But foreign staff hires so far have been limited to several dozen employees at most. Comparatively, 1.08 million foreigners were working in Japan as of the end of October, according to the labor ministry.

Housekeeping is projected to balloon to an annual 600 billion yen ($5.27 billion) industry, roughly six times the current size, thanks to increasing dual-earner households and more women in the workforce. Put off by housekeeping's rigorous demands, demand has outstripped the number of available workers. Bears was unable to accept certain jobs between December and February because of a staff shortage.