But does the Taiwanese manufacturing giant have a chance of winning? 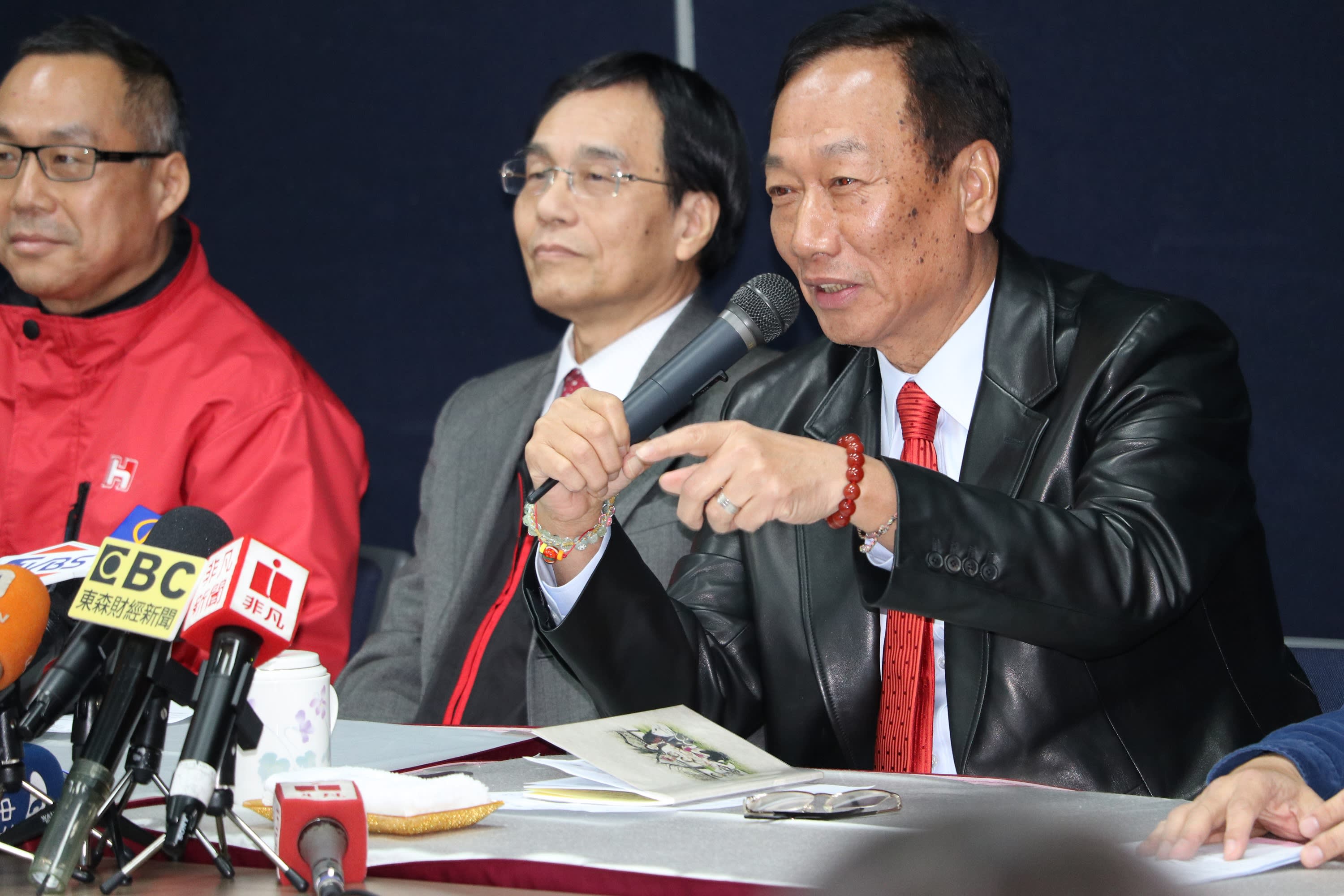 TOKYO -- Terry Gou, chairman of Taiwanese tech giant Hon Hai Precision Industry, better known as Foxconn, appears poised to gamble on Donald Trump's "made in America" campaign, which has U.S. and foreign businesses alike lining up to please the new American president. But is he truly all-in? And if so, does he really have a chance of winning in this high-stakes game?

Gou on Sunday said he is considering splashing out over $7 billion to build a liquid crystal display panel plant in the U.S. He said it would be a joint investment with Apple, Foxconn's paramount client.

News of Gou's plan immediately turned heads not only in Taiwan but also in the U.S. The general view was that the head of one of Asia's biggest manufacturers was dancing to Trump's tune.

Trump's position on foreign investment could hardly be more black and white. Anyone who pumps money into the U.S. and creates jobs there is an ally; anyone who resists the idea, no matter why, is an enemy. Criticism of his protectionist "America first" approach does not faze him. After all, ignoring the most powerful man in the world's largest economy is not an option for foreign companies. It is hardly surprising, then, that so many companies have announced plans to invest in the U.S.

At first glance, it appears that Gou is simply joining the line of executives trying to woo the president. The fact is, however, that he has been pondering the idea of a U.S. plant for years. The momentum began building in December, when Gou's friend Masayoshi Son, chairman and CEO of Japanese mobile carrier SoftBank Group, met with Trump. During their chat, Son told Trump about Gou's idea of jointly investing in the U.S.

It would make sense for Foxconn to make an additional investment in China, a country that has fueled the company's rapid ascent, or shift production from China to countries with lower labor costs. But the U.S.? It is not even clear whether Gou has worked out all the costs that would be involved in such move. He may have in mind the possibility that the U.S. will re-emerge as the world's factory -- a view that has been gaining traction of late.

According to a report published by Boston Consulting Group on Jan. 11, China's manufacturing cost advantage over the U.S. has shrunk to a mere 1%. Though the report used data from the Yangtze River Delta, an area where wages have been rising and which includes Shanghai and the southern part of Jiangsu Province, the narrowing gap between the two countries cannot be explained solely by wage increases.

Another reason for the shift is that things are changing dramatically in the U.S. manufacturing sector. Advances in information technology have improved productivity, and the shale revolution has sent energy costs tumbling.

"When indirect costs for shipping, inventory and other expenses are included, it is now less costly to manufacture a wide variety of goods in the U.S. if that is where they will be consumed," the report said. In other words, it is time for the U.S. to think about making and consuming within its own borders rather than relying on global supply chain networks.

Gou, who is widely respected by the heads of Apple and other global players, is surely aware of the trends taking place in the fast-changing world of manufacturing, and he is certainly not so naive as to let small day-to-day changes influence his broader view. "What we expect in the U.S. is cheap land and electricity," Gou once said. "I hope [the U.S.] will provide them."

In the U.S., local governments often compete to attract auto and other factories once their states have been shortlisted as potential sites for new investments. That will probably not change under Trump.

Carrier, a major U.S. air conditioner maker, scrapped plans to close its plant in Indiana after being criticized by Trump during the election campaign for shifting production to Mexico. In return for shelving the plan, Carrier received $7 million worth of tax incentives from the local government. It would seem that Carrier made a smart choice in letting Trump win the tug of war.

Trump is a property magnate, and he is no stranger to running casino hotels. Contrary to the popular belief that the house always wins, Trump's casino business has filed for bankruptcy protection not just once, but four times. As a gambler, he has not always won.

But Trump's sometimes spotty record in the business world is hardly the biggest concern. A larger problem is the danger that a Trump-led U.S. will not deliver on its promises and will undermine fair and just rules. There are already worrying signs, big and small.

For instance, after his inauguration on Friday, Trump lashed out at the press, arguing that the media falsely put the number of people who attended the inauguration ceremony at 250,000. He called such reports lies and claimed that at least 1 million or 1.5 million people showed up, despite TV footage clearly showing a much smaller crowed. The paucity of evidence to back up his argument did not stop him.

If Trump continues to make such ad hoc comments, not only the American public but also business leaders around the world may start losing faith in the U.S. And there is no shortage of businesspeople who have achieved far more than Trump has in the corporate world.

"There is such a plan, but it is not a promise. It is a wish," Gou said about Foxconn's U.S. investment plan, according to a Reuters report. He seemed to want to stress that the new U.S. plant is not a done deal. The poker match is just getting started.