Says domestic demand for displays huge, but coy on future US investments 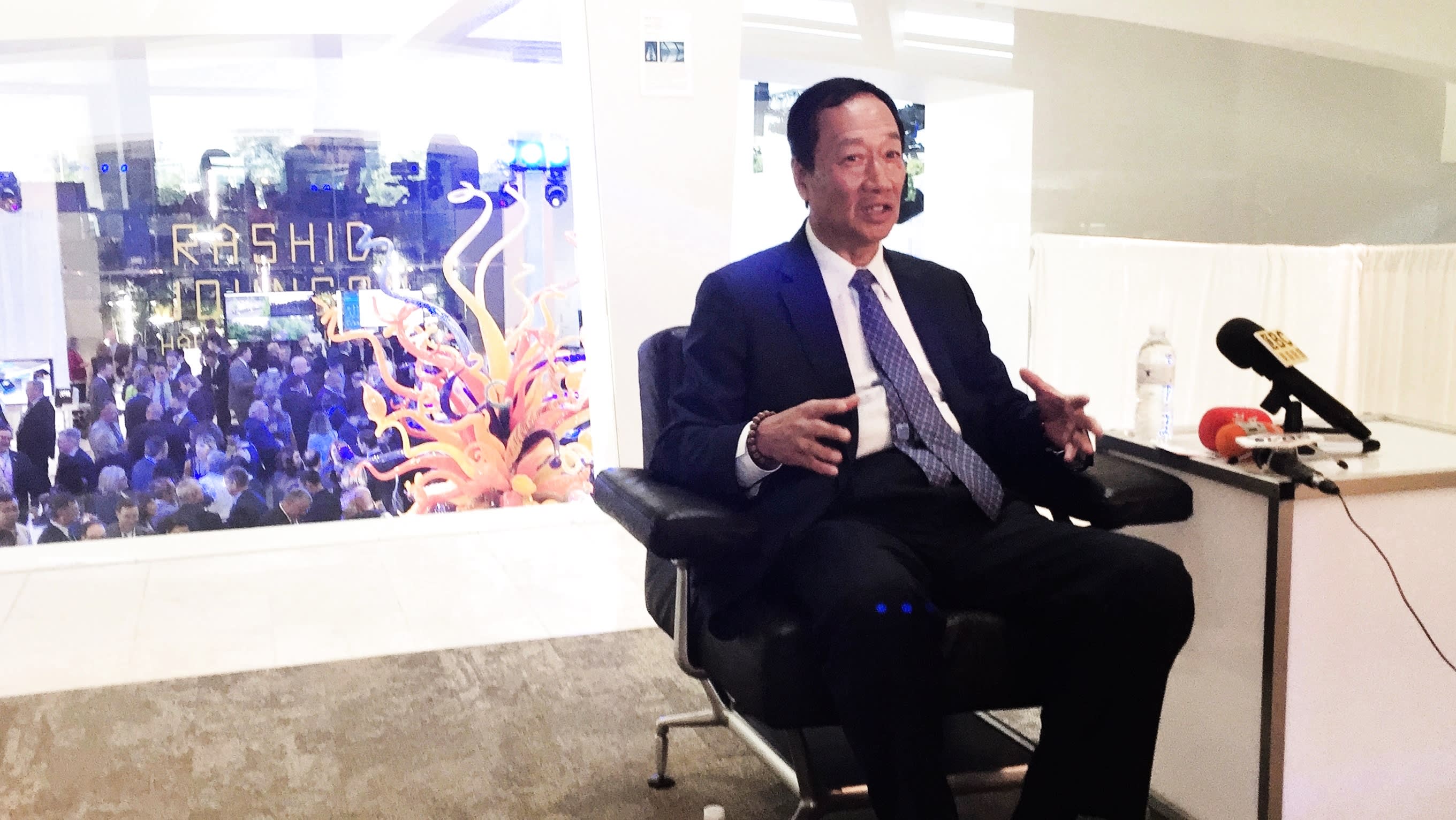 "The [capacity] of the facility we will build will not be able to meet [the] demand of the U.S. market at all," Gou told a small number of journalists on Thursday, adding that he decided to invest in America for its large market size. He did not provide exact figures.

Gou said that the advanced display made by the Wisconsin facility can be used in a wide range of fields, including health care, medical treatment, sports and entertainment.

Sources say that the Wisconsin facility will churn out large TV panels, not small- or medium-size screens for smartphones.

Gou's comments came a day after he and U.S President Donald Trump, along with senior U.S. officials, announced at the White House that Foxconn will invest $10 billion in Wisconsin to build a panel facility in House Speaker Paul Ryan's district.

According to Foxconn and U.S. officials, the facility is committed to creating up to 13,000 jobs offering an average yearly wage of $54,000. Production is set to begin by 2020. It is the largest greenfield investment made by a foreign-based company in U.S. history.

The Nikkei Asian Review first reported last November that Foxconn had been studying the possibility of moving iPhone production back to the U.S. at the request of Apple.

It is not immediately clear whether the Wisconsin facility will produce anything for Apple, or whether the facility is connected to the U.S. tech giant's plan to build three plants in the country, as Trump claimed in a recent Wall Street Journal interview.

Some see Foxconn's U.S. investment as a result of Trump's push to bring manufacturing jobs back to the country, especially in the Rust Belt area, which has lost tens of thousands of jobs to automation and U.S. outsourcing of production overseas.

The Taiwanese tycoon added in the Thursday interview that along with the liquid crystal display panel facility, he is trying to create a comprehensive "ecosystem" in the U.S. Previously, he said that he wants to establish a complete supply chain for the U.S. panel industry.

But Gou did not answer a question from a Nikkei Asian Review reporter about whether Foxconn will invest additional money on top of the $10 billion. He said during the annual shareholders meeting in June that the company could possibly invest more in the U.S.

Before the group interview on Thursday, Gou and Wisconsin Gov. Scott Walker briefed local media and community leaders about the upcoming investments at the state's iconic Milwaukee Art Museum. The two also signed an agreement.

While they did not provide any new details, Gou tried hard to win over the crowd. "This is our home, my home, Wisconsin," he told the local officials and business leaders at the briefing.

Gou was accompanied by his family and several Foxconn executives at the event. Among them were Foxconn's de facto chief financial officer Huang Chiu-lian, Chairman Wang Jyh-chau of Foxconn's display unit Innolux, and Leonard Wu of Foxconn's health care business group. Wu is also the brother-in-law of Gou's wife.

The decision to set up shop in Wisconsin came more than two weeks after Gou left on a trip to the U.S. to discuss investment terms with competing states.

The Wisconsin project is not Foxconn's first large TV panel plant. The company has a similar facility, Sakai Display Products Corporation, in Osaka, and another one under construction in the southern Chinese city of Guangzhou.

Yet the large TV panel market poses significant pricing challenges due to a supply glut created by Chinese companies.

For years, Innolux and its Taiwanese rival AU Optronics struggled to stay afloat. Though Innolux began to turn a profit last year and still earned in the three-month period through June, it warned in a recent earnings call that large TV prices are likely to fall in the current quarter. SDP also suffered losses last year, according to sources.

Samsung is the global leader in display technology. Its advanced organic light-emitting diode, or OLED, panels will be used in iPhones for the first time this year.

While Foxconn's Japanese subsidiary Sharp Corporation has been playing catch-up on OLED technology, market watchers say it will not be an easy task.