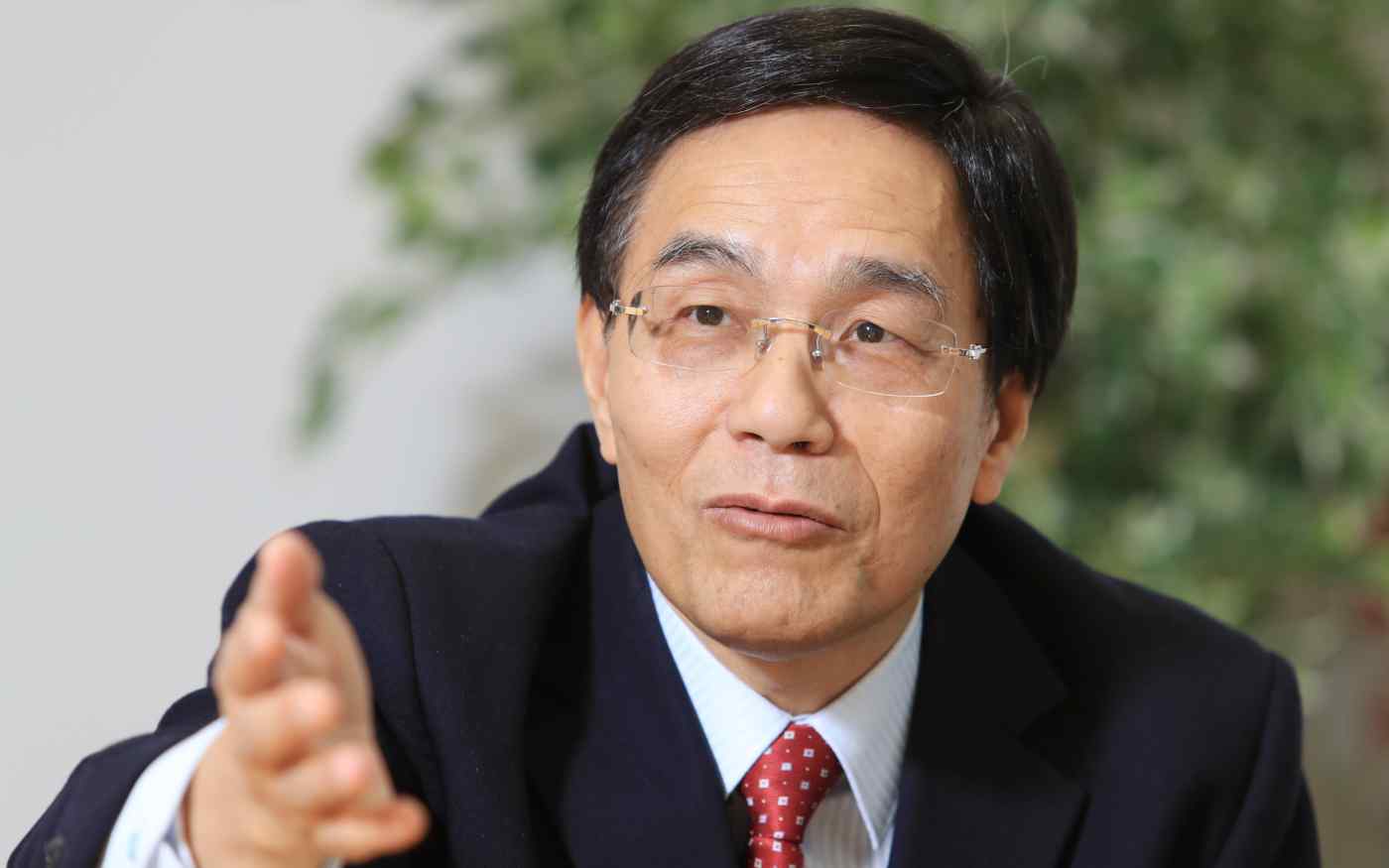 OSAKA -- Sharp has finally regained its edge. Since finding shelter last August in the welcoming arms of Taiwan's Hon Hai Precision Industry, better known as Foxconn Technology Group, the bottom line of the once-ailing Japanese electronics company is looking up.

The company posted a pretax profit in the year ended March 2017 for the first time in three years, with net loss falling substantially to 24.8 billion yen ($217 million) from 255.9 billion yen the previous year. To demonstrate its resolve to go on the offensive, Sharp unveiled in late May an aggressive medium-term management plan that targets a group operating profit of 150 billion yen in the year ending March 2020 -- 2.4 times the latest fiscal year and the largest since the profit of 186.5 billion yen in fiscal year ended in March 2007. 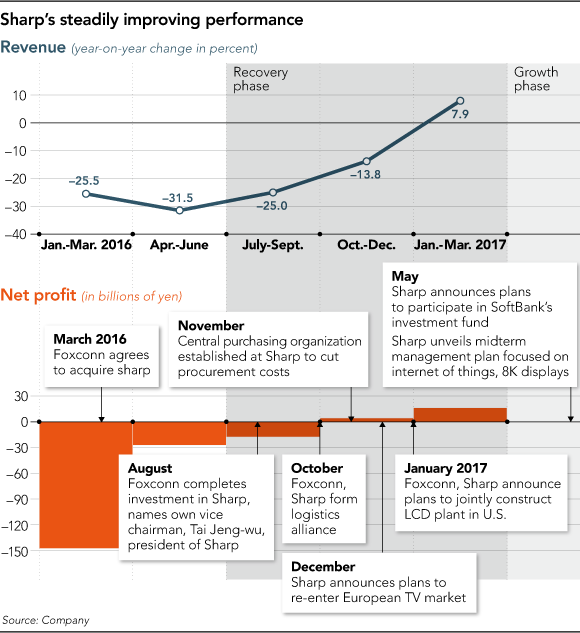 Sharp's surprising recovery in less than a year can be attributed to the top-down management style of new CEO Tai Jeng-wu, former vice chairman at Foxconn and Chairman Terry Gou's close confidant.

Tai is no pushover and pretty much knew what he wanted from the start. Of the seven business strategy proposals presented him by his department chiefs during the company's transition, all but one were rejected out of hand as being too optimistic.

Foxconn management style features a strong, almost patriarchal, top-down approach led by Tai himself. After strengthening his grip on Sharp, he quickly set about to find out what was happening in each business unit, implementing changes along the way to improve earnings at every level. He has not let up since. In order to stay abreast of matters at the department level, he has decreased the amount each can spend without his approval to just 3 million yen.

The CEO is also a fanatical planner. Before taking over Sharp, Tai prepared numerous reports which detailed reforms in more than 10 areas, including personnel, procurement, licensing and legal affairs. At a 10-hour marathon meeting with top Sharp executives immediately after the acquisition, Tai went over the contents of his reports, cajoling those assembled to fundamentally change their mindset.

"Carry out and fulfill your words" is the CEO's favorite mantra, a motto he embraced while working at Foxconn. A Sharp executive who knows Tai well said the mantra "reflects the role Tai played at Foxconn -- transforming Gou's ambitious vision into reality." Thanks to this single-mindedness, the reforms that Tai has steadily implemented have been reflected in Sharp's improved performance. Tai is especially keen on streamlining the company. Last autumn, he spun off the logistics unit as a separate company that operates jointly with Foxconn, and also began joint procurement with the parent company in an effort to reduce costs.

Sharp's Executive Vice President Katsuaki Nomura stressed the success of collaborating with Foxconn during a press conference in April regarding company earnings. "We had initially expected [cooperation with Foxconn] to decrease costs during six months through March this year by 9.9 billion yen," he said. "Actually, however, costs fell over 30% more than our forecast, thanks to the synergy effect."

The uncompromising Tai has also leveraged Foxconn's formidable purchasing power to pressure Sharp's partners into offering more advantageous terms. Tai declared last autumn that he "will renegotiate unequal contracts signed by Sharp's former top executives, using the power of Foxconn." And that is exactly what happened: In February, Tai convinced parts suppliers to modify contracts, the terms of which were causing losses in the company's solar cell business.

Meanwhile, Tai has refrained from massive payroll cuts and plant shutdowns in his drive to get Sharp back on its feet. Instead, he has replaced the former employee evaluation system with a weighted, performance-based system in a bid to increase employee productivity and weed out laggards. Unlike the former seniority-based pay scale -- an anachronism still in place at many Japanese companies -- the new system takes into account each employee's overall responsibilities, and rewards sales staff who notably contribute to achieving profit targets.

While some are enthusiastic about the changes and have been rewarded for their efforts, others who found the new policies uncomfortable have quit -- a fact that does not bother Tai. "I would like employees wanting to work with me to stay," he emphasized. "I intend to rejuvenate the organization with new systems."

The stock market seems to appreciate the new management style, with share prices quadrupling to above 400 yen in the past year. The general shareholders meeting held in June was a peaceful and rather joyous occasion, with shareholders warmly applauding the CEO's remarks throughout.

It is still too early, however, to be overly optimistic about Sharp. Going forward, the company needs to generate profit not just by cutting costs but by boosting its top line. With the medium-term management plan calling for sales to expand to 3.25 trillion yen in the year ending in March 2020 -- a hefty 60% increase from the current level -- Sharp is facing a crucial test.

The company has already publicized a bold strategy to employ high-resolution 8K devices and internet of things products as growth drivers, but the business model to monetize these remains vague, making it difficult to predict outcomes.

One thing almost certain is that the 8K and IoT businesses on which Sharp is pinning its hopes -- as well as the liquid-crystal business, which generates the majority of Sharp's current sales -- are closely related to and significantly affected by Foxconn's strategy. In fact, Sharp already participates partially in Foxconn's plan to invest more than $10 billion in the U.S., primarily to build plants and to create jobs there.

Sharp's future hinges on whether it, in cooperation with Foxconn, can create new value and help its Taiwan parent succeed in large-scale projects like the planned U.S. investment.