TOKYO Two Japanese automakers stand accused of doctoring their fuel economy data to make their cars appear more economical than they are.

Suzuki Motor said on May 18 it has used unauthorized methods to calculate the fuel economy of around some 2.1 million of its cars. All 27 of the Suzuki models developed by the company and sold in Japan since 2010 are affected, the manufacturer of minivehicles said. The models include the Alto and 15 others sold by Suzuki and 11 models sold under other automakers' badges. The revelation followed Mitsubishi Motors' announcement that it had falsified fuel economy data on its minivehicles. The news will raise more doubts among drivers about whether they can trust the numbers carmakers put out.

"I apologize for failing to conform to government rules," Suzuki Chairman Osamu Suzuki said at a press conference at the transport ministry the same day, after submitting a report to regulators on the findings of an in-house investigation.

Suzuki used a composite of data on individual components, such as tires and brakes, from rolling- and wind-resistance tests conducted indoors. The rules require automakers to use a road-testing method known as a "coasting test."

Suzuki said it had resorted to the unauthorized testing method to avoid fluctuations in data from its test track, which it said was affected by the track's proximity to the coastline.

PRESSURE FROM ABOVE Mitsubishi Motors, meanwhile, announced on May 18 that its president, Tetsuro Aikawa, will resign at an annual shareholders meeting in June to take responsibility for an earlier mileage scandal. Mitsubishi has acknowledged fudging mileage data on five models, including its popular Pajero SUV, in addition to the minivehicle models, saying it had published mileage data without the required road tests.

Buyers have been further confused because there were two types of fudging going on. In some cases, the data was simply fabricated. In others, the data was collected in ways that did not follow government rules.

In the case of Mitsubishi, an official instructed employees at a subsidiary responsible for collecting mileage data on behalf of the carmaker to inflate the numbers. There were irregularities for eight of the make's nine models currently being sold, although the data was not wholly fictional. But whatever the subtleties involved, the doctored numbers are a turnoff for drivers, who are abandoning the brand. The scandal is hurting sales of both new and used Mitsubishi cars.

Many used car dealers buy cars at auction. Prices for Mitsubishi minivehicles have dropped as much as 30% for its eK Wagon model since the scandal came to light. Prices for the make's minivehicle class as a whole have fallen by 10%. 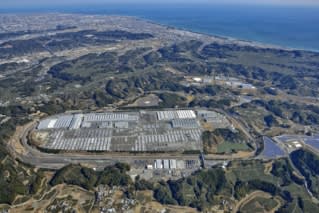 Suzuki, for its part, denies committing any outright fraud in handling its fuel economy data. It says it will continue selling all models on the grounds that no change is necessary to its submitted data, which it says is not that different from that collected through approved testing methods. To keep the wind from affecting road-test results, the company will erect a 3-meter windbreak around the test course by June. It will also smooth the surface of the track by July to collect more accurate data.

Stock market players have reacted differently to the two automakers' scandals. Mitsubishi's stock has fallen sharply and more or less continuously, at one point halving its pre-scandal value. By contrast, Suzuki's plunged on the day when it announced its problem with the mileage data, but the shares bounced back the following day. The stock has fallen by less than 10% since that time.

But Suzuki cannot dismiss the problems as minor. The inflated mileage data initially announced by Mitsubishi applies to four minivehicle models, including those supplied to Nissan Motor -- some 625,000 cars in all. The data measured inappropriately by Suzuki covers some 2.1 million cars.