Fujifilm to keep Fuji Xerox on short leash after scandal

TOKYO -- Following revelations that Fuji Xerox had padded revenue for years, parent Fujifilm Holdings will combine the office equipment unit's accounting and audit departments with its own to strengthen corporate governance.

In an interview with The Nikkei on Friday, Chairman and CEO Shigetaka Komori acknowledged that the parent company's hands-off approach toward the unit provided inadequate oversight. 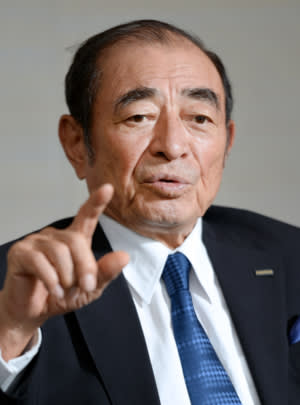 From fiscal 2010 to fiscal 2015, Fuji Xerox sales subsidiaries in New Zealand and Australia inflated income from office equipment leases. A subsequent restatement of past earnings resulted in a cumulative loss of 37.5 billion yen ($333 million).

"Something that damages the trust in the company, something that should not have happened, did happen," he said. "We feel responsible as well."

Fuji Xerox President Hiroshi Kurihara stays on, but six other top executives have resigned over the scandal. Fujifilm has installed seven managers at the unit, including Komori himself, who will be chairman. "We will thoroughly re-educate [the unit] on governance," he promised.

Fujifilm executives will oversee technical and accounting matters, but "we won't hamper the strength of Fuji Xerox," Komori said.

Fuji Xerox generates nearly half of Fujifilm's group sales, and about 40% of operating profit. It has had a strong sense of autonomy within the group. The parent had run it with a light hand, supplying few managers and entrusting it with decisions on detailed matters.

"We thought we shouldn't tell a grownup what to do," Komori said. "That is one approach to governance with that class of company."

To improve transparency in how funds are managed, and to increase the holding company's oversight, Fuji Xerox's accounting and audit operations will be integrated into Fujifilm's by September.

Legal departments may also be consolidated. More details will be hammered out by a committee on strengthening governance headed by Fujifilm Holdings President Kenji Sukeno.

The company will accelerate a strategy that seeks to make document management and other services the driver for the unit's earnings. Fujifilm is satisfied with the current 75-25 split in ownership of the unit with U.S. partner Xerox, Komori indicated.

Komori, who is 77, said he intends to stay in the CEO position for at least two to three more years to work on management reform. He plans to nurture potential successors while fortifying group governance.