Barrier will block only a fraction of groundwater contamination 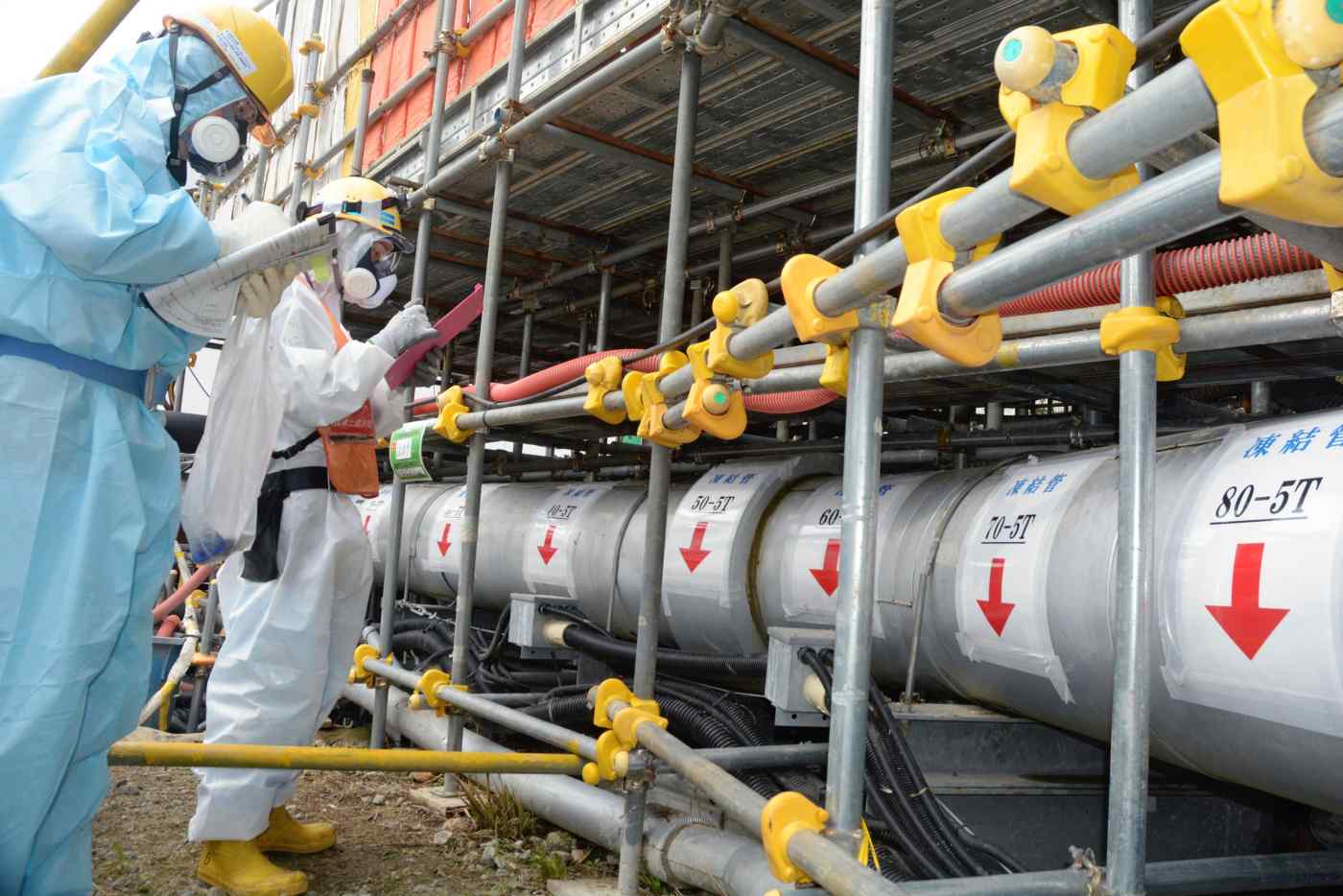 TOKYO -- Tokyo Electric Power Co. Holdings began Tuesday the final phase of an underground "ice wall" around the crippled Fukushima Daiichi nuclear power plant intended to reduce groundwater contamination, though experts warn the bold project could be much less effective than once hoped.

At 9 a.m., workers began activating a refrigeration system that will create the last 7 meters of a roughly 1.5km barrier of frozen earth around the plant's reactor buildings, which were devastated by the earthquake, tsunami and nuclear meltdowns of March 2011. Masato Kino, an official from the Ministry of Economy, Trade and Industry supervising the cleanup, spoke cautiously at the occasion, noting that "producing results is more important than the simple act of freezing" that particular segment of soil.