Funai and Yamada Denki to partner on OLED TVs

Tokyo Olympics expected to usher in next wave of televisions 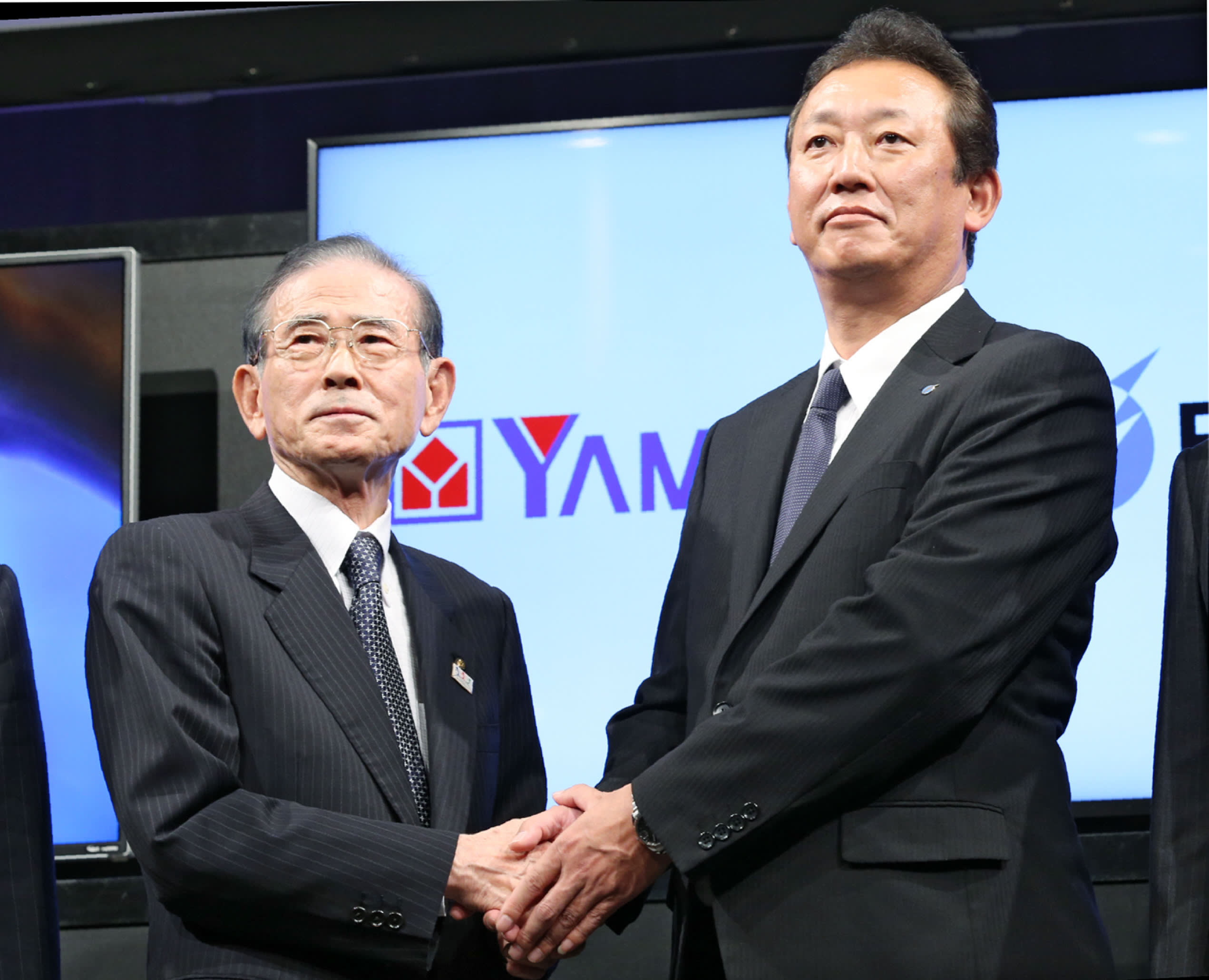 OSAKA -- Japanese electronics maker Funai will partner with electronics retailer Yamada Denki to sell 4K OLED televisions as early as 2018 in preparation for rising demand before the Tokyo Olympics in 2020.

"In 2020 we will reach 20% of domestic market share (on a unit basis), not just for LCDs but also for all products including OLEDs," said Hideaki Funakoshi, president and CEO of Funai, at a product announcement for the company's LCD TVs on Wednesday. Details have not yet been released, but the OLED models are expected to be competitively priced, like their LCD counterparts that go on sale in June.

This year is being called the first of the OLED era. Sony,  Panasonic and Toshiba have also announced new models with organic light-emitting diode displays, but because South Korea's LG Display is the sole supplier of such panels, these companies are distinguishing their products with other features like image processing and acoustics.

Sony's OLED TV will feature a display that also serves as the speaker. Panasonic will use technology developed during the plasma TV era to improve image quality, and acoustics from its Technics brand to improve sound quality. Toshiba will use artificial intelligence in image processing.

"Television demand will steadily expand," predicts Hiroyuki Miyajima, president of electronics retailer Bic Camera. As the Tokyo Olympics in 2020 approach, demand is expected to rise, and another boost is predicted from consumers replacing the TVs they bought in 2009, when the Japanese government sponsored a program to spur appliance consumption. As OLED TVs continue to increase in size -- Panasonic will release a 65-inch version -- some are predicting that the technology will become more popular.

Last year Funai reached an exclusive sales deal for LCD TVs with Yamada, the first entry into the Japanese television market in some time for the electronics maker. Yamada wanted to respond to customer demand for LCD models. The TVs will have better usability and performance. In the first wave, the TVs were equipped with recording functions while prices were kept low. The products are expected to bear the Funai brand name.

As more companies enter the market, some fear downward pressure on prices. Although options will widen for consumers, the reemergence of excessive competition could lead to a war of attrition among electronics makers.