Germany's Kion to overhaul production with sights on Asia 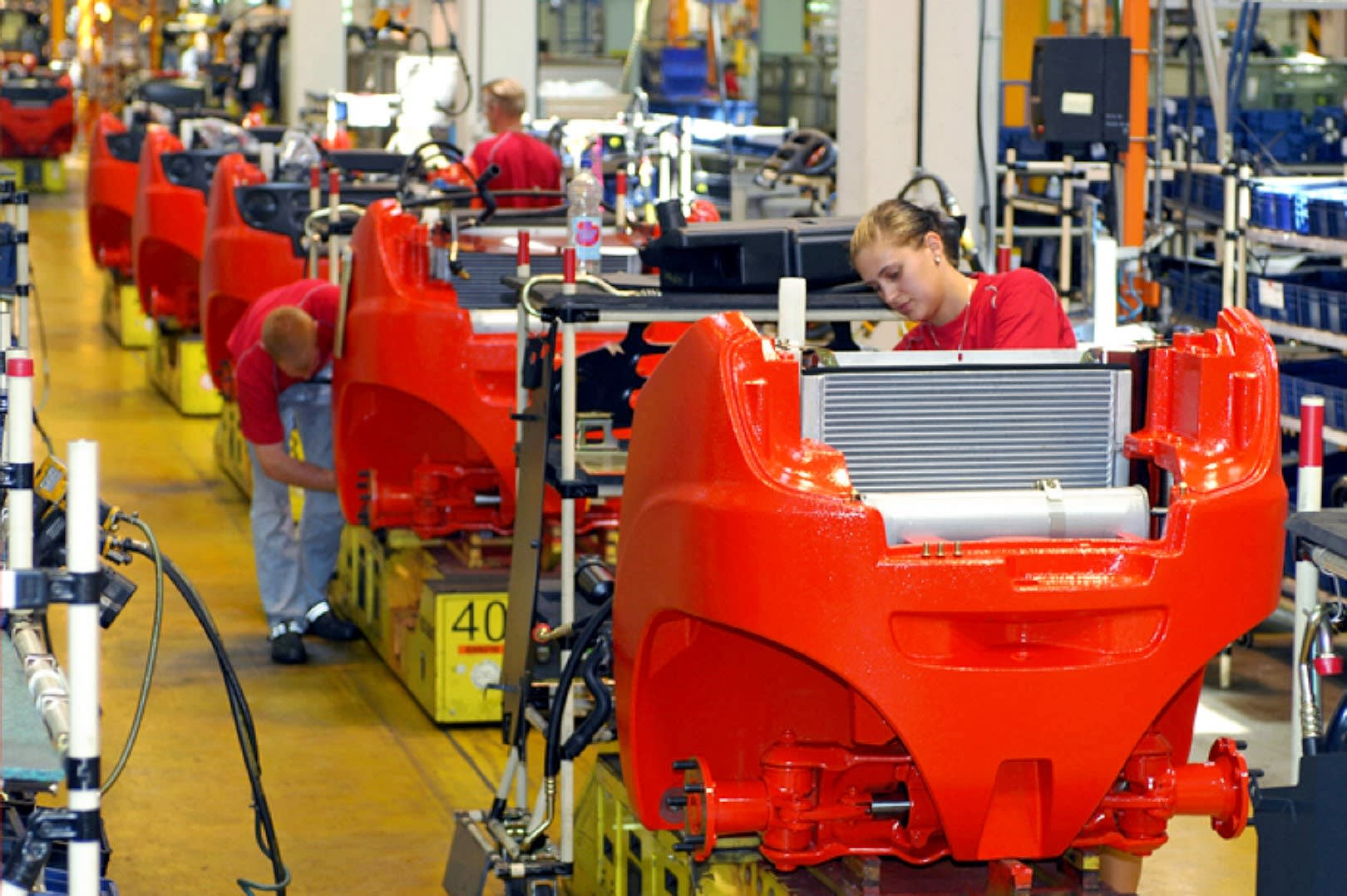 FRANKFURT, Germany -- Germany's Kion Group, the world's second-biggest manufacturer of industrial trucks, will start integrating platforms for its six brands, which target different regional and price segments. It will also make production more flexible at its 14 factories for vehicles and components around the world.

Under its long-term business plan, called "Strategy 2020," Kion said that it will attach importance to the fast-growing Asian and North American markets.

The German company also plans to concentrate its research and development in China and curb costs associated with designing new products in an attempt to boost international competitiveness.

Kion posted revenue of 4.49 billion euros ($6.2 billion) in the financial year ended Dec. 31, with 80% coming from Europe. The company leads in the European market, but has struggled elsewhere, especially in emerging economies. Asia and the Americas in 2013 accounted for 10% and 6%, respectively, of the German company's overall revenue.

The company has six forklift brands, which cater to different regional and price segments. Some of its brands operate globally and others only in specific regions. Kion has three global brands -- Linde, Still and Baoli. Linde and Still are high-end forklifts, while Baoli is a low-end model.

Three regional brands -- Fenwick, OM Still and Voltas MH -- are also under the company umbrella. Fenwick and OM Still are market leaders in France and Italy, respectively. Voltas Material Handling was set up in India in 2011 as a joint venture between Kion and Voltas, a group company of Indian conglomerate Tata group.

Kion's 14 factories around the world will start promoting the use of common platforms and parts to achieve production synergies. The company will also develop a core research and development base in China, while its existing German research center will also be in charge of developing modular components for common use in multiple brands. The German R&D center will also develop high value-added products.

Kion's six brands have so far used a "vertical production" model, one company official said. This production system will be reviewed. By more deeply integrating its different brands, Kion will boost cooperation among its factories around the globe and be able to adapt to market demands faster.

Kion will also step up its profitable service operations, including its businesses in repair and maintenance, and rentals. With some 1.2 million Kion industrial trucks operating worldwide, services account for 44% of the company's overall revenue.

Under its long-term business strategy, Kion aims to boost its EBIT margin -- the percentage of earnings before interest and taxes in revenue -- to more than 10% by 2020, from 9.3% last year.