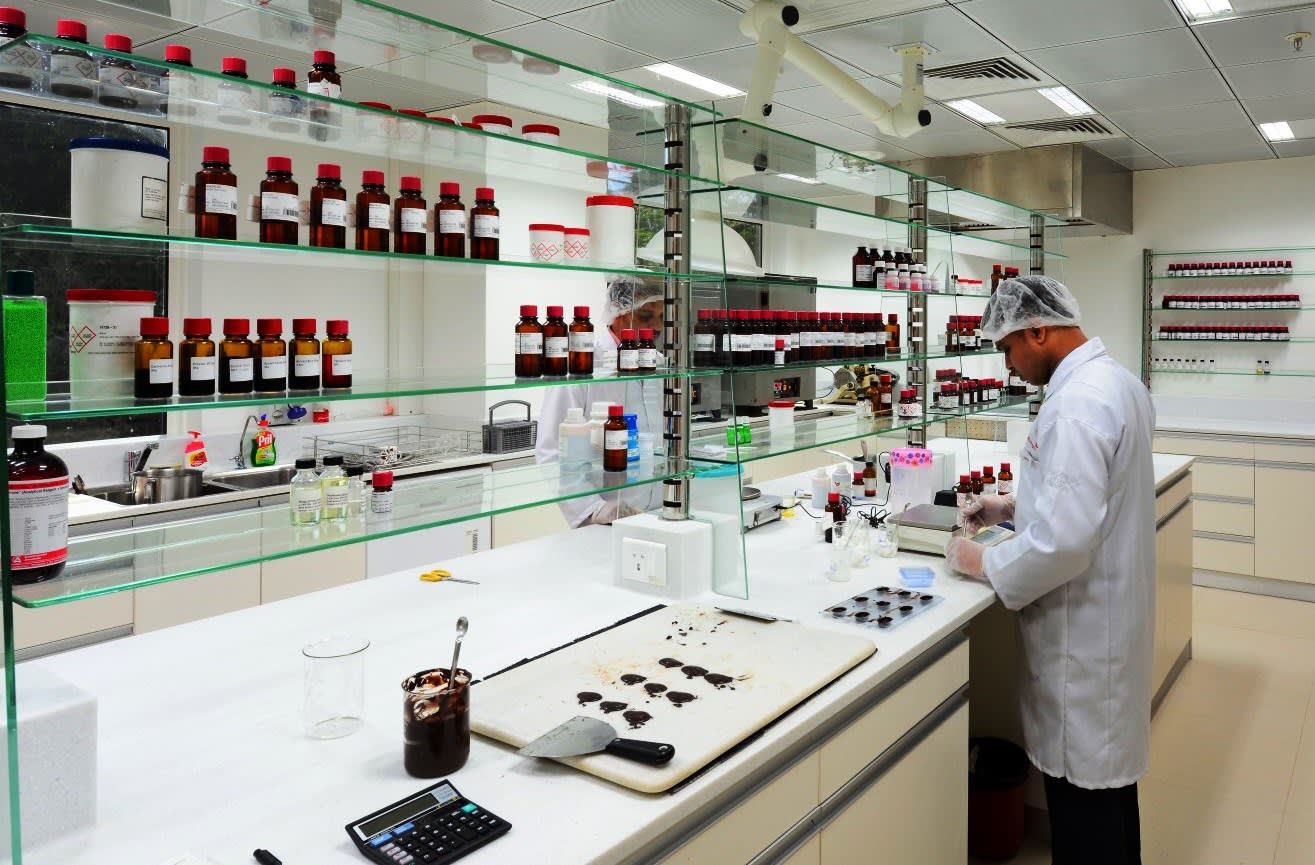 GENEVA -- Givaudan, the world's largest scent and flavor supplier, is pushing up its investment in Asia to meet surging demand in the region.

The Swiss manufacturer of natural and synthetic perfumery raw materials, used in foodstuffs and household goods, established a research lab in India last year. It is now planning to build another research facility in Singapore this year. The company will also open a new factory in China in 2015 and set up a joint venture with a Chinese partner. Givaudan is expanding to enhance its business infrastructure in major Asian countries that have promising market prospects.

The principal purpose of the new Singapore facility will be research-based development of scents used in perfumes, household goods and personal care products for the tastes of Asian consumers. The facility will also produce flavors and fragrances. Givaudan will spend around 100 million Singapore dollars ($80.1 million) on the research and development center.

Over 100 people will be hired for the center, which will become the Asia-Pacific branch of Givaudan's perfumery institution in Paris, according to the company.

In China, the firm will spend 335 million yuan ($53.8 million) to build a plant in Nantong, Jiangsu Province, to manufacture scents and flavors for food and beverage makers. It will be the company's first manufacturing facility in China outside of Shanghai.

The construction of a new plant in Nantong represents the company's largest investment in China since 2006. The factory, which will employ around 100 local workers, will mainly produce scents and flavorings for cooking and snack foods. Givaudan already has three production facilities in Shanghai. But it has decided to build a new factory in response to increased demand.

In a move to ramp up production and rationalize its manufacturing operations, Givaudan has agreed to a joint venture with Chinese fragrance maker Zhejiang Xinhua Chemical. The venture is expected to create scents used in cosmetics and household goods although budget details have not yet been revealed.

On June 26, Givaudan's new factory in Indonesia, built in Jakarta's suburb at a cost of 24 million Swiss francs ($26.8 million), came online. It will make spray dried powder scents for food.

Givaudan's sales in 2013 rose 3% from the previous year to 4,369 million Swiss francs, with sales in emerging countries accounting for 45% of the total. Sales in emerging markets, adjusted for changes in exchange rates, surged 9.7%, compared with a 2.2% rise in sales in industrial nations.

The company's sales were especially strong in Asian markets such as China, India and Indonesia. Its business has also been healthy in Latin American countries including Argentina, Brazil and Mexico.

Givaudan has set a medium-term management goal of raising the share of emerging markets in its overall sales to 50% or more by 2015. The Asia-Pacific region, which provides 27% of its sales, is of increasing strategic importance to the scent maker.

The company paid 3.7 million Swiss francs last year to build a new R&D center in Mumbai to ensure quick and effective responses to the requests of Indian customers.

Givaudan's overall sales of the two categories are almost equal, and both units of the company are doing well. Sales of its flavors rose 2% in 2013, while those of fragrances were up 3%.

The Swiss company is putting greater strategic importance on emerging countries in Asia and other regions because their food, beverage and household goods markets are expanding fast. It is betting that growth in these markets will lead to increased demand for its products.

Rising living standards in emerging nations will also bring about the diversification of products and create a need for new scents in order to increase consumer options.

Scents have a strong impact on the flavors of foods and beverages, therefore scent makers should develop and manufacture ingredients tailored to the tastes and preferences of regional consumers. That's why Givaudan is expanding its R&D and manufacturing operations in Asia by establishing new centers in China, India and Singapore.