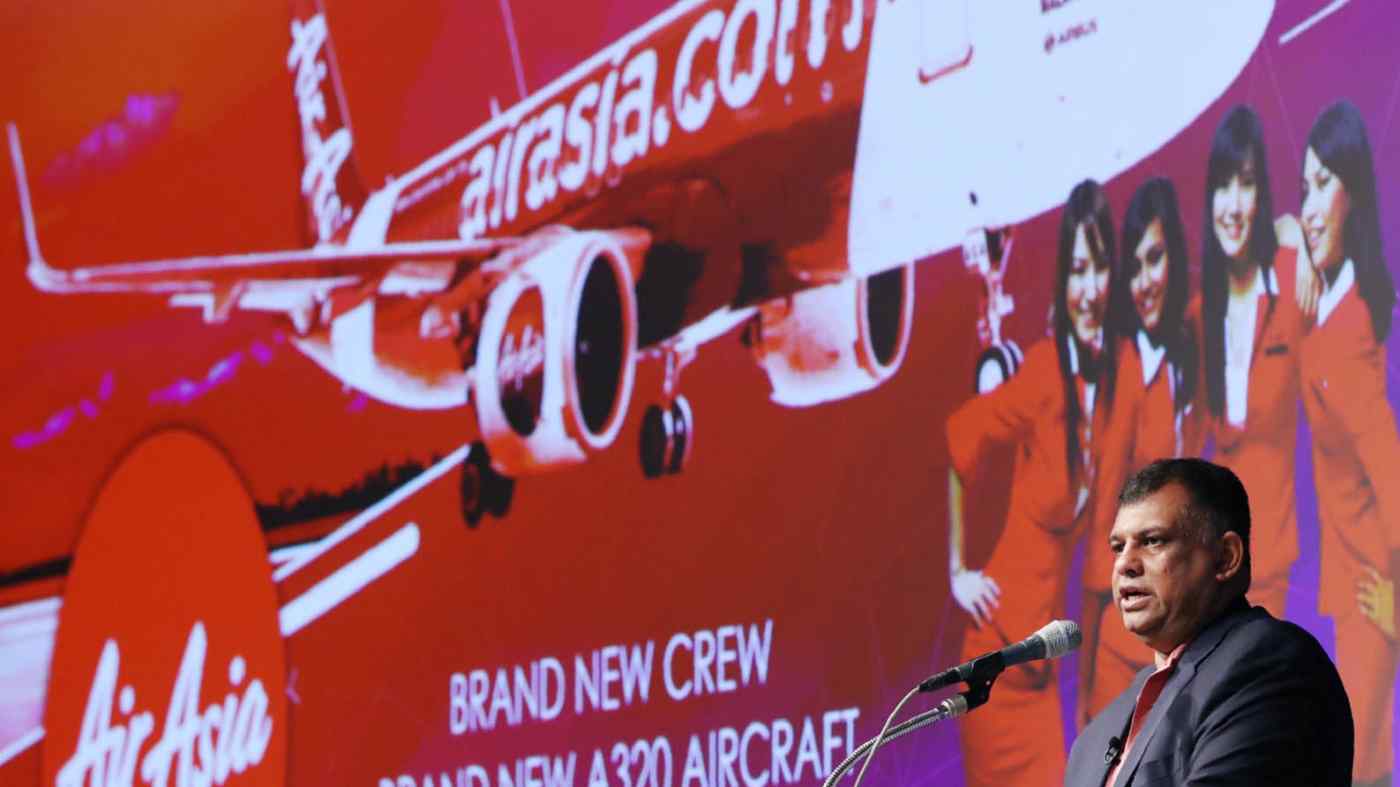 AirAsia Group chief executive Tony Fernandes believes so much in the potential for air travel in and around Japan that he is planning to start programs to train pilots there. (Photo by Shinya Sawai)
CK TAN, Nikkei staff writerNovember 6, 2018 16:24 JST | Malaysia
CopyCopied

TOKYO -- AirAsia, the low-cost Malaysian carrier, plans to turn Japan into a hub for budget air travel in East Asia by increasing routes from Nagoya, its Japanese base, and expand pilot training.

Speaking at the Nikkei Global Management Forum in Tokyo on Tuesday, Tony Fernandes, the group's chief executive, said he had moved from Kuala Lumpur to live in Tokyo to drive the business personally following the failure of an earlier push into Japan.