Chairman says company will globalize further despite US trade war 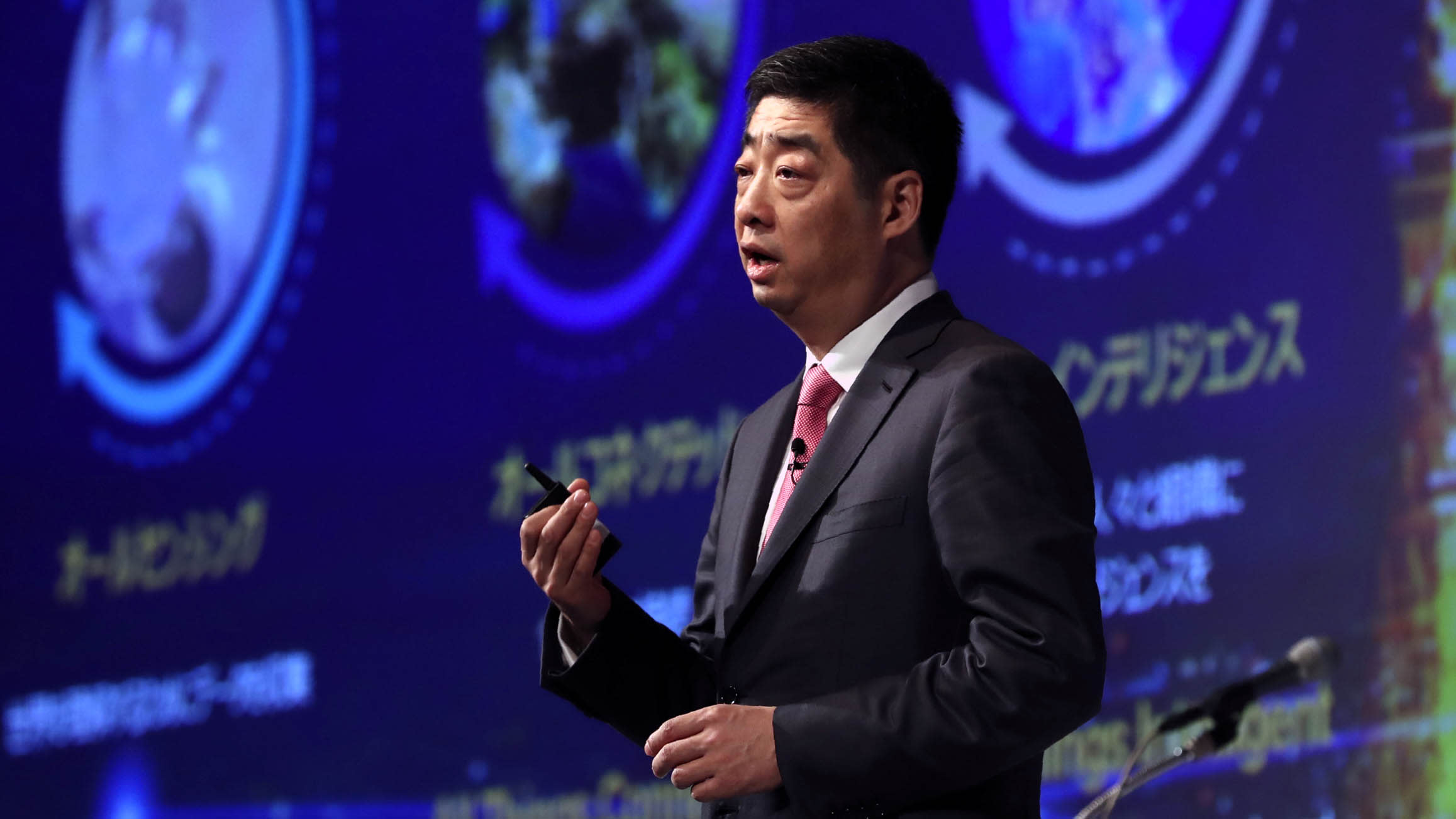 TOKYO -- Huawei Technologies of China, which faces growing claims that it might be snooping on device users on behalf of the Chinese state, said on Tuesday that it is now backing a powerful privacy protection regime spearheaded by the European Union.

"Data protection and privacy protection must be done in a sophisticated manner," said Ken Hu, one of the world's largest electronic equipment maker's rotating chairmen. He singled out for praise the EU's General Data Protection Regulation, one of the globe's toughest personal privacy regimes, calling it "a very good model for the world's business sectors."

GDPR, which gives EU citizens the right to demand companies disclose and delete information held about them, is steadily winning international support from global tech companies, including Apple and Facebook of the U.S. Support from the world's largest telecom gear maker could reinforce its status as the global standard for privacy protection and encourage other governments to consider similar regimes.

Speaking in Tokyo at the Nikkei Global Management Forum, Hu also discussed the impact of the U.S.-China trade war, saying that despite the conflict Huawei would press on with globalization.

Huawei, along with ZTE, has been at the center of the trade dispute between the U.S. and China. The U.S. has barred its telecom carriers from purchasing equipment from the two companies amid concern that using their equipment could aid China's espionage activity, an allegation Huawei dismisses as groundless.

Hu said that the ongoing trade dispute is "really regrettable" and that he is "very much concerned about the current situation."

But he added that the Shenzhen-based company will "promote globalization even further" and pursue partnerships with other countries to deal with the dispute with the U.S.