Fanuc 'in top form' in US as Chinese capital investment slows

Robot maker's CEO points to India as the next big opportunity 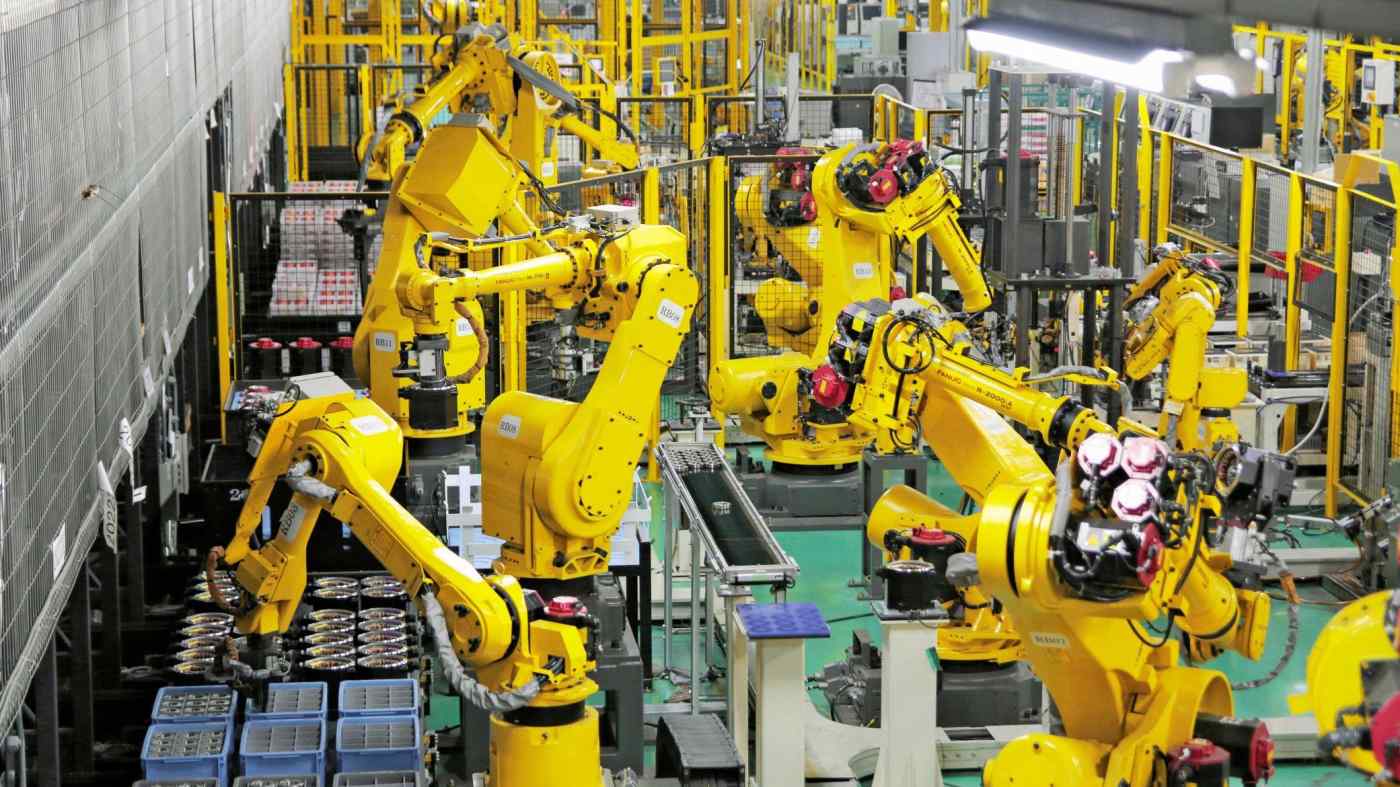 TOKYO -- Industrial robot maker Fanuc's U.S. business is thriving even as investment in China slows under the trade war, the company's chief said on Nov. 7.

"Our U.S. business is in top form," Chairman and CEO Yoshiharu Inaba told the Nikkei Asian Review in an interview on the sidelines of the Nikkei Global Management Forum in Tokyo.

The company plans to launch what it calls the Field system, an AI-based platform for factory machinery, in the U.S. in 2019. "In addition to automakers and component suppliers, aerospace companies are our big potential customers in the U.S.," Inaba said.

In contrast, "Capital investment in China has completely slowed down," Inaba said. He said he has spoken with Chinese industry contacts who said the situation would "continue for half a year at least, maybe one or two years."

Even so, Inaba added, "China still focuses on factory automation in its 'Made in China 2025' policy, so it's a tailwind for us" over the longer term. Fanuc Chairman and CEO Yoshiharu Inaba speaks to the Nikkei Asian Review in Tokyo on Nov. 7. (Photo by Shihoko Nakaoka)

The Trump administration has imposed tariffs on Chinese goods worth $250 billion. Chinese manufacturers that export to the U.S. have been decreasing production or shelving plans to increase investment. "All we can do is wait," Inaba said.

The CEO is optimistic about growth in India, where he said Fanuc's business volume is one-fifth the figure for China. Sales in China came to 215.9 billion yen ($1.9 billion) for fiscal 2017.

The Indian automation market is growing rapidly as the country turns out more cars, motorcycles, textiles and other products. Inaba said Fanuc's Indian operations would eventually catch up to China in terms of volume. A great granddaughter of Mohandas K. Gandhi was appointed president of the group's local subsidiary, and she is to expand its network of 22 branches nationwide.

"Population and size of land, of course, is the key to growth, same as in the U.S. and China," Inaba said. "Moreover, the population of India is still increasing. Improvement in living standards creates a need for industrial products. It is good for us."

Fanuc also hopes to expand its AI-based platform in Asia, but Inaba said the region's sheer diversity means the company will have to adapt to local conditions, including languages and laws.

"Many customers in Asia are interested in our platform, but we cannot help putting a priority on Japan, the U.S. and the European market first."