Hoshino Resorts plans to open Japanese-style inn in US TOKYO -- Japanese hotel operator Hoshino Resorts is planning to bring its traditional inns, or ryokan, to the U.S., to offer customers there a unique cultural experience, said CEO Yoshiharu Hoshino at the Nikkei Global Management Forum in Tokyo on Nov. 6.

"The U.S. is critical for us to operate globally," said Hoshino, seeking to "make investors understand that we can provide higher profitability than Hyatt, Marriott and Hilton chains."

Nagano-based Hoshino Resorts, with a 104-year history, operates 37 facilities, among which it owns 15. Hoshino said that its focus is on the ryokan style of operation, where individual staff members each take charge of a range of tasks, from handling reception duties to cleaning rooms and serving meals.

The company operates four brands, each targeting different customer segments such as families with small children, city tourists, among others. Hoshino said this strategy is the company's key to maintaining high profitability.

"We are examining if we can bring our know-how to international fields or if we need some adjustments ... We cannot compete with foreign giants if we simply operate hotels like them. That is why we need ryokan," said Hoshino. 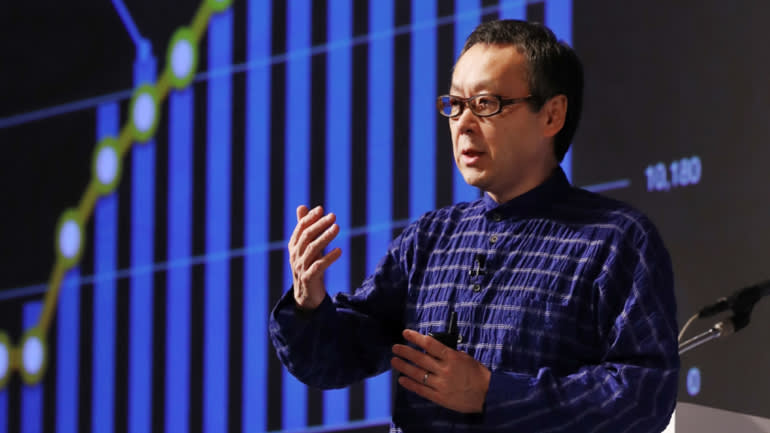 The company said its HOSHINOYA Tokyo is its "base camp to prepare for our foreign expansion."

Hoshino Resorts already operates in Bali, and has plans to open a base in Taiwan next summer. However "we intend to operate in the U.S. even if [it means] we take risks." Hoshino added that the company will "involve local Japanese business people to become ambassadors of ryokan, as they already have experience of such inns."

During the forum, Hoshino also outlined the company's marketing strategy. One of its brands, OMO, launched this year, targeting travelers seeking urban, midrange hotels. This chain won't suit business travelers, Hoshino said, as the hotels will be located at places of culture, rather than near train stations, and won't have business centers and gyms.

The company is planning to open an OMO hotel in the downtown area of Osaka, near Shin-Imamiya station, in 2022. "The area has been undervalued although it has excellent access to Kansai Airport and other tourist areas," said Hoshino. "It is very suitable location for tourists who want the cultural experience," Hoshino said.