Gou goes away from China to spur growth 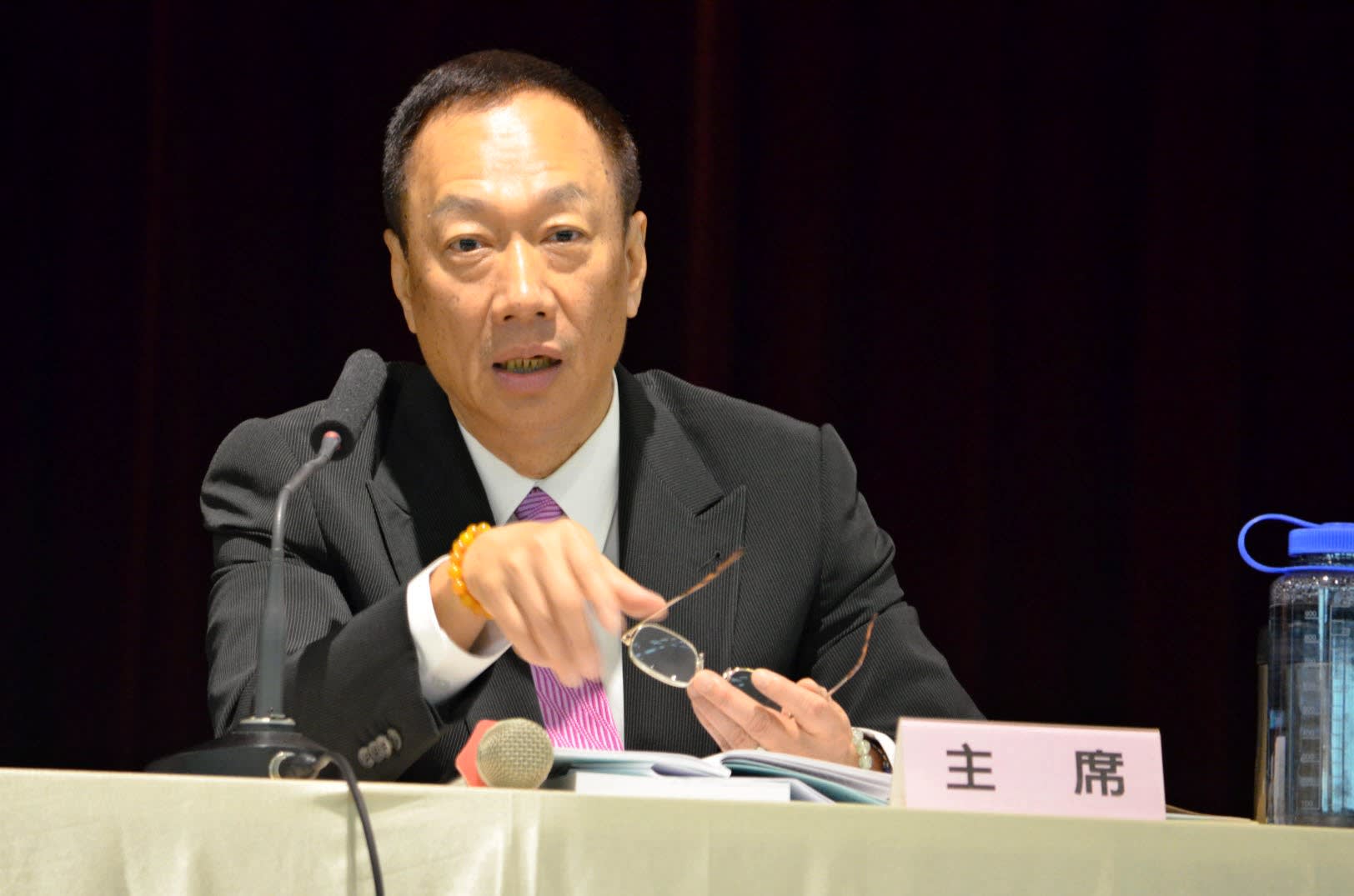 TAIPEI -- Taiwan's Terry Gou, chairman of Hon Hai Precision Industry, the world's largest electronic manufacturing service provider, has expressed his support for U.S. President Barack Obama's advanced-manufacturing initiative. He announced plans last November to build research and development, and production facilities in the U.S. to roll out industrial robots. The Taiwanese company plans to shift production of consumer electronics products from China to the U.S. and boost manufacturing capacity there to meet the demands of major clients such as Apple. 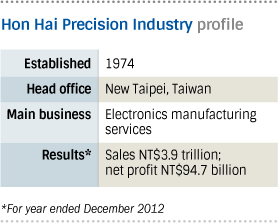 Considered one of Taiwan's most successful entrepreneurs, Gou's every action has received media and public attention. He founded Hon Hai, also known as Foxconn, in 1974. The company became a full-fledged EMS provider in the 1990s. Gou works 16 hours a day and has a natural ability for management that has helped his company win a string of orders from device manufacturers worldwide. In a single generation, he has built up his Hon Hai empire to employ more than 1.3 million.

This year marks the 40th anniversary of the founding of Hon Hai. The company has seen its revenue growth slow due to weak demand for Apple's new iPhones as well as rising labor costs in China. Though Gou insisted that his company will maintain sales growth of 15% for 2013, it seems to have failed to achieve that target. Moreover, capital tie-up talks between Hon Hai and Japan's Sharp remain up in the air.

Hon Hai's ambitions to expand into Indonesia as well as move into the U.S. are likely to be realized in 2014. In so doing, however, the company has to shed its reliance on China as a main production base. It also faces an urgent need to find new avenues of growth beyond its mainstay EMS.

The company's failure to set out a clear vision for future growth could leave it further behind South Korean electronics giant Samsung Electronics, its main rival.